Say 'No' to Bad Science 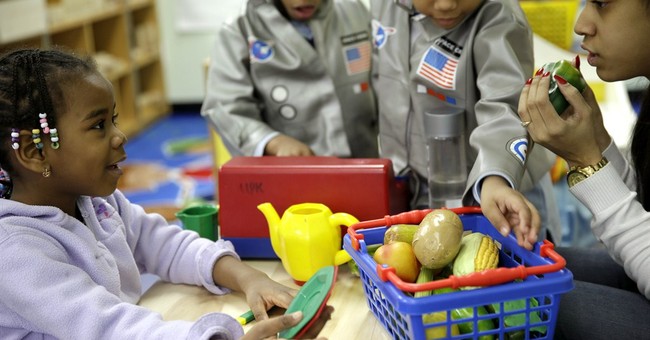 The headline looks like a hoax-- saturated fat does not cause heart disease -- but it's real. This news is more than just another example of changing health guidelines; it's a cautionary tale about trusting the scientific consensus.

For more than 50 years, the best scientific minds in America assured us that saturated fat was the enemy. Animal fat, we were instructed, was the chief culprit in causing obesity, Type 2 diabetes and heart disease.

Throughout my adult life, I have conscientiously followed the guidelines dispensed by the health arbiters of our age. Trusting utterly in the scientific research of the American Heart Association, the Centers for Disease Control and Prevention and the U.S. Department of Agriculture, I accepted the nearly universal wisdom of the medical and nutritional experts.

Boy, did I accept. I practically banned red meat from my diet for decades. Butter? Only on special occasions. Cream? Do they still make it? Lean chicken, turkey and fish, combined with complex carbohydrates and, of course, lots of fruits and vegetables were the ticket, I was certain, to the best odds of avoiding heart disease, diabetes and cancer. When the Atkins diet craze swept the country, I shook my head sadly, half expecting my friends who indulged in it to keel over from heart attacks.

Now, the Annals of Internal Medicine declares that beef, butter and cream do not cause heart disease. Women whose total cholesterol levels are high live longer than those with lower levels.

This is not just reminiscent of Woody Allen's 1973 movie "Sleeper" -- it's nearly word for word. In the future, Allen joked, wheat germ and organic honey would kill you but "deep fat, cream pies and steak" would be regarded as health-enhancing.

How could the experts have been so wrong for so long?

Nina Teicholz, writing in The Wall Street Journal, notes that "there has never been solid evidence for the idea that these fats cause disease. We only believe this to be the case because nutrition policy has been derailed over the past half-century by a mixture of personal ambition, bad science, politics and bias."

It seems that the founding father of the saturated fat theory was a sloppy researcher. In the 1950s, Ancel Benjamin Keys studied men in the U.S., Japan and Europe and concluded that poor diet caused heart disease and other pathologies. He examined farmers living in Crete, Teicholz writes, but studied them during Lent, when they had given up meat and cheese for religious reasons. Still, Keys was apparently charismatic and convincing, and while subsequent research was mixed on the question of fats, cholesterol and disease, the whole nutritional/governmental blob had become too committed to the low-fat orthodoxy to turn back easily.

From the initial anathematizing of eggs, dairy and fat, the experts have been slowly walking it all back. First, eggs were removed from the evil list. Next, we were told dietary cholesterol actually didn't seem to be correlated with blood cholesterol at all. Then the experts explained that some fats weren't bad, and wait, that olive oil was positively good for you. And so on. Today we've nearly arrived at Allen's future. A breakfast of eggs and bacon is, according to the newest understanding, no worse for you than oatmeal. (Though sugar remains forbidden.)

Arguably, the health establishment's embrace of the wrong ideas about nutrition have made the U.S. fatter and sicker than we might otherwise have been. We've increased our consumption of carbohydrates by 25 percent since the 1970s, which may be the reason that Type 2 diabetes is reaching epidemic levels. The switch to vegetable oil from butter and lard may have increased rates of cancer and Alzheimer's disease.

The moral of this story is not to ignore science but to stay skeptical. The scientific method remains the best way yet devised to ascertain truth. But the scientific establishment is hardly immune to politics, fads, bias and self-interest. Bad science is endemic. As The Economist magazine noted in October, "half of all published research cannot be replicated ... and that may be optimistic."

Our experience with nutrition science over the past half-century should arm us with doubt about climate science, too. The point is not to ignore scientific data but to treat all studies, models and predictions with a degree of skepticism. Don't accept the argument from authority: That the entire medical establishment endorsed the war on saturated fat did not make it true.