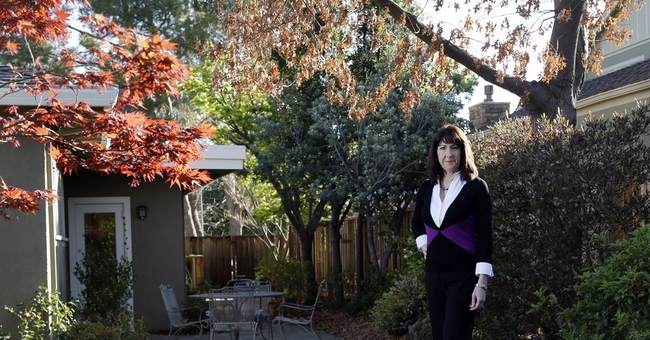 Just because your opponent is hurling baseless or even ridiculous charges does not mean that you are free to disregard them. You may think it's absurd to argue that you are engaged in a "war on women." But contempt for the accusation is not enough.

When Pew asked women voters to rank a list of issues in order of importance in September 2012, abortion was named less often than health care, education, jobs, Medicare, the economy, terrorism, taxes, foreign policy and the budget deficit. The only issues that ranked lower for women voters were immigration and energy. A post-election Kaiser poll found only 7 percent of those who voted for President Barack Obama cited women's issues as most important to their vote.

It's true single women tend to favor Democrats, but that isn't an abortion vote; it's a vote for security. American women are about equally divided between the pro-life and pro-choice positions, with the seesaw sometimes tilting a bit one way and sometimes the other, depending upon the polling question. Most Americans, including most of those who describe themselves as pro-choice, are comfortable with restrictions on abortion after 12 weeks gestation.

What Americans do recoil from is perceived extremism, and that's where Republicans need to learn their lines. In 2012, some Republicans seemed ill-informed and insensitive about rape and pregnancy. The press and the Democrats will always frame questions to abortion opponents as "you oppose abortion even in cases of rape and incest." It's up to Republican candidates to remind audiences that it is Democrats who are the extremists on this question. A possible response: "There are some rare and very tragic cases of pregnancies caused through rape and incest. They represent less than 2 percent of all abortions performed in the U.S. yearly. (Source: Alan Guttmacher Institute). My opponent, however, favors no restrictions on abortion whatsoever. Not for sex selection. Not at six months gestation. Not when the baby can survive outside the womb. Not at nine months gestation. In some cases, not even after a baby is born alive following a failed attempt at abortion."

Sen. Barbara Boxer, whom everyone agrees is a mainstream Democrat, once explained that life begins when you take the baby home from the hospital.

Democrats actually don't like to talk about abortion much. They know that voters are not with them, so they disguise what they're for with euphemisms like "choice" and "women's health." Lately, they've added contraception to the mix to weave their haunting tale of a Republican "war on women."

Who's against contraception? The only Republican on the national stage who has said anything remotely akin to opposing birth control was Rick Santorum. Santorum is a thoughtful guy -- not always a bonus in a candidate. He mused that contraception had been, on balance, a bad deal for women. He also revealed that he and his wife didn't use it, which is way more than we needed or wanted to know. Still, not even Santorum ever said that he would vote to outlaw it.

The Democrats were sly. Obama's Department of Health and Human Services slipped a mandate into Obamacare that requires all insurers to provide contraceptives for free. Not just to indigent women, but to all women. There is already a federal subsidy providing free contraceptives for the poor. In 2010, we spent $2.37 billion for family-planning services. It's the Democrats' great innovation to force middle-class women to subsidize contraceptive purchases by wealthy women.

Women voters are not an army of Sandra Flukes, flocking to the polls for their free diaphragms and limitless abortions, but they do flinch from extremists. It's up to Republican candidates to illustrate who the real extremists are.