Keeping Us Safe From Obama 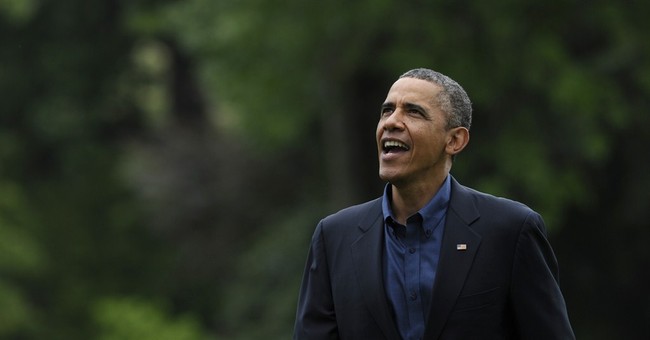 It would be nice to write a column in praise of President Obama for his vigorous conduct of the war on terror -- to praise his willingness to look for "dots" to connect amid all the electronic noise of the communications web. It would be pleasantly nonpartisan to observe that some conservatives are being hypocritical -- denouncing Obama for surveillance of millions of Americans while they were content to permit President Bush to do similar things without protest, just as many liberals are doing the reverse.

Three glaring obstacles stand in the way: One is the memory of the casual smears candidate Obama directed at President Bush. The second is the rank abuse of power his administration has demonstrated, which undermines one's trust that the trove of information the government is sifting will be used only to disrupt possible terror attacks. The third is the administration's pattern of lying -- which undermines any reassurances the president proffers that "nobody is listening to your telephone calls."

Candidate Obama did more than dissent from President Bush's decision to invade Iraq. He asserted that the decision itself was dishonest -- based "not on principle but on politics." He said the war was a "cynical attempt by arm-chair warriors to shove their own ideological agendas down our throats." What that agenda might have been (is removing terror-sponsoring aggressors an "ideology"?), candidate Obama didn't say.

Regarding the larger war on terror, Obama denounced Bush for advancing a "false choice between the liberties we cherish and the security we provide." His administration, he pledged, would provide law enforcement the tools to deal with terrorists "without undermining our Constitution and our freedom." He denounced "illegal wiretapping of American citizens," "tracking citizens who do nothing more that protest a misguided war" and "ignoring the law when it is inconvenient."

"That is not who we are," he scolded.

Mrs. Obama too struck this theme, railing against the supposed reign of fear that Bush imposed. "I am tired of living in a country where every decision that we've made over the last 10 years wasn't for something, but it was because people told us we had to fear something."

In his first inaugural address, Obama intoned, "As for our common defense, we reject as false the choice between our safety and our ideals."

In the wake of revelations that the Obama administration has been engaged in massive data mining of telephone calls, computer use (by foreigners) and other information, the president explains, "It's important to recognize that you can't have 100 percent security and also then have 100 percent privacy and zero inconvenience."

Why did the president only come to his realization after "his team" evaluated the intelligence? Most Americans were aware that the threats from terrorists were genuine without benefit of the "President's Daily Intelligence Brief." Terror attacks tend to make the news. But Barack Obama wasn't an average citizen before moving into 1600 Pennsylvania Avenue. He was a senator. He was on the Foreign Relations Committee and had access to classified information -- all the more reason to believe that he knew that the terror threat was not cynical "fear mongering" by President Bush.

Never has Obama conceded that President Bush acted in good faith -- not even after his "team" assured him that data collection was necessary for thwarting terror plots. No, when Bush engaged in data mining, he was "undermining our constitution and our freedoms." When Obama does it, he is "striking the right balance" between security and freedom.

Obama asks us to trust that he's using power judiciously. Under President Bush, liberals were never given reason to fear that government power was being used to persecute them. Enough said.

The president assures us that "no one is listening to our phone calls," and that may be true. But this administration also assured us that no sweeping data collection on American citizens was going on, that the IRS was not unfairly singling out conservatives, that the Justice Department had not attempted to prosecute journalists, and that the Benghazi attack was the response to a video.

It would be nice to trust the president, but it wouldn't be wise.