Soldiers Take an Oath to Defend America, Not a Rainbow Flag
OPINION

Off to Mecca with Eric Holder's Blessing

Mona Charen  |  Mar 25, 2011
The opinions expressed by columnists are their own and do not necessarily represent the views of Townhall.com.
Top Columns
Trending on Townhall Media 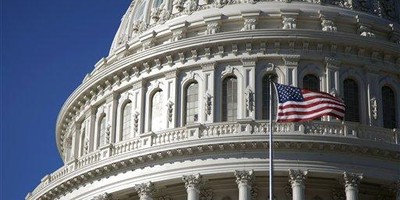 House Republicans Vote Against Banning Earmarks: 'Shameful Display of Swamp Politics' Rebecca Downs
The village of Berkeley, Ill., 15 miles west of Chicago, is small enough to proclaim its population (5,245) on its welcome sign. It is also small enough to escape mention in the national news -- most of the time.

But the village, which, according to The Washington Post, is majority African-American and Hispanic, has attracted the attention of the U.S. Department of Justice. The department is suing the Berkeley School District on behalf of a former teacher.

Here are the facts: Safoorah Khan, 29, was hired to teach middle school math in November 2007. According to her lawyer, she was happy in her job, which included preparing sixth- through eighth-graders for state tests, and running the "math lab." After nine months on the job, Khan requested a three-week leave of absence in order to perform the hajj -- the pilgrimage to Mecca that all Muslims are obliged to undertake at least once in their lives if they can afford it.

Employers are required by law to honor requests for religious accommodations provided that they do not impose "undue hardship" on the employer or other employees. Berkeley officials maintained that a three-week absence in December -- which would have denied the school its only math lab instructor right before exams -- was unreasonable and was not covered by the teachers' union contract. They denied her request. Khann decided to make the trip anyway and submitted her resignation.

She also submitted a letter of complaint to the Equal Employment Opportunity Commission, charging that the school board's refusal to grant the 19-day leave amounted to religious discrimination.

"They put her in a position where she had to choose," her lawyer, Kamran A. Memon, told the Post, and this revealed "anti-Muslim hostility."

The town's former mayor disagreed. "The school district just wanted a teacher in the room for those three weeks," said Michael A. Esposito. "They didn't care if she was a Martian, a Muslim or a Catholic."

Now the Justice Department has taken up her case. Assistant Attorney General for Civil Rights Thomas Perez explains that he took the case in part to combat "a real head wind of intolerance against Muslim communities" and that Khan's lawsuit seeks to ratify the "religious liberty that our forefathers came to this country for." Perez has spoken before of his belief, shared by Attorney General Eric Holder, that "our Muslim-American brothers and sisters" have been the victims of a post-9/11 backlash.

Now we see how Perez and Holder can assert that Muslim-Americans are suffering a "backlash." If they can see religious discrimination in Khan's case, it's no wonder they see it under every mattress.

Reality check: Many first-year employees get no vacation days or time off. Teachers, depending upon their union-negotiated contracts, may get some. But to suggest that refusing a three-week leave at a crucial time of the school year is "discrimination" is just perverse. It's reaching to find a base motive for an obviously sensible decision.

Khan's departure to fulfill a religious obligation that she has a lifetime to satisfy left her students bereft at a critical time. Doesn't Islam also forbid breaking a contract or leaving children in the lurch? Besides, Khan is 29. The next scheduled hajj that will fall during a school vacation will be in eight years. Khan will, God willing, be fully capable of making the trip then. But why accommodate your students and your employer when you can sue?

The selfishness of Khan's behavior was so blatant that even The Washington Post was moved to look for other motives in the Justice Department's decision. "The Obama administration has gone to great lengths to maintain good relations with Muslims -- while endorsing tough anti-terrorism tactics."

This is the same month in which the Obama administration admitted that it won't be closing Guantanamo after all. And President Obama has deployed unmanned aerial vehicles pretty aggressively over Afghanistan and Pakistan. Is this a way to placate Muslim-Americans who may be unhappy about the war on terror?

It may be. Or it may just be another example of the reflex to genuflect before all claims of discrimination -- no matter how baseless. The United States government is asking for back pay, reinstatement, and money damages for Safoorah Kahn. When you elect a liberal Democrat to the White House, this is what you get.