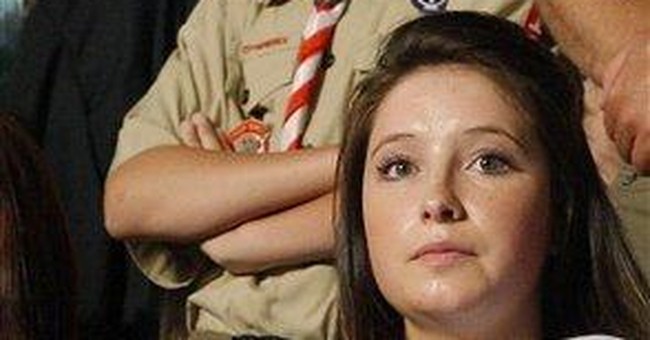 No sooner was Bristol Palin's pregnancy disclosed than many in the liberal commentariat began to beat abstinence education (which Sarah Palin favors) about the head and shoulders. A blogger on the Daily Kos asked, "If Sarah Palin still supports abstinence-only sex education for public schools, after this experience with her daughter, what does that say about her judgment as a policy maker?" Ronnie Polaneczky of the Philadelphia Daily News titled her column "Bristol Palin: Proof that abstinence-only education doesn't work."

Rubbish. The experience of one individual tells us exactly nothing about the wisdom of any public policy. For what it's worth, it seems Ms. Palin may indeed have received traditional (i.e. contraceptive instruction) sex ed in her public school. But in any case, we do not know (and speaking for myself, do not wish to know) anything about the particulars of her pregnancy. It may be that she and her boyfriend used contraceptives diligently and the contraceptives failed. Certainly, this much is undeniable: More girls get pregnant by thoroughly following the recommendations of birth control advocates than do girls who strictly adhere to an abstinence program.

About 20 years ago a Washington Post reporter named Leon Dash made a great contribution to the debate over contraceptives in schools with his book "When Children Want Children." He studied the lives of inner city black families in the District of Columbia. At the time, the conventional wisdom was that many teenagers were having babies because they lacked knowledge of or access to birth control products. Dash interviewed the pregnant girls and they set him straight. They told him (and I paraphrase from memory) "Mr. Dash, we know all about birth control. And we can get them at the supermarket. But we want these babies."

The cheerleaders for contraceptives often overlook that reality in their eagerness to place condoms in the hands of teenagers. They also overlook this sorry fact of life: Teenagers are terrible contraceptors. Though 98 percent of sexually active teens report using at least one method of birth control, 8.4 percent got pregnant in 2000. Fully 25 percent of sexually active teens contract an STD each year. Some of these diseases, like genital herpes and AIDS, are incurable. Others can lead to infertility.

There are other realities that birth control advocates overlook as well. Many teenaged girls do not choose to have sex because their raging hormones overwhelm their good judgment. Many do so because the whole culture, very much including the schools, seems to be pushing them into it. Here is a letter from a reader: "I wish it had been taught or even talked about in my high school ... In 1977 I didn't want to have sex (but) you were considered sort of frigid or not grown up if you didn't go along with what everyone else was doing ... I needed something, anything to point to as a good reason not to (other than my parents) "

According to a recent study by the Kaiser Family Foundation, nearly 30 percent of sexually active teens said they felt pressured into having sex. Ten percent reported having been physically forced to have sex.

There are studies all over the map on the question of whether abstinence-only education works or not. The Best Friends Foundation program boasts impressive statistics over 15 years for keeping teen girls away from sex, drugs, and alcohol. A study using data from the National Longitudinal Study of Adolescent Health found a strong correlation between abstinence and school success (even controlling for factors like family structure, wealth, and race).

Over the past two decades, as more and more school systems have implemented abstinence programs, the rate of teen pregnancy has declined. The number of high school students who say they are virgins has increased, and the abortion rate has dropped. Is all of this good news due to abstinence-only programs? It's a complex subject and the evidence remains inconclusive. And clearly any school abstinence message is practically drowned out by the vulgar and licentious culture all around us. Still, we may be slowly climbing out of the hole we've dug for ourselves. The last thing we should be doing is declaring abstinence education a failure.