The Battle For America Is Only Just Beginning 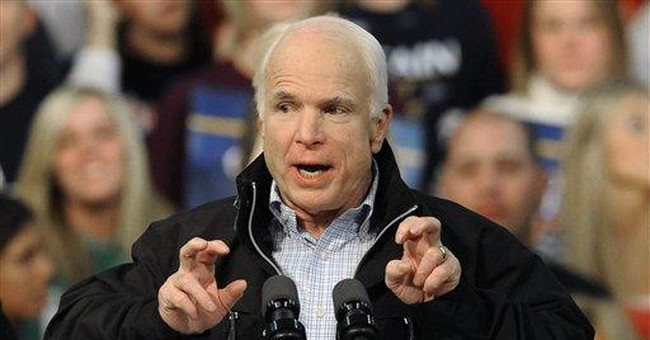 On Tuesday, this prolonged, tedious, volatile, bitter, complicated, controversy-filled election season will finally be over.

The finger-pointing and shouting will subside.

One side will be relieved; the other, resentful.

There will be some Monday-morning quarterbacking, but for the most part, Americans will have to accept what happens and move forward.

The mainstream media will either be smug and content, knowing that it did its part in achieving the nearly-impossible with its open advocacy for one of the candidates.

Or, it will be left with egg on its face, realizing that not all of the American people can be manipulated and tricked into believing things that simply aren’t true.

I honestly don’t know what will happen. This week, I cast my ballot during the early voting process. A number of people in line happened to know me from my radio and TV work and seemed to all be McCain/Palin voters. But also in line were a number of young people, some of whom were voting for the very first time.

I can only imagine who they were voting for.

So I just don’t know.

On a personal note, 2008 has been a pretty horrible year for me. I said good-bye to my wife who lost her battle with cancer. My family continues to experience some pretty challenging personal issues. The economy has battered the broadcasting industry.

But through it all, I’ve tried to hold my head high. My radio company has begun calling me, “the happy conservative warrior.” This began way before the McCain/Palin folks starting talking about “happy warriors” (could they be listening?).

And after Tuesday’s election, I’m convinced that win, lose or draw, we need to focus on being warriors with a smile.

I refuse to give up hope that Republicans will pull off a miracle. America is full of success stories featuring victories by the underdog.

And make no mistake about it, the GOP is the underdog this year.

Democrats have taken the economy and a difficult war and painted a bleak, depressing picture of America, a picture that they (falsely) claim they can change.

Sen. Obama’s half hour infomercial was 30 minutes of sadness: families who are barely surviving, people desperate to keep their heads above water.

Obama’s narrative is that this is a broken country that only he can fix.

We remember that “shining city on the hill”, a country where opportunity awaits.

We know that we persevere, indeed we thrive during the toughest of times.

We will survive this election.

But if this country’s government is turned over to a bunch of radical, liberal Democrats, we know that the fight will literally begin anew.

People will watch shocking legislation unfold, policies will be implemented that will infuriate anyone with common decency, our country will begin heading in a direction that we won’t even recognize.

And we will begin the fight.

We will start the process of battling for every House and Senate seat.

We will roar in disapproval and pick the next GOP candidate to run for president.

And we will take our country back again.

After one election comes many more.