Mike Fuljenz
|
Posted: Sep 28, 2016 10:00 AM
Share   Tweet
The opinions expressed by columnists are their own and do not necessarily represent the views of Townhall.com. 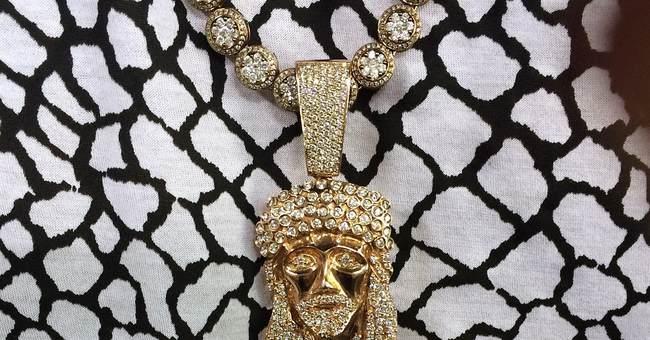 The Presidential election is taking place in the United States just six weeks from now. So far, the gold market is expecting a victory by Hillary Clinton on November 8.  Her win means “more of the same” Obama-style policies coming out of the White House.  Hillary Clinton is the favored candidate of the “establishment” in Washington, DC as well as in big business and the media.  The latest polls show her slightly ahead of Donald Trump but her slim edge over Trump could shrink further as the election nears.

The Presidential debates will go a long way toward changing the voters’ image of these two polarizing Presidential candidates.  But what if a major surprise happens? What if “The Donald” suddenly pulls ahead in the polls, or surprisingly wins the election?  It’s possible. The main problem with many polls is that they tend to ignore voters who like to keep their opinions guarded, or who have never voted before.  When a pollster asks a person whom they will vote for, they don’t want to look like a “reactionary” or a redneck (favoring Trump) so a prospective Trump voter may answer “undecided” or even lie: “Clinton!”

A Donald Trump victory would upset the stock market first, causing millions to sell shares and look for a safer parking place.  As more investors look to gold, stocks could fall and gold could rise.  Since gold is a far narrower market than stocks, if only 1% of the “flight capital” from a Trump victory went to gold, it could send the price up 10% in a week and maybe 25% by the end of 2016, to $1,750 and maybe $2,000.

This is all speculation of course, but there is some historical basis for a sharp rise in gold after the election of a controversial President – like Jimmy Carter in 1976, or the disputed win of George W. Bush in 2000, or Barack Obama in 2008. Gold also rose sharply during the 1974 decline and fall of Richard M. Nixon.

Georgette Boele of the giant Dutch bank ABN Amro has charted gold’s price appreciation or decline through the administrations of every President since Gerald Ford. According to her research, gold’s biggest price gains came under Jimmy Carter (+338.5%), followed by George W. Bush (+223.9%) and then Barack Obama’s first term (+89.9%).  Carter’s policies brought high inflation and recession (dubbed “stagflation” at the time), which pushed gold up to $850 at one point.  George W. Bush’s election was highly controversial due to the disputed Florida vote count, but the main engine of gold’s growth in his first term was the 9/11 attack and the resulting war against terrorism that has been going on since then.

Obama’s first term was marked by massive spending and stimulus bills – including “cash for clunkers” in his first year in office – and budget deficits over $1 trillion in each of Obama’s first four years in office.

Looking forward, Georgette Boele of ABN Amro foresees gold staging a “moderate” gain to $1,650 if Hillary Clinton wins, but significantly higher, to maybe $1,850, in the years following a Trump victory:

“If Trump were to become President … gold prices will likely perform well, because we expect that his policies will be inward looking and will weaken the fundamentals of the U.S. economy. In addition, his rhetoric and possible policy actions could create domestic and international uncertainty at best, and upheaval at worst. Our U.S. economist expects that economic growth would be weaker. This will likely result in a more substantial rise in gold prices towards US$1,850 per ounce over the coming years.”  -- ABN Amro

Citigroup has advised investors to sell stocks and bonds – and buy gold – BEFORE the election, if Donald Trump starts rising in the polls.   Their reasoning is that if Donald Trump begins to lead in the polls, gold could move up sharply before the November election, since markets tend to price-in any expected outcome.  Citi sees gold rising to $1,400 this year if Trump wins, as investors run to safety.

Rob McEwen, founder and former chairman of Goldcorp, told Bloomberg that either Clinton or Trump would be “positive for gold,” pushing prices to between $1,700 and $1,900 by the end of 2016.  He reasons that Hillary Clinton and the Democrats (if they win Congress, too) will be very accommodative, similar to Barack Obama’s first term, over-spending on the many new benefits she has promised.

For example, as a former teacher, principal and school board president, I am appalled at Hillary Clinton’s embarrassingly simple “free” college plan for families making $85,000 or less.  It mandates no typical requirements for admittance, like other college scholarships, including core courses passed, GPA and standardized test scores. Amazingly, her plan has no typical requirements for remaining on scholarship, like hours passed and GPA requirements. Of course, she does not spell out how this exorbitantly expensive project, $500 billion over ten years, will be paid for. If this is indicative of all her other “detailed” plans of governance that she posts on her websites, our country will be in big financial trouble.

There is no way to know in advance where gold will go before or after November’s election, but there is clearly no fiscal “conservative” running for office.  Both candidates promise large spending programs of one kind or another.  Even if a fiscally conservative Republican Congress, led by Paul Ryan, could put the brakes on some outlandish spending programs of either President, budget deficits will likely continue to grow over the next four to eight years, necessitating more “quantitative easing” (easy money) by the Fed.

We can’t escape the fact that both Clinton and Trump are very unpopular candidates.  The national debate and contention over their ideas won’t end after election day.  Much of America, maybe most of us, are embarrassed to some degree by Clinton and/or Trump.  If anything goes wrong – and it always does – any bravado by the new President will not be enough to rally the divided American people behind him or her.

In the meantime, random acts of terror or unrest are bursting out all over America and Europe almost every week.  Continued uncertainty is often a bullish factor for precious metals.  No nation in Europe or North America can possibly “vet” all the various immigrants or refugees from lands with a terrorist background.  Since young males are far stronger and more mobile than elderly folks, or women with children, most immigrants are males age 18 to 35 – those most responsible for acts of terror over the last few decades.  If Clinton is elected, it’s clear that more potential terrorists will enter America.  At a law enforcement banquet I recently attended, William A. Gavin, retired director of the Miami and Denver FBI offices, spoke.  His expertise is often consulted by various national TV programs. He told us not to be misled by the hope that a huge army of new investigators can properly review all the credentials (many of which are fake) of each and every immigrant or secretive cell of angry young males.

Wise investors will position themselves for either outcome.  If Donald Trump is elected, gold is likely to grow faster than if Clinton is elected, but gold should rise relatively rapidly under either new President.

It’s important to remember that rising gold prices tend to increase the number of ads about gold products, which in turn increases the number of potential customers contacting coin dealers – either on-line, or by phone or in coin stores. Current customers also increase their rate of buying when gold is rising, making some rare coins harder to locate.  The most important lesson I’ve given customers in my 22 years in this business is that it is better to buy the right coins two months early than two months late.  The upward moves can be sudden, sharp, and very profitable.  Make sure you are ready for gold’s next big move.