How HB2 Can Help Flush Out Bad Recruits

Mike Adams
|
Posted: Jan 26, 2017 12:01 AM
Share   Tweet
The opinions expressed by columnists are their own and do not necessarily represent the views of Townhall.com. 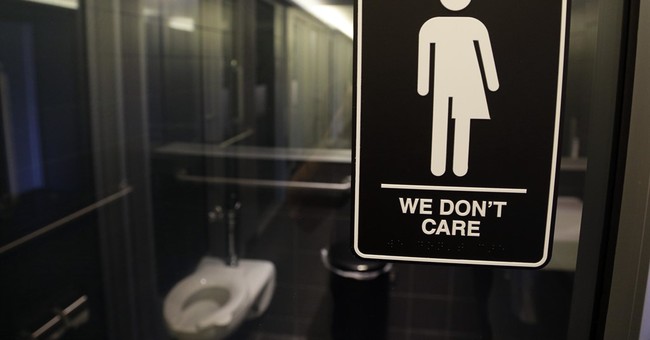 In a recent Associated Press article, UNC President Margaret Spellings was quoted as saying that North Carolina’s controversial HB2 “bathroom bill” is causing academics to avoid taking jobs in the UNC system. She went on to conclude that this was hurting our efforts to recruit competent faculty. President Spellings is probably correct in her premise that HB2 is causing some academics to avoid teaching in the UNC system. But she’s wrong to conclude that this is hurting our efforts to recruit competent faculty. In fact, it might be helping us by weeding out emotionally unfit applicants.

As a preliminary matter, let’s all agree that most who would claim that they would never take a teaching job in North Carolina due to HB2 are simply lying. In my twenty-plus years of serving on faculty hiring committees (all prior to the bathroom bill controversy) the subject never came up. No male job applicant ever asked whether he could use the little girls room while on campus. Nor did any female job applicant ever ask whether she could use the little boys room while on campus. It was and should have remained a non-issue. Lawless city council members in Charlotte never should have made bathroom access for the deeply confused a political issue in need of a response by the already busy state legislature.

But alas it has happened. Now, it is theoretically possible that some prospective “educators” are declining to submit applications to the UNC system based upon their shock and horror over determining access to bathrooms by relying on biological reality rather than psychological malady. This raises a fundamental question: What kind of people and prospective “educators” are among those who would actually avoid UNC over the issue?

I could answer the question I just posed very succinctly by saying, “They’re not normal. They’re emotionally fragile.” But I believe that some elaboration is in order. If you are an “educator” who actually made the life altering decision of avoiding a job and an entire state based upon HB2, you probably possess most if not all of these ten characteristics:

2. Your PhD is in the humanities or in one of the “social sciences” - as opposed to one of the real sciences.

3. You plan to teach at least one class in a department ending in the word “studies,” which never actually existed twenty years ago but is now seen as “essential” to the university experience.

4. As a faculty member you would not fight against rules restricting free speech. You would instead join university committees seeking to create more of these rules to impose on others while claiming immunity for yourself.

5. You would evaluate students not based on the strength of their arguments but instead based on their contribution to “diversity.”

6. You would weigh the right to free expression against the potential infliction of emotional pain or discomfort allowing the mere prospect of the latter to negate the former.

7. You would declare your own classroom to be a safe space governed by its own speech code.

8. You would actively teach students to be offended by things they had never previously deemed to be offensive.

9. You would spend your career identifying new problems instead of solving old ones.

10. You would lobby for trigger warnings under the guise of defending others while in reality using them selectively as a political weapon to curtail the speech of your opponents.

In summary, I think most people who say they would not teach in the UNC system over the bathroom issue are lying. But those who are not lying are former snowflake students who aspire to be snowflake professors. They are precisely the kind of “educators” who would cause the current infantilization of higher education to snowball, figuratively speaking.

So, let us stay the course. To the extent that the bathroom bill deprives us of professors it will likely occur in non-essential ideologically driven departments that need to be reduced if not eliminated altogether.