The University of No Characteristics Whatsoever

Mike Adams
|
Posted: Jan 03, 2017 12:01 AM
Share   Tweet
The opinions expressed by columnists are their own and do not necessarily represent the views of Townhall.com. 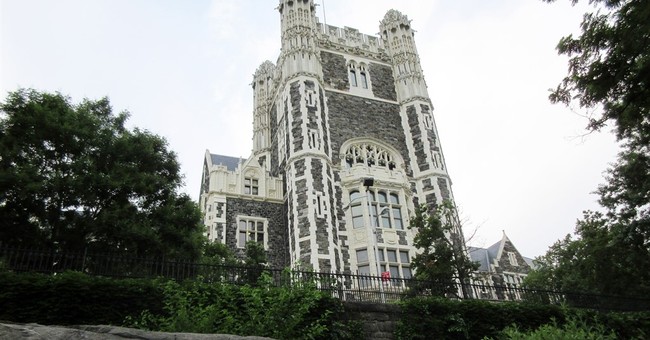 It has been several weeks since I published my column “My Faculty Values and Your White Privilege” on Townhall.com. In that column, which I have linked here, I warned you about the dangers of a resolution you passed condemning faculty members for publicly commenting on the demographic characteristics of students. I specifically enumerated five problems with your statement, which was an overreaction to a free speech controversy involving a faculty member (yours truly). The problems I enumerated demonstrated that your committee did not think matters through before passing the emotionally driven and politically motivated resolution.

Please recall that I also gave you an opportunity to rescind the resolution. I cautioned that if you refused to do so, I would be forced to submit a series of proposals that would ensure compliance with your stated values and would result in significant cuts to the university budget. Accordingly, I write today to recommend that we get rid of the following programs and initiatives in order to address some glaring inconsistencies:

The Black American English Guide. Seven years ago, I wrote a column (under the title “Wigger, Please!”) about one very confused UNC-Wilmington education professor who was teaching white education students how to “talk black” in order to be better prepared to teach their black students. In case you think I’m joking, I have provided a link to the column, here.

Unfortunately, that guide is still housed on our university website. Granted, Professor Martinez appears to have toned it down somewhat in response to an outpouring of public criticism. Nonetheless, the guide provides an example of a professor publicly referring to student demographics while simultaneously teaching his education students to do the same to their students in the future. Accordingly, the guide runs contrary to your publicly stated faculty values and should be removed at once.

Saying that Joe Blow won an award for being “an outstanding student” rather than being an “outstanding black student” is both parsimonious and free of condescension. We truly need to stop treating minorities like they are only fit to compete in the Special Olympics.

El Centro Hispano. Having a special place on our campus just for Hispanics is simply loco. And here we go again with the public references to student demographics. Principle aside, there is also a practical issue involved. Putting Hispanics in a special room upstairs on the second floor of the student union makes the rest of the campus look more Caucasian. We already have enough people who think the “W” in UNCW stands for “white.” So let’s stop segregating people like we did in the past and calling it “progressive.” Progress by definition moves forward, not backward.

The LGBTQIA Office. Some people think the “Q” representing “queer” is the most ridiculous part of the name of this office. I disagree because I am more bothered by the “A” part, which stands for “ally.” Do we really need a physical place reserved for people who agree with or are simply allied with a cause? Do we have another physical place for people who disagree? And does the government also subsidize it?

Purple and Lavender Graduation. Seriously? Do we really need a special graduation ceremony for homosexuals? Next thing you know they will be demanding separate water fountains and calling that progress.

The Upperman African American Center. See my previous comments on water fountains and the definition of progress.

Women’s Resource Center. Our feminists have really pulled a fast one, here. Women make up the majority of those on campus but have managed to reposition themselves as a minority with their own special grievance center. I’m not sure how all the anti-HB2 leftists can allow this office to remain open. If they don’t shut it down soon I’m going to charge in one day singing “Man! I Feel Like a Woman!” by Shania Twain.

In all seriousness, if we really want to win a war on racism, sexism, and homophobia then we should just stop asking people questions about their demographics in the hiring and admissions process. We should remove all demographic questions from all university documents now. That includes job applications and student admission applications.

Presently, our job ads uniformly claim that UNCW does not discriminate on the basis of race, sex, and a host of other demographics. The contradictory statement that “women and minorities are especially encouraged to apply” usually follows later in the job ad. In other words, we do not engage in discrimination except when we do.

In closing, it seems those who have criticized my public references to student demographics are among the most obsessed with identity politics. But I don’t take their criticism personally. It’s just what tenured white liberals do when they are defending groups they consider to be inferior and incapable of defending themselves.