Mike Adams
|
Posted: Mar 04, 2016 12:01 AM
Share   Tweet
The opinions expressed by columnists are their own and do not necessarily represent the views of Townhall.com. 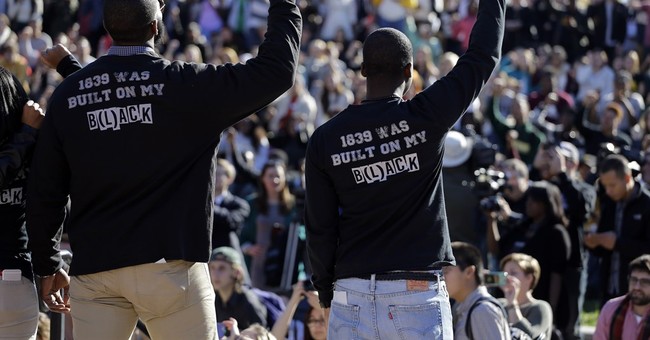 Hypocrisy is one of the most overused words in the English language. Most people think it refers to any failure to act in accordance with one’s expressed beliefs. But that’s simply inaccurate. Failure to live up to one’s beliefs is called being a human. Being a hypocrite is when a person behaves in ways that are inconsistent with his expressed beliefs because he doesn’t actually believe the things he is saying. At the core of true hypocrisy there usually lies one motive: Power.

To put it another way, when people tell you things they don’t actually believe, they are usually trying to manipulate you in an effort to gain power over you. I can think of no better example of manipulative hypocrisy than the concept of micro-aggression, which has been promoted in documents like the “bias free language guide” put out by the University of New Hampshire (UNH) in 2015.

While that particular guide has since been rescinded by UNH, the underlying concept of micro-aggression has not. It is a concept that continues to be taught in courses at so-called liberal universities all across America. Since the concept is also leaking out into the broader culture it needs to be dissected. In order to do that, we need an adequate working definition. Here is one from Dr. Derald Wing Sue (not to be confused with Deranged left Winger looking for someone to Sue). The self-proclaimed micro-aggression expert wrote the following in Psychology Today:

“Microaggressions are the everyday verbal, nonverbal, and environmental slights, snubs, or insults, whether intentional or unintentional, which communicate hostile, derogatory, or negative messages to target persons based solely upon their marginalized group membership.”

I thought it might be fun to explore the concept of micro-aggression by taking a look at some incidents occurring before, during, and after a speech I once gave on a college campus. As you read about these incidents please ask yourself whether they fit into the category of micro-aggression as previously defined:

-A group of student protestors who objected to the speech spray paint swastikas on flyers used to promote the event. The spray painting rendered the information about the time and location of the speech indecipherable.

-After sponsors of the event enclosed the flyers in glass cases to protect them from further spray painting, student protestors shattered the glass cases and again spray painted swastikas on the flyers.

-A student protestor stood up during the Q&A session and asked whether my opposition to campus speech codes also meant that I supported reinstating slavery.

-Another student protestor stood up during the Q&A session and asked whether my opposition to speech codes meant that I also supported making it legal to beat homosexuals with baseball bats.

-A group of about twenty-five students lingered outside the auditorium waiting for me after the speech. Because there were rumors that they were planning to attack me by hurling food, five armed police officers escorted me from the auditorium and offered to take me away in a police Suburban.

It should not surprise anyone that the college where all these incidents occurred was none other than the University of New Hampshire. Nor should it surprise anyone that none of these things were deemed to be micro-aggressions by the UNH speech police. A few years after the speech, UNH published its now infamous “bias free language guide” to protect minorities from “slights” and snubs.”

Of course, none of the UNH students, most of whom were “marginalized” gay activists, were ever held responsible for their vandalism. Nor were they reprimanded for conspiring to physically attack a guest on their campus. It is worth taking the time to explain why.

The key phrase in the definition of micro-aggression is “marginalized group membership.” By including that phrase, campus leftists claim to be licensed to do two things:

1. They can use overtly hostile language against those not in marginalized groups - such as accusing them of supporting slavery and supporting aggravated battery against homosexuals - without actually committing a micro aggression.

2. They can simultaneously police the language of the very people they are attacking for “slights” and “snubs” even if they are “unintentional.”

Herein lies the hypocrisy of those who seek to legitimize the concept of micro aggression. Their goal is not to protect members of marginalized groups. It is to marginalize people with whom they disagree. But what is the real effect of their frequently macro aggressive activism? I believe it is twofold.

The first and most obvious consequence of the war against so-called micro-aggressions is direct (and further) marginalization of campus conservatives. For years, conservatives have been reticent to express overtly conservative ideas on “liberal” college campuses – particularly courses in the more “liberal” social sciences and humanities. Now, they are afraid of expressing even mildly traditional or conservative ideas.

The second and less obvious consequence of the war against so-called micro-aggressions is indirect marginalization of campus leftists. Put simply, the university teaches these petulant children that their emotions trump other people’s ideas. More specifically, the bias language police teach them that they have the right to negate speech by simply pretending to be offended or upset when that speech contains ideas they lack the intellectual fortitude to rebut. This does more than just create intellectual atrophy. It also creates pseudo-intellectual arrogance. And it eventually renders them unemployable.

Like other ideas rooted in the Marxist worldview, micro-aggression does create greater equality. In the end, everyone has less than he, she, or undecided had before.