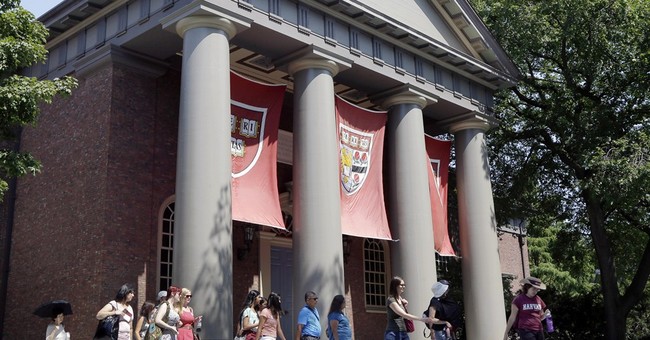 1. First Amendment Sensitivity Training for Students. When students make politically incorrect comments they often face punishment in the campus judiciary. This sometimes involves putting them through re-education programs, which are often referred to as “sensitivity” training sessions. In my last column I talked about the need to monitor disciplinary proceedings that target constitutionally protected speech. But we need to do more than stop this ugly trend of punishing free speech. We need to reverse it by holding First Amendment sensitivity training sessions for those who try to prosecute the opinions of others. We should start by training students given that their tendency to censor others is clearly on the rise.

For example, last year a group of feminists in the group Feminist Students United (FSU) went trolling the Facebook page of an out-of-the-closet conservative professor teaching in the UNC system. Their intention was to find something offensive so they could make an accusation of sexual harassment. And they did so publically.

The university had to ignore the accusations, as they were baseless and directed at the professor’s off-campus speech. Nonetheless, the students took their false accusations to the local media. The feminist students were publicly ridiculed after they admitted on camera that they did not know the difference between free speech and sexual harassment.

But ridicule is not enough for such students. Someone needs to educate them in basic First Amendment law. If public schools are going to stop teaching basic free speech principles to students then university First Amendment Centers need to take up the task and educate students before they graduate and enter the workplace. It would good for their personal development and good for the university climate for free speech.

2. First Amendment Sensitivity Training for Professors. In recent years, there has been much talk about the corrosive effects of campus-wide speech codes. But sometimes professors try to enact their own speech codes – occasionally even putting them in writing in the course syllabus. They often place broad bans on “offensive” speech that might make other students feel “intimidated” or “unsafe.” Sometimes the restrictions are more specific and ban particular viewpoints such as opposition to same-sex marriage.

3. First Amendment Sensitivity Training for Administrators. More than any other group, college administrators need First Amendment sensitivity training. The speech codes they routinely enforce are clearly unconstitutional and they know it. So why give them training if they already know that what they are doing is wrong? The answer is simple: To strip them of qualified immunity.

Presently, it is very difficult to sue college administrators for individual liability. They simply claim qualified immunity by saying they were just enforcing campus rules they did not know were illegal. Unfortunately, judges often believe them, or simply pretend to believe them.

In a nutshell, a lawsuit a day, keeps lawless administrators at bay.

4. Free Speech Debates. Finally, we need to bringactual debate back to the campus. And what better way to usher it in than to have free speech debates? First Amendment Centers could lead the way with debates on topics such as:

-Is campus censorship generally coming from the political right or the left?

-Do speech codes reinforce stereotypes of minorities as hypersensitive and unable to speak for themselves?

-Do hate speech laws increase or decrease respect for others, including respect for the opinions of others?

Free speech experts like Greg Lukianoff of the Foundation for Individual Rights in Education (see www.TheFIRE.org) could lend their voices to these debates. First Amendment Centers would eagerly sponsor their talks.

Now that the concept is out there, who will come forth and make these First Amendment Centers a reality? Conservative think-tanks? Libertarian think-tanks? How about state legislatures? I intend to provide the answer in a future column.