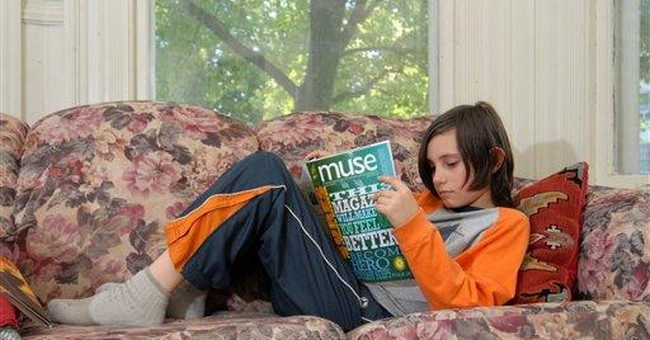 Author’s Note: If you’re wondering why this column begins with “#4” just go to my archive. This is Part II of a series. Part I described a new College Prep Course that is being offered by www.CrossExamined.org. Frank Turek, J. Warner Wallace, and I will be traveling the country offering the course starting in the summer of 2015. This column series provides an overview of my 10-step plan to help Christian kids prepare for life in college.

4. Google Is Not a Friend to Higher Ed. Some readers may remember my infamous “letter to Ed” that went viral on the Internet in late August 2013. If not, the full text of the letter can be accessed on www.ClashDaily.com under the title “An Embarrassment to Higher Education.” My motivation for writing the letter came from a critic named Edward. After learning I was opposed to so-called same-sex marriage, he wrote me an email in which he called me the biggest embarrassment to higher education in America. This was simply because I believe (know) that marriage is a union between one man and one woman. I decided that if Ed thought that was enough to qualify me as the biggest embarrassment in higher education then he must not know much about higher education. I decided he needed some more Ed-ucation, so to speak. So I wrote a few hundred words in reply - simply describing some of the biggest lunatics teaching on various campuses right here in the Tar Heel state. It was sort of a “greatest hits” of whackodemia.

After I wrote the piece, which described professors teaching masturbation seminars, bondage and S&M classes, and orgasm awareness training sessions, people were amazed. They simply had no idea such things were happening on various college campuses – some of which were very near to them, geographically speaking. Even worse, some of the people writing me were actually alumni who were donating to the schools and thereby funding the nonsense. Herein lies the problem: People just don’t take time to study the schools they are investing in – or considering trusting with their children’s education. This must change. So here is what you need to do. When you have a short list of possible colleges take time to go to each of their websites. Don’t just trust the orientation leaders. Type in a few of these key phrases:

Put simply, you need to find out how much time and money is being dedicated to various diversity and inclusion offices and programs. The more money the university spends on diversity and inclusion, the less likely you are to find respect and tolerance for conservative and Christian perspectives. It can safely be said that the number of diversity offices located on a college campus is inversely related to the quality of education that campus provides.

If you are specifically concerned that your son or daughter will be exposed to highly sexualized campus activities and programs then do another search. Type in a few of these key phrases:

This can be quite revealing. Just a few years ago, a student was considering going to my alma mater Mississippi State. He typed in the search word “Vagina” and then typed in the word “Christ.” What he found was amazing. Mississippi State had not, at least at that point, ever shown the highly sexualized Vagina Monologues on campus. But they had shown The Passion of the Christ to thousands of students in Humphrey Coliseum. It should go without saying that he decided to become a Mississippi State Bulldog.

Parents should also be concerned about the quality of majors on campus. Generally, the fact that a school has a lot of politically correct majors is sufficient evidence that it doesn’t provide a welcoming climate for conservative Christians. So just go to the search engine and type in “Studies” and “Department.” Such a search may end up revealing that the school provides some of the following majors:

It can safely be said that the number of majors ending in “studies” offered on a college campus is inversely related to the quality of education that campus provides.

5. Targeted Reading. Since you will already have your kids reading a book a month by the age of 16, it will not be difficult to put some specific books into their reading rotation as soon as they hit their 18th birthday (or whatever birthday happens to fall during their senior year of high school). These four books are essentials:

“Stealing from God,” by Frank Turek. In his latest book, Frank shows how atheists inevitably steal from God in the process of trying to make their arguments against Him. Think of the acrostic CRIMES, which stands for causality, reason, information and intentionality, morality, evil, and science. Frank shows how atheists not only steal from God but also often make a strong case for His existence when trying to make the case for atheism. Many of the points in Frank’s book are based on his interaction with atheists in Q&A sessions after his campus talks. They provide the best possible insight into what students will hear from campus atheists and how to turn their arguments against them.

“Cold Case Christianity,” by J. Warner Wallace. In addition to teaching students how to detect and deflect falsity we need to teach them how to advance truth. J’s book is a very good general apologetic. I also think it is superior in the realm of defending the textual authority of the New Testament. This is particularly important if your kid plans to attend a university like UNC-Chapel Hill where he might encounter a professor like Bart Ehrman.

“Letters to a Young Progressive,” by Mike Adams. Yes, I just recommended my own book. But I’m not ashamed because I converted to capitalism years ago. So I’m just living out my faith! (Note: Some proceeds will go to starving children, including, but not limited to, providing peanut M&Ms for Carolyn and Charlotte).

In all seriousness, I wrote this book in 2013 after watching a student lose his faith in various things (including his country) while he was a student at UNC-Wilmington. The final version is made up of about three-dozen letters written from me to him in an effort to bring him back around. (Another note: This book is also great for parents who often find they can no longer talk to their kids after they have been away for just one semester of college).

Frank invited me to join the Cross Examined College Prep Course team largely based on our conversations about this book, which we discussed twice on his national radio show. The subtitle, “How To Avoid Wasting Your Life Protesting Things You Don’t Understand” really tells you all you need to know about the book’s purpose. Unfortunately, I am not responsible for writing that witty subtitle. The credit goes to Greg Koukl.

“Tactics,” by Greg Koukl. This book is different than the first three I have recommended. It focuses more on structure than on substance. Specifically, it teaches students how to get into the driver’s seat when discussing important topics. The key is to learn how to ask the right questions and clarify an opponent’s position before fully presenting one’s own case. Of the four books I have recommended, it is the only one I would say must be read at least twice before going off to college. You’ll understand why when you read the next installment.