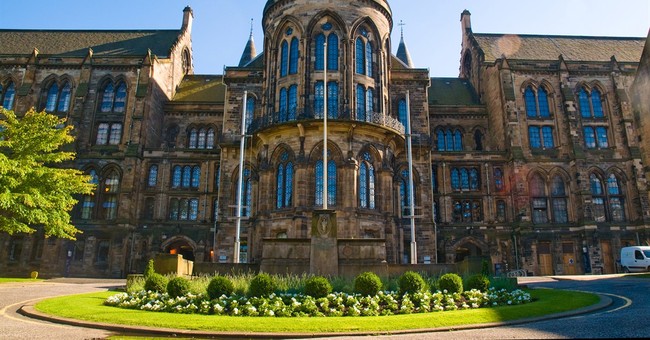 Author's Note: This column uses some information previously published in my 2007 column "A Tale of Two Bigots."

It's not often that I have to defend a leftist because a university is trying to restrict his First Amendment rights. But I do so whenever I have the chance. It helps to set a good example for my students by showing that the First Amendment is there to protect speech - not just speech you personally agree with. (Note that it also protects those who end their sentences with prepositions). Today, I write in defense a Gene Nichol in spite of the bad example he set for students when he was President of the College of William and Mary.

For those don't remember, then- President Gene Nichol decided to remove the cross from the Wren Chapel altar at William and Mary. During the Great Depression, Bruton Parish Church gave the 2-foot tall gold altar cross to the college. It was supposed to be displayed behind the Wren Chapel altar. When Nichol was inaugurated as President of the College of William & Mary it was still on display.

Then, something strange happened in October of 2006. An administrator at William & Mary sent an email to all Wren Building volunteer student tour guides. The email noted that the cross had been removed. Later that month, President Nichol confirmed that he was the one who ordered it removed.

Later, Nichol explained his reasons for directing the cross to be stored away and put on display only during appropriate religious services. Shortly before Christmas, Nichol announced he was amending his decision – urging that the cross be displayed on Sundays only. This amended order meant that the Cross would remain hidden in a storage room six days of the week. Nichol's ostensible reason for hiding the Cross was that it caused discomfort among some students. But that was a bald faced lie.

Prior to President Nichol’s arrival, a policy was already in place that helped solve any "discomfort" that the display of the Cross might cause for anyone using the Wren Chapel. They would simply ask that the Wren Cross be removed for the duration of their event. In fact, over the course of the year preceding the presidential order, about one out of five wedding celebrations that occurred in the Chapel happened with the Wren Cross removed.

The facts of the Wren Cross controversy put Nichol's hypocrisy on full public display. His feigned interest in preventing students from being offended was also called into question by a 2008 controversy involving the Sex Workers' Art Show.

Unsurprisingly, President Gene Nichol felt that censoring the Sex Workers Art Show would be inappropriate. Shoving burning objects into your rectum while singing in a public setting is core constitutionally protected speech, in Nichol's view. So he issued a statement saying the following:

"The First Amendment and the defining traditions of openness that sustain universities are hallmarks of academic inquiry and freedom. It is the speech we disdain that often puts these principles to the test. The College of William & Mary will not knowingly and intentionally violate the constitutional rights of its students. Censorship has no place at a great university."

It is worth asking whether Gene Nichol - now a UNC professor of constitutional law - really simultaneously holds these two positions: 1) that there is a constitutional right to see someone sodomizing himself with a sparkler, and 2) that the public display of a cross unconstitutionally establishes an official state religion.

Nichol's positions aren't rooted in logic. They are just public displays of unmitigated anti-Christian bigotry. Of course, there is nothing in the constitution that enforces the separation of anti-Christian bigot and state. It looks like North Carolina is stuck with this angry hypocrite forever.

Now fast forward to the current controversy. Nichol the cross banning bigot, and occasional opinion columnist, is now claiming that his constitutional rights are being violated by UNC in two ways:

1. UNC administrators are asking him to put a disclaimer on his opinion pieces saying that his views are not necessarily the views of the UNC administration. And I agree with Nichol. The university should not have views. It should facilitate the exchange of views. To the extent that administrators say "these aren't our views" they implicitly endorse the opposite view. And that is wrong.

2. UNC administrators are also asking for a heads up every time Nichol publishes something controversial. This is nothing but an overreaction to the time when Nichol falsely accused the governor of being a segregationist just before he came to visit the UNC campus. It is also an unworkable request. Nichol is so out of touch with reality that he thinks the public display of a cross is more controversial than publicly singing with a burning object shoved in your rectum. Therefore, Nichol cannot be expected provide a heads up while his head is buried … so deeply in the sand.

Indeed, there should be no such restrictions on freedom of speech for hopelessly confused Leftists like Gene Nichol. No one cares if he falsely accused the governor of being a racist right before he came to visit UNC. We all know that the days of cross burning are over in North Carolina. The old generation of bigots that once burned crosses has been replaced by a new generation of bigots that bans them.

Heads Up: My next column is going to embarrass the crap out of the UNC administration. You guys had better hurry up and finish your monthly fundraising.