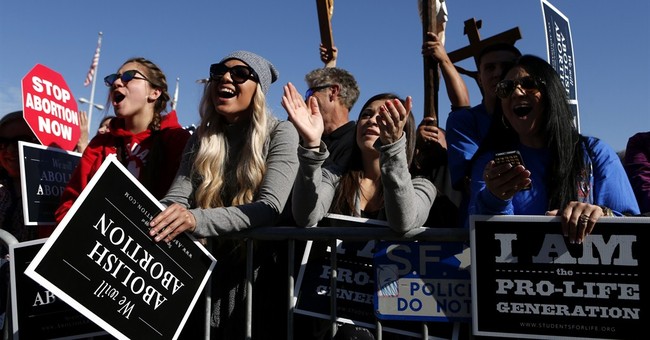 American culture is in trouble. It is impossible to watch television for long without concluding that we are all living in one big reality TV show that is defining deviancy one embarrassing episode at a time. Unfortunately, the church isn't doing much to fight against the cultural current. By trying to be "relevant" the church is simply getting pulled into the undertow. Consequently, most churches are slowly drowning in the shallow water of our declining culture.

So how do we turn the tide and begin to have a meaningful church experience that also influences the culture in a meaningful way? The answer is that we must learn to deal with relativistic thinking in a proactive fashion. Take, for example, the issue of abortion.

No one wants to confront a woman who has had an abortion and tell her that she has just committed a profoundly evil act by taking an innocent life. So the natural impulse is to simply pretend that no evil act has transpired. Indeed, this is what most pastors do. They don't condemn abortion. Nor do they praise it. They just ignore it. In this way, the taking of innocent life becomes just another morally neutral choice in a society that is becoming increasingly incapable of making moral distinctions between alternative courses of action.

This trend must be reversed. As long as the church refuses to push away from relativism, the culture will push the church towards it. More innocent children will die as a result.

So what specifically is to be done on an issue like abortion? I believe the answer is to get churches actively involved in preventing abortions from happening in the first place. The best way to do that is to provide direct financial support to women who are considering abortion - and to make the availability of that support known to them well in advance of their decision.

If your church is doing nothing on the issue of abortion, please take the time to meet with your pastor. Ask him to prayerfully consider starting a specific ministry aimed at reducing abortions within the church and in the broader community.

By actively collecting tithes that will be directed towards paying the expenses (medical and otherwise) of women in crisis pregnancy situations, two important things will be accomplished:

1. The church will implicitly communicate that abortion is wrong by acknowledging that it is a thing to be avoided. But it will do so without slapping a scarlet "A" on the garments of church members who have had negative experiences with abortion. This will satisfy the more conservative members of the congregation who want the church to do something instead of remaining neutral on the abortion issue.

2. The church will also appease those who argue that we need compassionate approaches to the abortion issue, rather than focusing on legislative and judicial restrictions. This approach will satisfy the more liberal members of the congregation who want conservatives to do something charitable that doesn't involve "legislating morality" (as if it were somehow possible to legislate in a morally neutral way).

Of course, there will come a time when people ask questions about why the church takes a stand against abortion, even if it is merely an implicit stance. This is where education, rather than condemnation, should become the focus of the church. Note that 1Peter 3:15 calls us to defend the Gospel. I believe we should also use apologetics to defend the unborn. In fact, when we do so, we create new opportunities to share the Gospel.

My good friend Scott Klusendorf provides the best example I've seen of how we can defend the unborn in a way that draws people to the Gospel without harming them by shielding them from uncomfortable truths. He knows how to defend the unborn by relying on science and philosophy, rather than simply quoting scripture. That approach helps him share the good news every time he speaks on an otherwise difficult topic. Once they decide to do something to prevent abortion, churches would do well to invite Scott to educate their congregations on why they are weighing in on the matter.

Compassion is good, but pulling drowning kids out of the water isn't enough. At some point pastors must take a hike upstream and confront the ones who keep throwing our children in the water. Indeed, the true measure of our compassion is our willingness to confront injustice. And injustice toward the unborn can't be confronted by ignoring the central question on the issue, which is a simple one: Are the unborn fully human and made in the image of God?

If God is the creator of life then He alone has the authority to define it. Cultural definitions are irrelevant. So are the churches that refuse to challenge them.