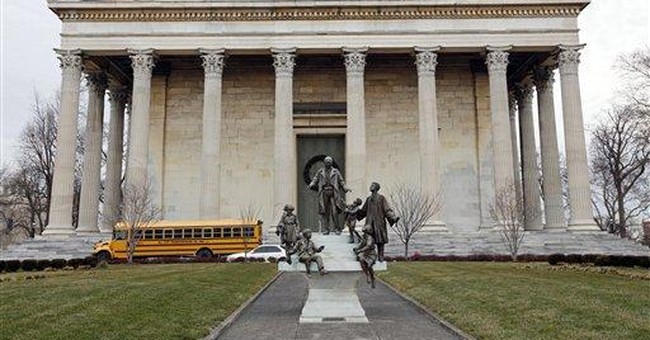 Today, as most of you sit in your offices pretending to work while reading my column (thanks, by the way) I'll be taking the stand in federal court in a First Amendment lawsuit against my employer, UNC-Wilmington. The trial will be over in three days, thus ending a seven-year legal battle with important implications for academic freedom. Some have asked how the outcome of the trial will affect my work in the campus free speech movement. I'm writing this column in response to those inquiries.

There are three possible outcomes to the trial this week in Greenville, NC. We could win, we could lose, or there could be a draw (for example, through the declaration of a mistrial). I want to start by outlining three initiatives I plan to push if we win the trial:

Students also need a place to which they can turn when they are victims of the campus judiciary. Such an office needs to be given investigative authority over the student affairs divisions, which have become increasing hostile towards student rights. Finally, the center needs to be given the authority to make policy reform recommendations to the state legislative and executive branches in North Carolina. Our universities are badly in need of oversight.

2. Religious Liberty Legislation. Last year, I tried to get members of the NC Senate to push a religious liberty bill modeled on one already passed in Ohio. It would have prevented UNC administrators from interfering with the belief requirements for officers and members of religious and all other belief-based student organizations. A version passed in the house but was never signed into law. The matter needs to be addressed again until it becomes binding law applicable to all public colleges and universities in the Tar Heel State.

3. Line Item Veto Bill for Higher Education. North Carolina needs legislation that imposes a definition of "academic" versus "non-academic" program spending in higher education. Furthermore, such legislation must force universities to submit separate academic and non-academic spending budgets. Funding requests for the physics department should not be entangled with funding for the Gay and Lesbian Resource Centers. Finally, line item veto authority should be established so we can defund gay activism without defunding physics (and thus being accused of waging a "war on science").

I want to continue by outlining three initiatives I plan to push if we lose the trial:

1. Center for Student Rights. (Description: same as above).

Finally, I want to conclude by outlining three initiatives I plan to push if there is a draw (such as a mistrial):

1. Center for Student Rights. (Description: same as above).

In short, my goals will be the same regardless of the outcome of the trial. Nonetheless, this promises to be a challenging week. I could use your prayers. My attorneys, David French of the ACLJ and Travis Barham of the ADF would also appreciate your prayers. This thing is much bigger than each of us. We simply cannot do it on our own.

I'll report back when the verdict is in. Thank you all for your support. In the meantime, those who don't know much about my case can get an overview here.