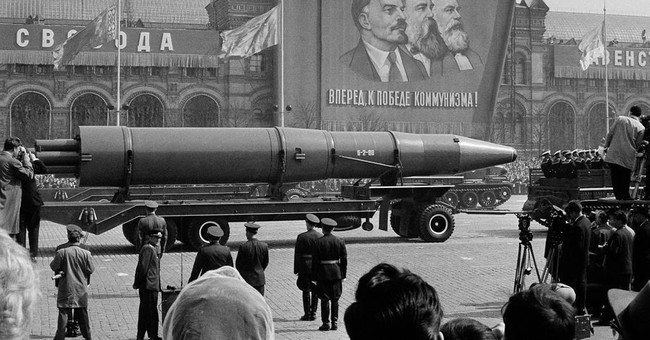 After winning a huge legislative victory against the UNC system (see my last column), I am now preparing for another legislative battle that should prove to be an uphill climb. My next proposed bill would force socialist professors who retire from the UNC system to actually move to socialist countries after they retire - that is, if they wish to draw upon their pensions. I know it sounds radical, but I got the idea from another radical - Marxist Professor Gary Faulkner.

Recently, Comrade Faulkner had this to say in the local Wilmington McTimes:

"Alas, it has finally come time to decide where to retire. My plan is to locate to a country that best exemplifies Christian values. Makes a lot of sense to me. So, I did an analysis, and guess what?"

Before I proceed with the full reprint of Gary's letter to the editor of the McTimes, a bit of clarification is in order. Gary Faulkner actually retired from the UNC system several years ago. Since he started off his letter to the editor with one lie, there's little chance of finding truth in the rest of it. But it does shed light on the Marxist worldview. So let us proceed anyway.

"Surprisingly, given all the 'we are a Christian nation' talk, the U.S. landed far down the list. I narrowed it down to most any of the 'socialist' European countries, particularly a northern one. Some characteristics: They provide health care for all their people. Quality nursing care is available to all elderly citizens, no matter their stations in life. They guarantee child care and family leave to all working families. They have low rates of poverty, homelessness, divorce and teenage pregnancy. The disparity between rich and poor is much smaller than the U.S., and lethal weapons are hard to come by. They're not going to war at the drop of a hat and, in my view, in no way would they approve of what's going on in the N.C. General Assembly today."

Gary isn't finished but I need to stop to address his seemingly misplaced reference to lethal weapons. When Gary taught in the UNC system - for nearly four decades - he advocated radical gun control measures including the government confiscation of all ammunition. His gun control views were predicated on the assumption that other nations had a) fewer guns and b) less crime.

These cross cultural differences are implied again in Comrade Faulkner's letter to the McTimes. But they are unreliable because the crime statistics of other nations are not comparable to ours. They measure different crimes and they do so differently - usually much less reliably. Put simply, we don't know how much crime there is in other nations.

The same can be said for all the other statistics Comrade Faulkner quotes. But there are also the statistics he doesn't quote. Taxation statistics are simpler and far easier to compare across nations. But Faulkner says nothing about them. There is a reason for that. The higher taxation rates are the reason why Faulkner will never retire in one of those socialist nations. The lower taxation rates in North Carolina are the reason why we are stuck with him here in the Tar Heel State. Faulkner is simply lying about wanting to move to a socialist nation because it makes him feel morally superior to those who oppose his Marxist teachings.

If Faulkner wants to deny citizens access to "lethal weapons" in route to "redistributing the wealth" against their will, he should be quoting other relevant statistics. Here is the number of citizens other nations have had to murder in order to implement Faulkner (and Marx’s) vision of a just society:

If international statistics are accurate as Comrade Faulkner suggests, let's not use them selectively. Keep those numbers in mind as you read the rest of his letter to the McTimes:

"These countries just have more of a 'brother's keeper' attitude (recall that?) They're on to something maybe we're missing. Those making the 'Christian' U.S. claim have some explaining to do, particularly when they tend to be the people most apt to look askance at programs designed to assist the least among us."

For the record, I do recall the brother's keeper reference. It's in Genesis Four, which recounts the first murder based on human jealously. In fact, it's right after Genesis Three, which accurately portrays human nature and explains why utopia can't work. If two people can't follow one rule in order to sustain paradise, then we're not likely to have success, for example, applying a 2700 page health care "law" to 300 million people.

Of course, Comrade Faulkner's irrationality is fueled by his conscience. He feels immeasurable guilt because he cannot bring himself to live among socialists after a life of preaching the virtues of socialism. So he lives among Christians and lambasts them for failing to live according to theirprinciples. But they are not failing in comparison to people like Faulkner. Studies consistently show that the most charitable states are the ones with the highest percentage of Christians. As the percentage of Christians goes up, the percentage income given to charity goes up. By this measure, poor Mississippi beats wealthy Massachusetts every single year.

As a sociologist, Faulkner is aware of these statistics. He's not incompetent. He's just dishonest in his refusal to disclose the full facts. His obsessive hatred of Christians trumps his commitment to honest academic inquiry.

Nonetheless, Comrade Faulkner asserts that Christians will become more moral when the state confiscates their charitable donations and starts redistributing those donations for them. Meanwhile, he personally avoids both charity and confiscation by a) declining to join a church and b) declining to live in a socialist nation. The time he doesn't spend filling the offering plate in church is spent writing letters to the local editor proclaiming his moral superiority to churchgoers. Fortunately, the circulation of the local paper is declining faster than communism in the late 1980s.

Even though we're getting tired of it, I say we should give Comrade Faulkner his pension. But let’s mail it to a warm place in Cuba where he can live out his dreams with his real ideological soul mates. I hear they have excellent health care and also many animals.