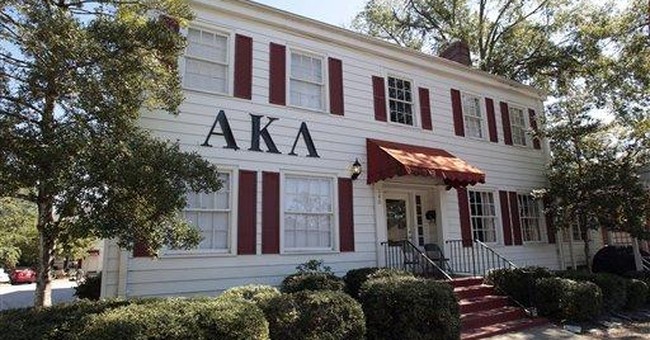 Many of my friends and readers are disheartened by recent cultural and political trends. Many blame our universities and wonder whether we can ever restore sanity in our nation, given that the enemy seems to control the modern university. They see no chance to win in the war of ideas as long as they are forced to support the public university and, therefore, forced to fund a war against their own cherished values.

But I know something they don't know. The public university that has declined so steadily in recent years will cease to exist in just a few short decades. The moral bankruptcy we have seen over the last twenty years is about to be followed by another sort of bankruptcy. Before long, many of the universities that have betrayed taxpayers and alumni will be forced out of business. It will happen for the following reasons:

1. Federal funding reductions. LBJ got us deeply entrenched in the business of federal funding for institutions of higher education. When he did, tuition began to skyrocket. More recently, the federal government has gotten us deeply entrenched in the business of individual student loans. This has had the same effect. When a lot of people are able to borrow a lot of money to purchase goods or services, the effect on the price of those goods and services is dramatic. Supply and demand is not a rule; it is a law.

Now, the federal deficit is spinning out of control. As a result, the federal government will soon have to cut aid to state universities. This will confront administrators with this important decision: will they a) cut administrative spending, or b) raise tuition? The answer will be "b."

2. Student loan bubble. People are easily enticed into taking the bait when offered unlimited funds to pursue education. This applies to those who are not qualified to attend college at all. (Think about the housing bubble for just a moment). As tuition continues to rise, many more students who enroll will figure out that they have been duped long before they graduate. The universities have lied to them during recruitment. Departments in the social sciences and other disciplines have betrayed them by exaggerating the pay scale and availability of jobs they could likely expect upon graduation. These realizations will result in a massive upswing in the dropout rate over the next few years. These dropouts are many times more likely to default on their college loans than students who graduate.

When the whole college loan industry collapses, people will actually have to pay for school as they go. That will result in many empty seats in many college classrooms. Universities will have to make up the difference by turning to alumni donors.

3. Declining donations. Consider the following scenario: just two weeks ago, a fraternity of 80 men was ejected from a public university campus. They were investigated for hazing but then exonerated. They were also investigated for an alcohol violation that was so minor that police declined to arrest anyone. They were found to be guilty of only one offense, which was dubbed "failure to cooperate with the investigation." This was another way of saying the university thought but could not prove they were guilty because they refused to confess. At the end of the day, the 80-man fraternity was banned from campus for three years.

This real life incident will have two real life repercussions: a) the administrator who led the investigation will be promoted for expelling a politically incorrect fraternity (one of their flags has a Confederate symbol embedded within it). b) 80 future alumni will respond to the administrative overreach by refusing to donate for the rest of their adult lives.

This issue is serious. As the university administration has grown, it has assumed more control over the lives of students. In recent years, students have been prosecuted with increasing frequency for increasingly petty offenses with drastically decreasing respect for their due process rights. This includes petty prosecutions for speech code violations that amount to stripping students of the right to participate in the free exchange of ideas - the very reason many came to college in the first place. Is anyone foolish enough to believe this will have no effect on their willingness to donate?

The army of administrators that grew in the 1990s as a result of generous federal funding and the explosion in student loans will soon have to beg in order to retain their positions. Alumni will wisely apply the norm of reciprocity by exercising their power over these overpaid and underworked administrators who once practiced authoritarianism on them. They will wisely withhold donations and instead focus on paying their entirely-too-high student loan payments.

For all of these reasons, the public universities will eventually go bankrupt. And that is good news for a nation that is going morally bankrupt in the shadow of the ivory tower. They had a good thing going but the party is close to being over. The hangover will soon begin.