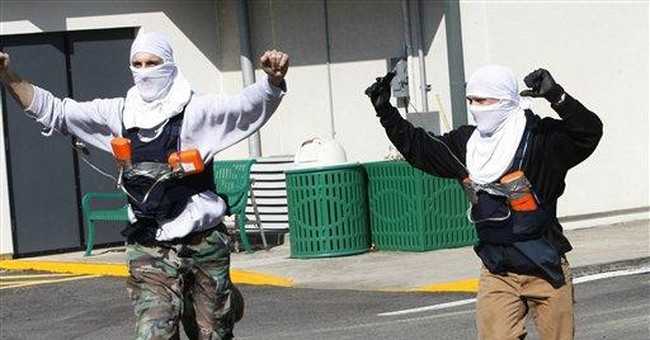 Officials at Kent state University have now resorted to lying to protect a radical Islamic professor who has engaged in treason against the United Stated government. In addition to demanding the criminal prosecution of Professor Julio Pino, citizens of Ohio should immediately withdraw all support from Kent State.

The following email was released to Kent State alumni on August 5th by university officials:

President Lester Lefton and the Board have received your email regarding information you have received or read on the Internet concerning statements that have been alleged to have been made by Dr. Julio Pino, a Kent State faculty member.

The University takes complaints and allegations against our employees seriously, and we investigate each claim for an appropriate actionable response. Dr. Pino said he did not send the July 30 e-mail in question to Mike Adams. He alleges that his university e-mail was “hacked.”

Nevertheless, please realize that the university does not speak for Dr. Pino nor defend any views he might have, and he does not speak for Kent State, our departments or faculty. As a university, we are obligated by the First Amendment to the U.S. Constitution to recognize that political speech is strongly protected.

Thank you for expressing your concern regarding these accusations against Dr. Pino. It is always good to hear from our alums regardless of the issue. If you have any further questions or concerns, please do not hesitate to contact me.

The statement by the university is problematic because it addresses only one of the six allegations I have made against Julio Pino. In my column, I accused Pino of “us(ing) his university e-mail account to profanely denigrate fallen U.S. soldiers.” The university responded by saying that Pino’s account was hacked. Note that they did not say that an investigation revealed that it had been hacked. They merely stated that their anti-Semitic Jihadist professor said his email was hacked.

But I am demanding an investigation. And Kent State alumni should demand the same. In the meantime, I am using this column to repeat my other charges against Pino. After each charge I am including the defense that I predict will be forthcoming from Kent State University:

Charge: Pino has used his university e-mail account to boast of raping and sodomizing the mother of another university professor – this time using the term “c***” to refer to a senior citizen, not a U.S. soldier.

Kent State response: Dr Pino alleges that his e-mail was also “hacked” on that occasion.

Charge: Pino has sent repeated unwanted emails to other professors with a subject line that said the White House would soon need “more coffins.” This resulted, during the summer of 2009, in a Secret Service raid of Pino’s home.

Kent State response: Dr Pino alleges that his e-mail was “hacked” on that occasion, too.

Charge: Pino has sent emails celebrating the murders of 9/11 to professors on, of all days, September 11th.

Kent State response: Dr Pino alleges that his e-mail was also “hacked” on those occasions.

Kent State response: Professor Pino alleges that his Microsoft Word account was “hacked” and that he never bothered to inform the student newspaper.

Charge: Pino admitted, to a Fox producer working for Britt Hume, that he has posted articles on the Global War blog spot – a terrorist website. This admission followed accusations that he posted specific bomb-making instructions, which urged readers to use the bombs to kill U.S. troops. He also admitted his involvement with the site to his then-department chair John Jameson. Dr. Jameson was fired (as chair) after letting Pino travel to the Middle East (mid-semester) for an extended stay while he (Pino) was under suspicion for terrorist activities.

Kent State response: Professor Pino alleges that his e-mail was “hacked” and that Britt Hume, John Jameson, and the dirty stinking Jews are out to get him.

All of this is too absurd to require much further analysis. But there are three fundamental flaws with the Kent State response that I will spell out so slowly that even a jihadist who doesn’t have indoor plumbing can understand:

1. The First Amendment does not protect one’s right to falsely claim to have raped and sodomized specific individuals. That is called defamation.

2. The First Amendment does not protect treason – specifically the posting of bomb-making instructions accompanied by the call to use the bombs to kill American troops during a time of war.

I’m afraid I am going to have to ask the Kent State University Board of Trustees (trustees@kent.edu) to put their heads together and help the Kent State Department of University Communications and Marketing come up with a better explanation. Kent State alums should contact them periodically to assess their progress.

My own Redneck Jihad against Kent state will continue until I get a satisfactory answer from the administration. Or until America’s most effeminate and cowardly jihadist owns up to his behavior.