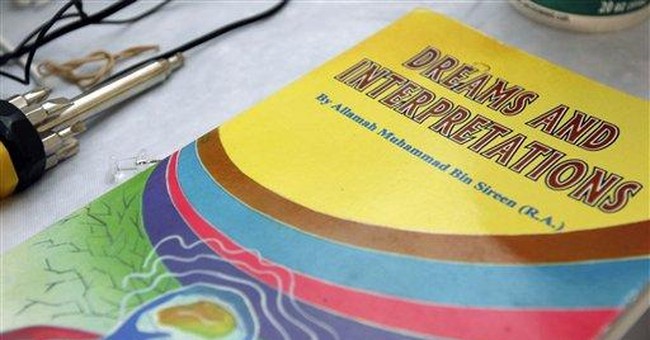 I have a former student who has found the perfect job. She’s working with troubled youths in a faith-based program that allows her to finally put her psychology degree to use – a full eight years after she graduated from college. She likes the job, but she called my office recently to vent about a boy who suffers from Oppositional Defiance Disorder (ODD).

I have a B.A. and an M.S. in psychology. But I must confess that I needed some explanation of ODD because it wasn’t yet a disorder when I studied psychology back in the 1980s. So I asked my former student simply to describe the behavior of the boy with ODD. The conversation went something like this:

Erica (not real name): He is constantly pitching a fit over nothing – or nearly nothing. He argues with everything I say and there is no such thing as a rule he does not question.

Erica: No, he has ODD. I mean, he actively defies and refuses to comply with every request made by every adult. I mean that literally. And he does it just to annoy us and to upset us. But he won’t take responsibility for his behavior or his mistakes. It’s never his fault.

Erica: No, I said he has ODD. He’s also easily annoyed by other people. And he’s full of resentment and anger.

Erica: No, there’s more to it than that. I know he has ODD because of the hateful words he uses when he’s upset. He is just so spiteful and so bent on gaining revenge against anyone he thinks has wronged him.

Erica: I guess you’re right. He is a jerk.

The exchange with Erica was funny and we both eventually laughed about the absurdity of the whole idea of ODD. But the current trend towards viewing all undesirable behavior as symptomatic of a disorder to be treated, as opposed to a wrong to be punished, is no laughing matter.

There are a number of problems associated with redefining all undesirable forms of behavior as “disorders” to be cured. Among them is the unanticipated consequence of depriving man of his humanity. If a man is merely a victim of some disease then he cannot really be considered evil. If he has no potential to be evil, he has no potential to be good.

C.S. Lewis pointed out another unanticipated consequence of our rush to treat, rather than punish, people who do evil things. He noted that the same intellectuals who determine when an illness has set in will also determine when that illness has dissipated. And they have a powerful incentive to drag out the entire process. Who among us would not rather take our punishment and be done with it – as opposed to waiting in perpetuity for the official clearance of a doctor?

If you are not at all concerned with what I am saying please consider the history of the 20th Century. Not long after Nietzsche declared that “God is dead” we began to “progress” beyond the concepts of good and evil. Nietzsche predicted that we were moving into dangerous territory. He also predicted that the 20th Century would be our bloodiest. Even a broken philosopher is right twice a day.

Today, the effort seems to have spread into the realm of nearly every conceivable form of behavior. It is worth noting that the number of disorders legitimated within the medical profession is directly correlated with the number of defenses legitimated by our legal system.

We must rethink our deference to intellectual busybodies who are in a constant search for complex “problems” in need of “solutions” which require their expertise. Put simply, the principal “problem” with humanity is the human heart. It is inclined towards evil, which must be punished if there is to be any hope for humanity.

Returning to an emphasis on punishing evil, rather than curing disorders, is an idea that has consequences. Among those consequences would be a loss of livelihood for many psychiatrists who need to earn a living. But to do otherwise would result in a loss of humanity for many lost souls in need of redemption.

As is always the case, that which seems to be a “problem” in need of a “solution” is nothing more than a simple trade-off. And where trade-offs are involved, choices between alternative visions of the world are inevitable.