I Intend to Protest Your Protest 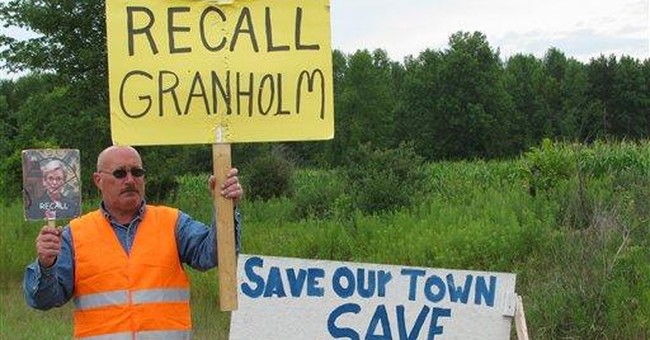 Members of the Muslim Student Association (MSA) at Michigan State University (MSU) didn’t know what they were getting into when they tried to suppress the free speech rights of Professor Indrek Wichman. On February 28, 2006 he read in the MSU student newspaper a call to protest the publication of the Muhammad cartoons. The article struck a raw nerve. He responded with the following:

Dear Moslem Association: As a professor of Mechanical Engineering here at MSU I intend to protest your protest. I am offended not by cartoons, but by more mundane things like beheadings of civilians, cowardly attacks on public buildings, suicide murders, murders of Catholic priests (the latest in Turkey!), burnings of Christian churches, the continued persecution of Coptic Christians in Egypt, the imposition of Sharia law on non-Muslims, the rapes of Scandinavian girls and women (called "whores" in your culture), the murder of film directors in Holland, and the rioting and looting in Paris France. This is what offends me, a soft-spoken person and academic, and many, many, many of my colleagues. I counsel you dissatisfied, aggressive, brutal, and uncivilized slave-trading Moslems to be very aware of this as you proceed with your infantile "protests." If you do not like the values of the West--see the 1st Amendment--you are free to leave. I hope for God's sake that most of you choose that option. Please return to your ancestral homelands and build them up yourselves instead of troubling Americans. Cordially, I. S. Wichman, Professor of Mechanical Engineering.

Some may say this reaction was a tad over-heated. But in a university environment, the more important question is: Were the statements accurate? It’s tough to argue with the validity of Professor Wichman’s factual assertions. And even tougher to demand that Wichman remain morally neutral regarding the examples of Muslim misconduct he cites.

For over three weeks Professor Wichman heard nothing about his email. But behind the scenes, the MSA had called in CAIR and had three separate meetings with the MSU provost. The MSA and CAIR both demanded that Wichman be censured, disciplined, enrolled in diversity and sensitivity training, and even “re-educated” on Islam.

To his credit, the MSU Provost did not cave in to the CAIR/MSA demands. On March 20, 2006 he wrote Wichman a letter saying that he strongly disagreed with the “intemperate tone” of his email. But he added that Wichman still had rights to free speech. From there, things got worse.

The MSU Provost told Wichman that if he continued to “harass” and “intimidate” the MSU MSA - while creating a “hostile intellectual climate” - then formal charges consistent with MSU anti-discrimination policy (ADP) would be filed by MSU against him.

On April 24, 2006 Wichman realized that the issue had not quietly gone away. He began receiving telephone calls and emails from local newspapers, AP, Reuters and other national and international outlets. CAIR and MSA, frustrated by the MSU Provost, had gone over his head and published a response, organized a press conference, and made a national/international press release.

CAIR and MSA’s public call upon MSU to take “disciplinary action" against Wichman’s “Islamophobic” email was a classic example of Muslim cowardice. Michigan’s CAIR Executive Director Mr. Dawud Walid said it was “unconscionable for a professor to use his university e-mail account to foster a hostile learning environment for Muslim students.” He added, “The University needs to take appropriate disciplinary action in this case to demonstrate through its actions that anti-Muslim bigotry will not be tolerated on campus.”

It should be noted that Mr. Walid has gone to court to argue for applying Sharia law in mid-Michigan. That serves to undercut significantly his stature as an opponent of bigotry towards minorities.

I sat down for a beer - I believe it was a Danish beer – with Indrek Wichman in April. When he said he meant to “protest the protest” of the MSA he really meant it. He helped form a conservative faculty group at MSU. The group serves to protest speech codes, invite conservative speakers to campus, and represent students and faculty whose rights are trampled by the MSU administration.

Indrek Wichman is not your typical college professor. He is a true First Amendment hero.

Meanwhile, Dawud Walid is still fighting to repeal the First Amendment and keep Muslims from being offended. He wants to replace it with Sharia law so Muslims can freely beat their wives and publicly execute homosexuals.