Forward this Column or Get Stuck on Stupid 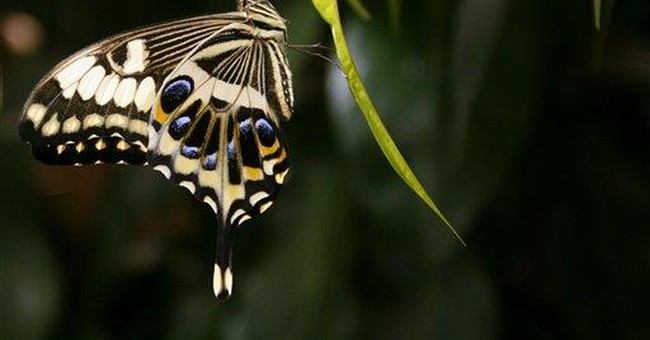 If your kid comes home from college one day and tells you that your Christian faith is stupid, welcome to the world in which I live. The college environment does that to our kids. It makes good Christian students stupid. By that I mean it turns them into liberals, atheists, or both. Three out of four Christian kids (that’s 75% for those of you who attend UNC-Wilmington) abandon the church when they go to college and only about a third of them return by age 30. In other words, most stay stuck on stupid.

Christians and conservatives could simply whine about this, but then we would just sound like liberals. Instead, we need to take action. Before I tell you what you can do to help fix this problem, let me clarify what we’re facing.

Two Jewish researchers went on campus (this is not a joke) last year to see just how anti-Semitic the faculty were. Their findings? In a survey of over 6,600 college professors across the country, they found virtually no anti-Semitism. Instead, they found a distinct bias against evangelical students: More than half (53%) of college faculty view evangelical students unfavorably. Mormons are next at 33%, followed by Muslims at 22%.

Let me put this in proper perspective: In the United States of America, professors are two and a half times more likely to view evangelical Christian students unfavorably than Muslim students.

But enough with the statistics - what are Christians doing about this? Just take a moment to imagine the following:

There’s someone speaking on college campuses capable of - without quoting Bible verses - showing students solid evidence why Christianity is the most reasonable worldview. Imagine further that the four-point presentation this person gives is so provocative and entertaining that not only Christians attend, but atheists and skeptics show up as well (swelling some audiences to over 1500 like a recent N.C. State presentation). Imagine that during Q&A atheists are treated respectfully, but their arguments are exposed as fallacious. And imagine that there is a book, DVD series, website and TV show available for follow up that strengthens Christians and challenges skeptics to consider Christianity.

You don’t need to just imagine it happening because it already is. Dr. Frank Turek, founder and President of www.CrossExamined.org, is leading a team of Christian apologists to conduct I Don't Have Enough Faith to Be an Atheist seminars on college campuses and at churches across the country. The seminar, based on Turek Geisler’s award-winning book of the same name, is outstanding (back in September 2006, I told you that this is the book that helped bring Jimmy Duke to Christ).

I hosted Frank here at UNCW a couple of weeks ago, and I can tell you that the Christians were emboldened and the atheists were respectfully but firmly refuted. In fact, we’ve already invited Frank back for next semester, which will coincide nicely with UNCW’s three-year celebration of Charles Darwin (“diversity” demands that we have an opposing view, I’m told).

Please go to www.CrossExamined.org to invite Frank or someone from his team to your campus or church. If you can’t get into the fight directly, then maybe you can help others do so by donating on the website (Frank and his team charge students nothing for campus events—they rely on tax-deductible donations). At the very least, get the book, watch the TV show (Sundays at 6 p.m. Eastern on DirecTV Channel 378), and visit the website to equip yourself and your kids with the truth.

It’s time for conservatives and Christians to stop whining about how secular liberals are dominating our college campuses. It is time to take action and reach out to college students who are stuck on stupid.

Author's Note: Despite the results of last weekend's game, Dr. Adams will still speak at UNC-Chapel Hill this Thursday, April 10th at 7 p.m. in 209 Manning Hall. Protestors will not be permitted to bring food into the auditorium. Feminists will be charged $10 admission. Adults and homeless veterans will get in free.