The Journal of Genetic Rationalization 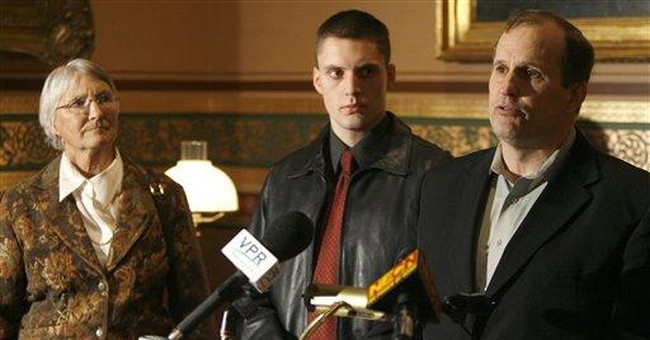 The University of North Carolina - Wishful Thinking (UNCW) has announced the establishment of a new journal called The Journal of Genetic Rationalization. Professors in the Department of Genetic and Social Engineering will be responsible for editing the quarterly journal. Spring interns at www.DrAdams.org  have obtained a copy of the Table of Contents page listing all research articles for Volume One, Issue One. That page is reproduced below in its entirety:

The Christian Missionary Gene. The present research questions why people would make decisions that would cause them to be persecuted for religious reasons. It also questions why people would make decisions tending to reduce their life expectancy. The present study, conducted in Sudan, concludes that there is a gene that causes people to pursue a Christian Missionary lifestyle. This conclusion is not based on scientific evidence. It is instead based on logic that begins with the assumption that people tend to choose lifestyles that extend their life expectancy. Therefore, a lifestyle that is risky is not chosen within the common understanding of the word “choice.”

The Overspending Gene. Overspending is a compulsion that brings many unwanted consequences. Among those consequences are debts, which, when incurred in college, cause a person to be less desirable to members of the opposite sex who are seeking marriage partners. This study shows that debt also varies positively with a woman’s likelihood of seeking an abortion. Furthermore, the present study shows that, today, more and more people are getting into deeper debt. The Darwinian implications of these findings are ignored altogether. It is concluded that debt is a condition no one would choose freely. Hence, the present study argues for the existence of an overspending gene. Future research is encouraged in order to find some actual evidence for such a gene.

The Tardy Gene. Attention seeking has been a common explanation for chronic lateness. Television star and psychologist Dr. Phil has advised – to Brittany Spears and others he is unqualified to counsel – that such strategies often backfire. A person will often make late appearances at social gatherings in order to draw attention without realizing that the attention she draws is significantly more negative than she had expected. Since it is assumed that people are not likely to make choices that bring about adverse consequences – even when those adverse consequences were unforeseen – the existence of a tardiness gene is assumed. Researchers are encouraged to begin the search for evidence of a tardiness gene before it is too late.

The benefits of the mass printing and circulation of The Journal of Genetic Rationalization can hardly be overstated. People who had previously supposed that the bad things in their lives were a consequence of bad decisions will be relieved. There will be no more guilt and stress caused by the awareness and acknowledgement of their own imperfections. And, best of all, this journal will give readers this freedom while simultaneously freeing scholars from supporting their claims with evidence.

In addition to the relief of past guilt, this new journal will provide future benefits. Readers will never have to make adjustments in their own personal conduct. The genetic rationalization is fixed and permanent. Once adopted, it might as well be coded in one’s DNA.