Michelle Ray
|
Posted: Nov 17, 2019 12:01 AM
Share   Tweet
The opinions expressed by columnists are their own and do not necessarily represent the views of Townhall.com. 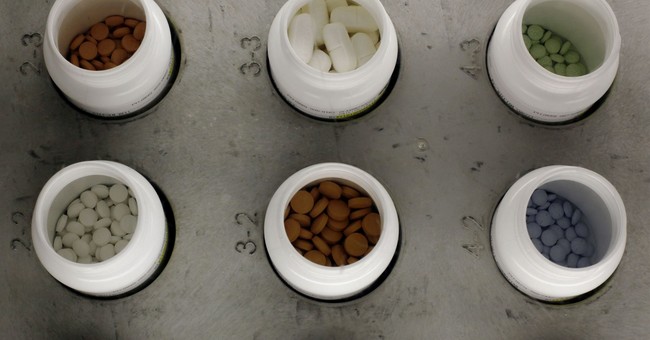 Speaker Nancy Pelosi and a host of both Democrats and Republicans want the federal government to apply price controls to prescription drugs. Their proposals are based on two fantasies. The first is that drug prices are skyrocketing; the second is that taming drug prices is the key to holding down the cost of health care.

While no one is sure who said it first, the phrase "man bites dog" has become the definition of a powerful news story – something unexpected. In health care, the phrase applies to the remarkable decline in the average price of a pharmaceutical prescriptions.

In fact, the story is so remarkable that journalists themselves can't acknowledge it.

But check out the official Bureau of Labor Statistics data and see for yourself. The Consumer Price Index for Prescription Drugs (abbreviated as "CPI-Rx") has now declined for four straight months and in seven of the past ten. In a new report, the President's Council of Economic Advisers (CEA), stated, "From the peak in June 2018 through August 2019, the CPI-Rx has declined by 1.9 percent…. The year-over-year change in the index has now been negative for 8 of the previous 9 months."

The CEA, by the way, is headed by one of the most prominent health economists in the country, Tomas Philipson, who came to government from the University of Chicago. Politicians and members of the media who can't trust their own eyes have argued that the BLS statistics are somehow wrong. Partly because of this unfounded criticism, the CEA issued its 24-page report, which examines the BLS approach at length and explains why it is indeed valid.

The report points out, first of all, that "the news stories rely on studies that make claims about overall prescription drug prices based on list price changes of brand name drugs." List prices, however, "are perhaps the least important measure of price for prescription drugs."

The reason is that pharmacy benefit managers (PBMs), the gatekeepers for drugs used in commercial plans and most of Medicare, demand rebates and discounts that substantially lower prices actually paid. In addition, critics don't fully take into account the power of generics, which represent 90% of all prescriptions, to lower the overall costs of drugs.

One good way to check the BLS numbers is by looking at drug prices reported by giant PBMs. For example, Express Scripts, with more than 80 million members, reported that the price of an average prescription in 2018 fell by 0.4% compared with a year earlier -- "the lowest commercial drug trend in 25 years." Express Scripts reported that prices for its Medicare clients declined even more: 1.4%.

The main reason is that the Trump Administration has made it easier for generic drugs to gain approval. These copies of more expensive brand-name drugs that have lost patent protection boost competition and drive down prices.

The second fantasy regarding drugs is that they are somehow responsible for high health care costs overall. In fact, for many years, the Department of Health and Human Services has reported that retail medicines represent just 10% of total health spending. Chris Pope of the Manhattan Institute recently calculated that, including drugs dispensed in hospitals and doctors' offices, the figure is still only 12%, "compared with 15% in Australia, 17% in Canada and 19% in Japan."

Meanwhile, the latest HHS data show that hospitals account for 33% of total health spending; physician and clinical services, 20%. Again, these are official government statistics, but that does not stop a hospital trade association, for example, from claiming that pharmaceutical costs are 23% of health spending and "hospital stays" just 16%.

In addition, medicines serve to keep patients out of hospitals, where costs are truly out of control. (The average U.S. overnight stay, according to Peterson-Kaiser Health Tracker, is $5,220.). For example, from 2001 to 2014, the rate of inpatient stays for heart disease decreased 41.5%. This period coincides with the development of important medicines to reduce cholesterol and high blood pressure.

Citing government studies, Pope writes that "an extra $100 in prescription drug utilization…by Medicare beneficiaries can be expected to reduce the program's spending on other medical services by $95 while delivering better outcomes."

Unfortunately, myth and misinformation about drugs abound. But that does not mean that politicians and the media have to embrace the distortions. If we build our public policy on a foundation of myth and inaccuracy, we will inevitably limit innovation and make Americans a lot less healthy.