Michelle Malkin
|
Posted: Dec 27, 2017 12:01 AM
Share   Tweet
The opinions expressed by columnists are their own and do not necessarily represent the views of Townhall.com. 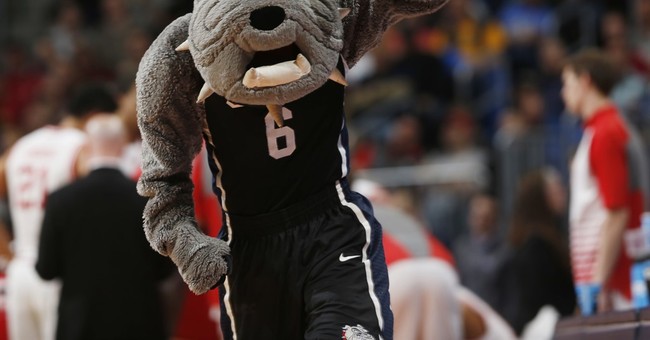 There are talkers and doers, sowers of dissatisfaction seeds and agents of lasting change. Much of my column work over the year is dedicated to exposing the worst crapweasels in politics, pop culture, media and the policy arena. But to ring out 2017, I'm raising a toast to some of my favorite bulldogs -- vigilant citizens, independent journalists and bloggers, and dedicated activists who work tirelessly to protect life, liberty and the pursuit of happiness.

Angel Moms and Dads: These brave parents of victims of illegal immigrant crime keep the legacies of their lost loved ones alive by fighting for secure borders and immigration enforcement to prevent more needless suffering. After President Trump spotlighted several members on the campaign trail in 2016, liberal journalists attacked them as a "hate group" -- never mind the fact that many are legal immigrants and naturalized citizens themselves. As open-borders lobbyists fight hard this coming year for amnesty, sanctuary cities, and border wall sabotage, look for the Angel Moms and Dads to step up and speak for the voiceless.

Terri LaPoint: An Alabama-based writer and investigative reporter, Terri runs MedicalKidnap.com for Health Impact News. She exposes the dangerous alliance between child welfare bureaucrats and elite medical institutions that undermine parental rights and separate sick kids from their families in the name of saving them. While the Justina Pelletier and Charlie Gard cases prompted international outrage, most medical kidnappings go unnoticed and unreported on a chillingly routine basis. LaPoint is the go-to resource for families under siege for defending their medical autonomy.

Luke Rosiak: This prolific investigative reporter for the Daily Caller News Foundation has broken dozens of stories on the Democrats' information technology scandal involving what Rosiak calls a "massive cyber breach on Congress and cover-up." For the past year, he has hammered away at House Dems who employed IT aide Imran Awan and his family members to the tune of at least $4 million in taxpayer funds between 2009 and 2017. Thanks to Rosiak's work, we learned that Awan and his brothers were under investigation for equipment theft and accessing congressional computer networks while working for several Democrats who served on committees that handle highly sensitive national security information. Awan was wiring gobs of cash to Pakistan; his brother Abid ran a used-car lot with no inventory, a fake sales staff and funding from a "Hezbollah-linked fugitive." While Rosiak collects and connects the shady dots, the rest of the media is still snoozing.

Kimberly Corban: This Colorado mom is a passionate Second Amendment defender who directly challenged President Barack Obama's support of gun control by sharing her experience as a rape survivor in 2006. More than 10 years later, Corban speaks regularly to young women on college campuses and defies the left-wing feminist orthodoxy of rape survivors as perpetual victims. She has weathered death threats and hate attacks online, but remains undeterred in her quest to help empower women through armed self-defense.

Obianuju Ekeocha: This Nigerian-born pro-life speaker and organizer is president of Culture of Life Africa. With her megawatt smile and razor-sharp tongue, Ekeocha takes on the abortion ghouls in Hollywood, the BBC and at the U.N. armed with data and backed by African women who uphold the sanctity of life in word and deed. Ekeocha uses Twitter and social media masterfully to unmask left-wing cultural imperialism and build a global culture of life.

Brian Bates: An Oklahoma private investigator, Bates' website on the case of former Oklahoma City police officer Daniel Holtzclaw's wrongful convictions (holtzclawtrial.com) is a rare challenge to prosecutorial misconduct and crime lab incompetence in the Sooner State. If not for his work, I would not have embarked on my own continuing investigative journey into a case that represents the worst miscarriage of justice in the criminal justice system that I've covered in 25 years. Stay tuned as many more independent experts and advocates weigh in on the case in 2018 while Holtzclaw fights for his exoneration.

Judicial Watch: The D.C. watchdog foundation is simply the best muckraking giant on the right -- shining bright light on the sleazeballs and scam artists in the Beltway swamp. Tom Fitton and his crew have spent decades fighting against government corruption and misconduct by using the Freedom of Information Act and challenging evaders in court.

Michael Morisy & Mitchell Kotler: These transparency advocates founded MuckRock in 2010 to assist journalists filing public records requests across a complicated landscape of local, state and federal agencies. MuckRock tracks the process from start to finish, sends follow-up messages to foot-draggers, and helps crowdsource the results. I'm not just a fan of their passion project. I'm a regular user of the site, and you can see my FOIA requests on MuckRock.

Check out all of my Bulldog Award winners at CRTV's Michelle Malkin Investigates (crtv.com/michelle-malkin-investigates), and here's to more effective exposure and hell-raising in 2018. Cheers!