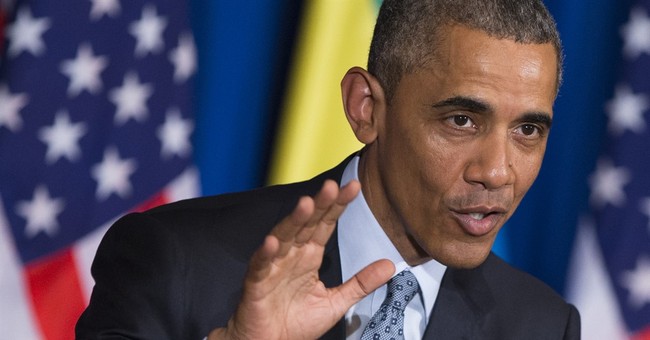 Trending
It's the most far-reaching scandal in Washington that no one wants to talk about: Tens of millions of federal employees had their personal information hacked as a result of Obama administration incompetence and political favoritism.

Could it get worse? You betcha.

Amid increasing concerns about these massive government computer breaches, the Defense Department is expected to announce the winner of a lucrative high-stakes contract to overhaul the military's electronic health records system this week.

As I've reported previously, Epic employees donated nearly $1 million to political parties and candidates between 1995 and 2012 -- 82 percent of it to Democrats. The company's top 10 PAC recipients are all Democratic or left-wing outfits, from the Democratic Congressional Campaign Committee (nearly $230,000) to the DNC Services Corporation (nearly $175,000) and the America's Families First Action Fund Democratic super-PAC ($150,000). Faulkner received a plum appointment to a federal health IT policy panel in 2011. Brandon Glenn of Medical Economics noted that "it's not a coincidence" that Epic's sales "have been skyrocketing in recent years, up to $1.2 billion in 2011, double what they were four years prior."

The university's top doctors and medical staff market their informatics expertise and consulting services to other Epic customers "to ensure the successful implementation and optimization of your Epic EHR." Will they be sharing their experience having to mop up the post-cyber attack mess involving their Epic infrastructure?

UCLA Health acknowledged that the hack forced it to "employ more cybersecurity experts on its internal security team, and to hire an outside cybersecurity firm to guard its network," according to CNN.

Now another Obama crony is poised to cash in on her cozy ties and take over the mega-overhaul of millions of Pentagon and Veterans Affairs medical records to the tune of at least $11 billion.

Can you say "Epic fail"?