No Illegal Alien Pilot Left Behind

Michelle Malkin  |  Nov 10, 2010
The opinions expressed by columnists are their own and do not necessarily represent the views of Townhall.com.
Top Columns
Trending on Townhall Media 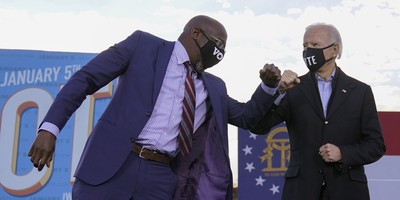 Chalk up another Code Red Elmo moment for the U.S. Department of Homeland Security. While Islamic terrorists groom suicide bombers starting in kindergarten, the grownups in charge of protecting America can't seem to reach an elementary level of competence.

The "good" news: Hindsight-driven bureaucrats at DHS moved to ban high-risk cargo from Yemen and Somalia this week after a global air scare involving makeshift printer/toner cartridge-bombs. The bad news: More than nine years after the 9/11 jihadist attacks, untold numbers of high-risk flyers have been able to board, ride and pilot American planes -- some with Transportation Security Administration approval to boot.

Outside Boston, one shady flight school provided single-engine pilot lessons to at least 33 illegal immigrants from Brazil. But clear counter-terror rules ban illegal aliens from enrolling in U.S. flight schools. Clear counter-terror regulations require TSA to run foreign flight students' names against a plethora of terrorism, criminal and immigration databases. Head-scratching airport security officials were at a loss last week to explain how dozens of these illegal alien students eluded their radar screen when the agency "performs a thorough background check on each applicant at the time of application" and checks "for available disqualifying immigration information," the Boston Globe reported.

A cluebat for the Keystone Kops: No matter how DHS Secretary Janet Napolitano might spin it, the "system" is not "working" in any sense of either word.

Whistleblowers have warned for years about the gaping holes in both the TSA's and the Federal Aviation Administration's foreign pilot screening systems. In 2005, aviation safety inspector Edward H. Blount of the Alabama Flight Standards District Office sent a letter to the TSA warning of federal policies that were "fostering illegal flight training by foreign individuals" in the U.S. on improper visas. Blount reported that he and another investigator were told by a TSA official that the agency was "not going to look at the visa status" of pilot applicants.

The next year, TSA issued a backside-covering memo shirking responsibility and instead pointing fingers at the Bureau of Immigration and Customs Enforcement and the Department of State for neglecting to follow up on rigorous immigration status checks for foreign pilots.

In 2008, ABC News discovered that thousands of foreign nationals were able to enroll in flight schools despite the strict flight security rules. "Some of the very same conditions that allowed the 9-11 tragedy to happen in the first place are still very much in existence today," one regional TSA officer warned. "TSA's enforcement is basically nonexistent," former FAA inspector Bill McNease told the network. The matter was kicked upstairs to DHS higher-ups in Washington. And there it gathered dust.

Compounding those persistent gaps are the myriad ways the open-borders lobby has undermined secure identification. Homeland security officials were warned years ago about the use of bogus Mexican matricula consular cards by illegal aliens boarding planes. American banks have pandered to the pro-amnesty lobby in search of illegal alien customers; the financial industry championed the use of the matricula consular cards as identification despite widespread fraud, inability to verify validating documents and lack of any central database. Dozens of municipalities have incorporated consular cards as "valid" ID for illegal aliens, and three states still issue driver's licenses to illegal immigrants. Open-borders ideologues populate every corner of the Obama administration, from DHS to the Department of Justice, where civil rights division head Thomas Perez has long crusaded for illegal alien licenses.

As I reported in the aftermath of the would-be Christmas Day bomber fiasco last year, data are only as good as the people entrusted to collect, process and use the information to protect national security. Without the ability to share and access the information across numerous agencies, the data are useless. There is still no functional interoperability among an alphabet soup of national security and criminal databases -- including NAILS, TECS, CLASS, VISAS VIPER, TUSCAN, TIPPIX, IBIS, CIS, APIS, SAVE, IDENT, DACS, AFIS, ENFORCE and the NCIC. The Senate raised questions about understaffed efforts to modernize some of these databases last spring. They're still waiting for answers.

As usual, the homeland security moppets under fire stress that they found no links to terrorism among the immigration law-breaking flight students outside Boston. This misses the gobsmackingly obvious point that, despite billions of dollars and years of bureaucratic expansion, our homeland security infrastructure cannot yet provide adequate protection against unauthorized, unscreened, undocumented and unwanted intruders -- terror-related or not. That is not a consolation. That is an indictment.