It's All the Tea Party's Fault 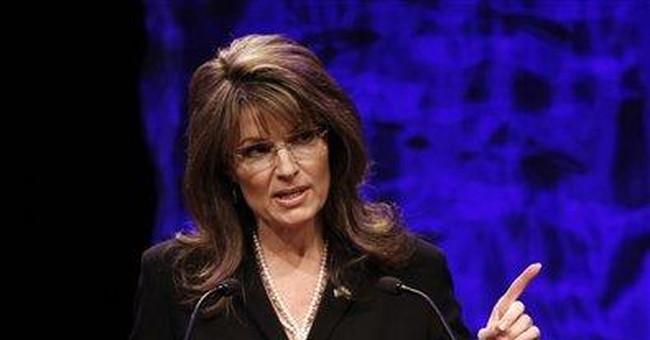 Remember "Not Me"? He was the famous invisible cartoon gremlin in the newspaper comic strip "The Family Circus." Whenever toys were left on the floor or other school-age disasters struck, the kids in the comic pointed their fingers at "Not Me." Today, "Tea Party" is the juvenile left's new "Not Me" -- an all-purpose scapegoat for every crime and disaster.

On Thursday morning, a disturbed pilot flew a small plane into an Austin, Texas, office complex that contained an Internal Revenue Service office. Several workers in the building were injured, and Joseph Andrew Stack, the pilot, was killed in the crash. Local authorities suspect he set his house on fire -- from which his wife and daughter escaped -- before taking off on his deadly journey. Investigators found a Web posting, identified as Stack's "suicide manifesto," in which he railed against tax laws, inequity, government and crony capitalism. He also targeted "puppet" George W. Bush, murderous health care insurers and the pharmaceutical industry.

This nutball had deadly grudges that transcended partisan lines. But within minutes of the story breaking, a furious left-wing blogger at the popular Daily Kos website -- where countless Democratic leaders have guest-posted -- fumed: "Teabagger terrorist attack on IRS building." The article immediately cast blame on the anti-tax Tea Party movement: "After months of threats on the United States government, and government institutions, the Anti-Government forces known as the teabaggers have struck with their first 911 (sic) inspired terrorist attack."

At the eponymous mega-website of Arianna Huffington, a 2,000-plus comment thread was filled with allusions to "teabaggers":

I would bet he has a membership card to teabag nation and the Glenn Beck fan club!

Oh please. This has tea bags dripping all over it.

This guy sounds like a Tea Partier first class! Maybe that movement is more DANGEROUS to our freedoms than they let on! Be afraid America, BE VERY AFRAID!

He was a Tea Party Terrorist.

In the early aftermath of the suicidal pilot's attack, there was no evidence that Stack belonged to a Tea Party organization. In any case, no law-abiding Tea Party group would ever condone what he did. But it didn't stop the haters from immediately smearing advocates of limited government. And it's just the latest in a long line of calculated attempts to paint the vast majority of peaceful Tea Party activists as terrorist threats to civil society.

This week, absurd liberal pundits and bloggers also tried to connect the tragic University of Alabama-Huntsville murders to the Tea Party movement. No matter that the alleged killer, Amy Bishop, was an Obama-worshiping academic who repeatedly got a soft-on-crime pass. Or that Democratic Rep. William Delahunt of Massachusetts was the former prosecutor involved in dropping charges against Bishop in the deadly shooting of her teenage brother. Or that liberal-dominated campus officials apparently looked the other way in response to Bishop's several red-flag flashes of violence leading up to the U of A shootings.

Tea Party-bashers claimed that the murders were a manifestation of racist conservative influence on the American landscape. Reuters Foundation Fellow Jonathan Curiel picked up the theme: "The 'results' that the Tea Party movement envisions include less government -- and less of Obama."

Curiel bemoaned the rejection of a post-racial society by tying together the Alabama massacre and the rise of the Tea Party movement more explicitly. Proof of anti-Obama bigotry, he wrote, could be found in "last week's shooting in Alabama, where a disgruntled white professor murdered three minority professors; and the growing success of the Tea Party movement, which is overwhelmingly white and increasing (sic) vocal in its violent dislike of the nation's first black president."

The smear merchants, of course, are simply following Rahm Emanuel's advice to exploit every crisis. Pointing fingers at the Tea Party gremlin demonizes the left's most potent political opponents. This is the blame-gamers' ultimate agenda: criminalizing dissent.