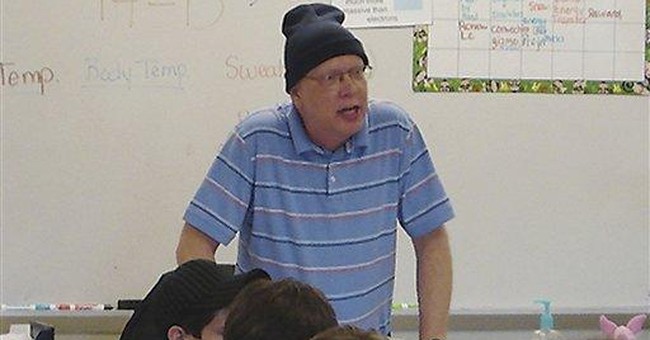 There are serious problems with the administration of the U.S. census. Americans have good reason to be wary of the stranger's knock on the door. Unfortunately, anything critics say about the federal census can and will be used against them in the court of left-wing opinion.

First, the disturbing news about the government's most recent census travails: According to a new General Accounting Office report, botched fingerprinting by ill-trained employees led to the hiring of some 36,000 census workers with insufficient background checks. "More than 200" of those workers may have had serious criminal records, according to the GAO. The investigators revealed that:

"…of the prints that could be processed, fingerprint results identified approximately 1,800 temporary workers (1.1 percent of total hires) with criminal records that name check alone failed to identify. Approximately 750 (42 percent) (of those) were terminated or were further reviewed because the Bureau determined their criminal records -- which included crimes such as rape, manslaughter and child abuse -- disqualified them from census employment."

Gulp. This comes on the heels of the Census Bureau's admission that it is uncertain of the final cost of the 2010 decennial census, and that it faces ongoing problems with handheld computers used to collect data. The failure of the handheld devices will increase census costs by up to $3 billion, officials told a House subcommittee last month. On top of that, NewMajority.com blogger Tim Mak points out, the bureau is grappling with cost overruns of nearly $90 million related to verifying its address list.

Then there's the troubling alliance between the Census Bureau and the aggressively partisan Service Employees International Union -- whose many leading officials and organizing tactics are inextricably intertwined with the disgraced personnel and methods of the ACORN community organizing racket.

GOP Congressmen Peter Roskam, Patrick McHenry and Mark Kirk pointed out in a letter to Census Director Robert Groves that the SEIU donated more than $4 million to ACORN in 2006-07. ACORN founder Wade Rathke, who covered up his brother's million-dollar embezzlement of ACORN funds, is the "Founder and Chief Organizer" of SEIU Local 100. In Chicago, SEIU Locals 1 and 880 have contributed $230,000 to ACORN groups in Illinois and Texas. Many of their offices are co-located.

Given "SEIU's intimate financial relationship with ACORN," which the Census dropped from its partnership contracts after last month's prostitution sting video fiasco, "you should take action to protect the public from the corruption of the 2010 census," the GOP critics wrote. Their warning has gone unheeded.

Alas, watchdogs can't call attention to the politicization of the census enumeration process and its bureaucratic woes too loudly.

Three weeks ago, a part-time census worker was found murdered in rural Kentucky. Bill Sparkman was tied to a tree by the neck (his feet touching the ground when discovered), and the word "fed" had been scrawled on his chest with a felt-tip pen. Police are still investigating and haven't ruled out three possibilities: suicide, accidental death or homicide. "We're not responding to any of the speculation, the innuendo or the rumors," Don Trosper, spokesman for the Kentucky State Police, told the Christian Science Monitor last week. "The Kentucky State Police concerns itself with facts."

But this hasn't stopped rabid opportunists from convicting outspoken conservatives in the media of the unresolved crime/non-crime/incident.

The Atlantic's Andrew Sullivan immediately fingered "Southern populist terrorism, whipped up by the GOP and its Fox and talk-radio cohorts." Author Richard Benjamin acknowledged that the area where Sparkman died is an infamous drug haven, but zeroed in on "anti-government bile" as his favored culprit. Benjamin singled out GOP Rep. Michele Bachmann of Minnesota for her criticism of ACORN and the Census.

They did this with abortionist George Tiller's shooting in Kansas, the Holocaust Museum shooting in Washington, D.C., and the Binghamton immigration center shooting in New York. Motives had yet to be determined and bodies were still warm, but that did not stop the liberal stampede from redefining conservative political expression as an incitement to violence.

This cynical move to demonize criticism of the census is part of a larger drive by the left to muzzle limited-government advocates at every opportunity. Who needs the Fairness Doctrine? The criminalization of conservative dissent is well underway.