The Antichrist and the Muslim Mahdi (Part 2) 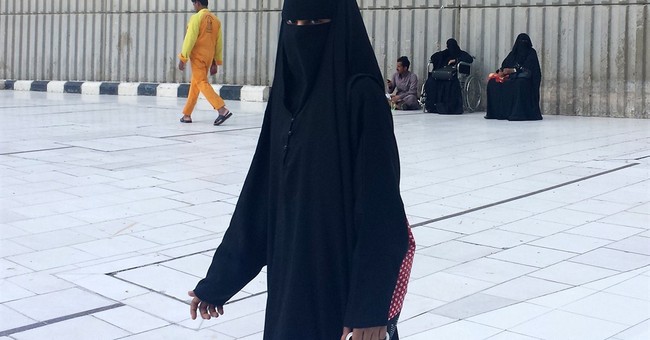 In my last article, I explained the Judeo-Christian understanding of the Antichrist, and that he will somehow be intertwined with Israel, and more specifically, Jerusalem.

Because Islam borrowed a great deal from Judaism and Christianity, it is not surprising that they too have a figure with a messianic complex—the Mahdi, or the Guided One.

Muslims see the Mahdi as a savior who will lead a global revolution and establish a worldwide Islamic empire. The Mahdi will rule the earth as the final Caliph of Islam (a caliph is both a political ruler and a spiritual representative of Allah on earth).

Muslims revere Jesus (whom they call Isa) as the Masih or Messiah. In Islamic eschatology, the Mahdi will arrive at the same time that Isa returns. Isa will descend to earth in Syria, east of Damascus, dressed in yellow robes, and will assist the Mahdi, who will rule over the earth for seven years (or, in some Islamic traditions, nine or nineteen years). At the end of the Mahdi’s rule, there will be a Day of Judgment for the entire human race.

The parallels between the biblical Antichrist and the Mahdi of Islam are chilling. Both are associated with the End Times and the Judgment. Both possess political, military, and religious power, and head up a one-world religion. The Mahdi will force all non-Muslim people to convert to Islam. Like the Antichrist, the Mahdi will establish Jerusalem as his capital, from which he will rule the earth. Islamic scholars Muhammad ibn Izzat and Muhammad Arif write:

The Mahdi will be victorious and eradicate those pigs and dogs and the idols of this time so that there will once more be a caliphate based on prophethood as the hadith states. . . . Jerusalem will be the location of the rightly guided caliphate and the center of Islamic rule, which will be headed by Imam al-Mahdi. . . . That will abolish the leadership of the Jews . . . and put an end to the domination of the Satan who spit evil into people and cause corruption in the earth, making them slaves of false idols and ruling the world by laws other than the Sharia [Islamic law] of the Lord of the worlds.

Muslim scholar Imam Muhammad Baqir states clearly how the Mahdi will establish his one-world religion: “There must be bloodshed and jihad to establish Imam Mahdi’s rule.” And Ayatollah Ibrahim al Amini of the Religious Learning Center in Qom, agrees: “The Mahdi will offer the religion of Islam to the Jews and Christians; if they accept it, they will be spared, otherwise they will be killed.”[ii]

Daniel tells us (and Jesus affirms in the Olivet Discourse) that the Antichrist will establish “the abomination that causes desolation” in the temple in Jerusalem. The apostle Paul adds that the Antichrist “will oppose and will exalt himself over everything that is called God or is worshiped, so that he sets himself up in God’s temple, proclaiming himself to be God” (2 Thessalonians 2:4). Since the temple was destroyed in 70 A.D., as Jesus predicted, this has led some (not all Christians) to suggest that the Jewish temple must be rebuilt on the Temple Mount before the Antichrist can be revealed to the world.

Yet the Dome of the Rock and the Al-Aqsa Mosque stand on the Temple Mount today. One of the Islamic Hadiths (traditions) records that their Prophet Muhammad said, “[Armies carrying] black flags will come from Khurasan [Iran and Afghanistan], no power will be able to stop them and they will finally reach Eela [the Al-Aqsa Mosque in Jerusalem] where they will erect their flags.” In Islamic tradition, black banners symbolize violent conquest, and Muslims await the Mahdi’s conquest of Jerusalem, when he establishes his reign from the temple site.

Daniel 9:27 tells us the Antichrist will establish a seven-year covenant with Israel—but he will break the covenant after three and a half years, defiling the temple with “an abomination that causes desolation.” The Hadiths of Islam also speak of a seven-year covenant that the Mahdi makes with Israel: “The Prophet said: There will be four peace agreements between you and the Romans. The fourth will be mediated through a person who will be from the progeny of Hadrat Aaron [Honorable Aaron, the brother of Moses] and will be upheld for seven years.”[iii]

There can be no doubt: Muslims are preparing to accept the Mahdi as their leader—and the Mahdi is indistinguishable from the world leader we know as the Antichrist.

I bring all of this to your attention so we can have a knowledgeable perspective when viewing current events unfolding in the Middle East.

But Christians should not fear.

Regardless of whether the Antichrist comes in this generation or a hundred years from now, those who have placed their faith in God’s Messiah, Jesus the Christ, fear no one nor even death. Their eternity is secure in the one who is the only one to defeat death and rise from the grave.