Will the Time Come for Conservatives to be Thankful for Obama? 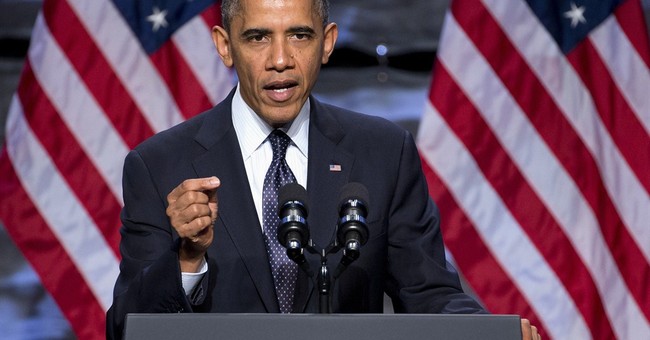 That’s a startling question, to be sure. But it’s a question that haunted me during my recent visit to Australia. There, political conservatism is experiencing a revival of sorts after six years of socialist wilderness.

While in Australia, I kept thinking about a surprising statement made to me by a prominent American conservative leader during the last U.S. election. At that time, he said, “I will not support the Republican candidate. In fact, I hope Obama wins.”

When I couldn’t hide my shock, he went on to explain his perspective: eventually the socialist ideology in our country would over-tip its hand, and then the people would wake up and elect a modern-day Reagan.

Well, now a short time later, socialism has certainly over-tipped its hand. Our debt has spiraled to more than $17 trillion. Twenty percent of our economy—healthcare—is mired in the mud pit of Obamacare. Millions of dollars are spent on the entertainment of public servants. Billions more have been incinerated within expanded bureaucracies of ineptitude and government-funded companies, such as Solyndra. And all of this happened while more and more people dropped out of the workforce and the food stamp program expanded to more than 47 million people.

Now that President Obama’s favorability has plummeted to its lowest levels, and his diehard supporters in the media have given him “Four Pinocchios” for his Obamacare “truthfulness,” I’m wondering if my friend wasn’t prophetic after all.

To be sure, the U.S. electorate has been significantly dumbed down since Reagan’s election in 1980. But nonetheless, what I saw happening in Australia, a country with a center-left majority, could happen here.

In Australia, the socialist government of Julia Gillard began to kill the goose that laid the golden egg—namely the mining industry—by imposing a hefty “carbon tax.” The country then watched as the government—which had run a surplus under the conservative prime minister, John Howard—ran up a $500 billion annual deficit.

The people revolted, and they elected the conservative coalition in a landslide.

The first item on their agenda? Abolishing the carbon tax on the mining companies. And surprise, surprise, the Labor Party is now supporting the conservatives in that effect. One has to assume that the left did not want to become totally irrelevant.

The wisest man who ever lived, King Solomon, once asked: “Why does every generation have to keep on making the same mistakes of the previous generation?” That’s a great question to ponder.

The answer I believe is that human nature is fickle and easily persuaded by silver-tongued snake oil salesmen.

But maybe Obama’s low approval ratings are a sign that folks are finally waking up. Maybe they are finally returning to the sanity of proven policies—low taxes, less government, individual freedom, and above all, respect for human life, born or unborn.

It is a dim hope, but in the end, hope springs eternal.