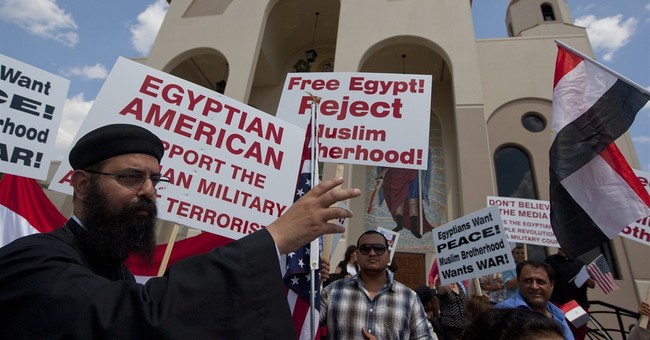 While the temporary, partial government shutdown has riveted our nation, Christians are being martyred all over the world.

The limited space of this column does not permit me to enumerate the long list of martyred Christians and the locations where Christians continue to be killed in cold blood. But needless to say, the violence stretches from Nigeria to Egypt to Iraq to Syria to Pakistan and beyond.

The most tragic act of treachery recently committed by Islamists against innocent Christians took place in a church in Peshawar, Pakistan just a few weeks ago. There, 81 innocent worshipers were slaughtered, and many more were wounded, some permanently.

The Western press, if they reported that tragedy at all, reported it as just another “day at the office,” as if it was unworthy of much news attention. Nothing to see here; move right along.

But those of us who read Arabic and Islamic publications know that Tehrik-e-Taliban Jundullah claimed responsibility for the bombing, stating that the attack of the 130-year-old All Saints Church in Peshawar was revenge for U.S. drone strikes.

Islamists view Christian churches, and Christians in general, as outposts of Western influence. Little do they know, however, that Western governments are just as anti-Christian as they are—although they are more “polite” in their opposition.

With the exception of Angela Merkel of Germany, who factually told a gathering of Lutheran leaders that Christianity “is the most persecuted religion in the world,” sadly nothing is being done for those beleaguered Christians.

Or take the case of the Copts in Egypt. They have been harassed, discriminated against, and persecuted for 1,400 years. More recently, they have suffered violence from the hands of the Muslim Brotherhood. That violence accelerated at a rapid pace because the Muslim Brotherhood government of Mohamed Morsi felt emboldened—not only by the praise heaped on him by his fellow Islamists, but also by the praise of Barack Obama and Hillary Clinton.

In fairness to President Obama, the harmful effect of our foreign policy on Christians started prior to his administration. Before the U.S. invasion of Iraq, there were 1.4 million Christians in that country. Now it would be a stretch to find 300,000.

So much for America’s protection of Christians.

Today, because of Western policies, Christians are being killed in greater numbers than during the first century Roman Empire.

I do not expect Islamist groups to care about the anti-Christian posturing of Western governments. But for heaven’s sake and the sake of their own eternal judgment, may foreign policy makers of the U.S. and Western governments understand their culpability in this matter and do something about it.