The Bipartisan Folly of Our Islam Delusion 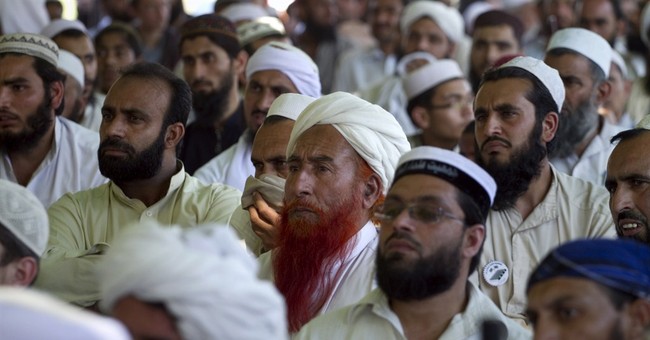 Politicians accuse each other of failure, which is to be expected. Each side has their “narrative,” and the truth often loses out (although I am thankful for the honest and courageous ones who do speak the truth).

But since I’m not a politician, but instead have a prophetic journalistic voice, I will speak the truth and let the chips fall where they may.

There is one area in particular where it is hard to find the truth spoken by either Republicans or Democrats: namely, this whole idea that Muslim people yearn for democracy. It is a glaring short-sightedness that both sides hold in common.

To be sure, many of my Muslim friends long for Western-style democracy and freedom. But they are always thwarted (and always will be) by the majority view. That is why even those friends of mine would admit that democracy is incompatible with Islamic ideology.

Knowledgeable people will agree that democracy and freedom is a delicate rose that was planted in the soil of the Protestant Reformation. The Reformation turned the people of the dark ages back to the Bible, with its deeply-rooted respect for the individual.

The Bible unequivocally declares that God values “the individual.” God not only created a man and a woman to be compatible in every way, but God gave man the management responsibility for His creation—thus God placed “the individual” at the helm of importance.

The Christian faith testifies to the fact that although humans fell in the Garden of Eden, God saw fit to redeem them at a colossal cost to Himself—such is the value he places on us.

That is the soil that gave Western democracy its ideals.

Now enter some misguided Republicans and Democrats who think that the ideology of Islam can be rehabilitated and made compatible with Western Christian values.

Neither political side understands that, contrary to the biblical view of man, the root of Islamic ideology declares that man is of no consequence. Allah is. The human individual is of no value; he is only to serve the whim of Allah, his prophet, and the successors (caliphates) of the prophets of Islam. Democracy and freedom rise from the bottom up, whereas Islam is a top-down ideology—Allah, whose words they claim to have received, is all that matters.

So when George W. Bush often said that freedom is “God's gift to humanity,” thoughtful people needed to ask some important questions.

Such as, which God? Yahweh, the Father of the Lord Jesus Christ? Or Allah of 7th century Arabia?

As well-intentioned as his administration was, a cursory look at our effort to bring democracy to Iraq, Afghanistan, Gaza, and Egypt offer proof of the apparent impossibility of the task.

And when President Obama speaks of Muslims yearning for freedom as we do, one must ask: whose definition of freedom is he talking about?

Well over 90 percent of the Islamic states that signed the United Nations Universal Declaration of Human Rights—and the right to freedom of religion contained within it—would immediately qualify it by declaring that “freedom” means freedom to be a slave of Allah and nothing more.

That is why the definition of freedom is so important. Using that emotive word sounds good in the Western press, but it is meaningless in Islamic culture. Just take a look at the president’s efforts in Libya, Tunisia, and Egypt for confirmation.

To get a taste of the dominant view of Islamic ideology, one need only watch the countless videos of Islamic religious leaders available on the internet. Videos like the one of Egyptian Cleric Sheik Murgan Salem after the Boston bombing will help skeptics understand why I hold such contrarian opinions.

Those men do not speak only for a few; they speak for the vast majority. Regardless of whether it’s the one who declares that U.S. aid is a jeziah that infidels must pay to Muslims, or the one who says that Islam will one day dominate the West, they all prove the folly of not facing the facts.

As long as that folly is shared in a bipartisan fashion, the prospects for peace in the world will be very bleak.