Bloomberg, Obama, and the Stop and Frisk Economy 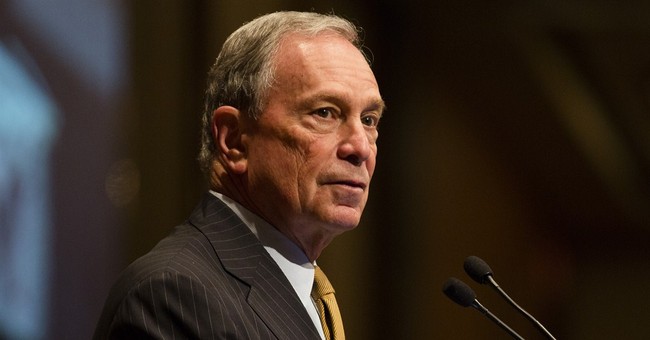 Someone should buy Mayor Bloomberg a copy of the first Ten Amendments to the US Constitution, because it’s fairly clear he’s a little fuzzy on a couple of the details.  A Federal Judge ruled yesterday that New York’s infamous “Stop and Frisk” policy is unconstitutional, as it doesn’t occur with any reasonable suspicion or demonstrable probable cause. But, why let those little details get in the way of randomly searching the citizens of an American city? After all, the Federal government has been doing it to businesses for much of the last decade.

The New York Times ironically reported that Bloomberg angrily accused the judge of deliberately denying the city “a fair trial” and said the city would file an appeal. It’s only ironic because his sentiments most likely mirror those of subway passengers who were randomly selected for a frisk. The Mayor then went on to note that nothing would change, procedurally, with his “Stop and Frisk” policies; citing the procedure as one of the main reasons for New York’s recent reduction in crime. No-one, not even the notoriously liberal New York Times (who has routinely condemned the practice on racial grounds), bothered to mention that results are not the litmus test for constitutionality.

The stop and frisk tactics, however, are not limited to a Mayor who has declared war on gun ownership, high-capacity sodas, and trans-fats. Recently the IRS “admitted” to sending out threatening letters to small business owners, alleging that they had under reported their cash earnings. The letters, which were not an official declaration of investigation, explained that the IRS had reason to believe the small businesses’ low amount of cash sales indicated there was likely under reporting – and thus underpayment – in previous returns. And speaking from personal experience, a letter from the IRS can often feel much like a strip search without a warrant. When it is learned that the IRS was specifically sending these letters to the backbone of the American economy (small businesses) it makes the procedure all the more insulting.

Of course our Federal government has seen a growing disrespect for the constitution on all fronts. Boarding a plane can hardly be considered “probable cause” for a search. Being forced to pay for contraception can hardly be considered freedom of religion. And the government’s insistence on taking over one sixth of the US economy cannot legitimately be declared an example of federalism.

But Mayor Bloomberg’s practice of employing baseless searches as a means to fight crime mirrors how the Federal government has decided to regulate the economy. Rather than focusing on the criminals, our over-reaching government has decided to conduct a shotgun blast approach to any – and every – problem they deem exists. Rather than looking at the structural regulations that sent the housing sector into free-fall, the government implemented Dodd-Frank. Now phone banks are being set up in New York, and other major cities, to troll the area for homeowners who feel wronged by their bank. (Raise your hand if you don’t. . . Yeah, I didn’t think there’d be many hands.)

The capricious nature of our government’s enforcement policies don’t help the situation. The DOJ has decided that the mass shooting (by a self-avowed Jihadist) at Fort Hood was merely workplace violence; but those pesky tea party groups should be put on a watch list for “homegrown terrorism”.

The political uncertainty, as much as poor fiscal policy, is largely to blame for the US economy’s inability to fully recover. Obamacare alone has produced more uncertainty in the economy, than Dick Cheney with a shotgun. President Barack Obama unilaterally declared a one year delay in the “employer mandate” for Obamacare, while writing up new eligibility requirements for the exchanges; and his unelected bureaucrats are writing more regulations every day. In the same random fashion as a good-old-New-York-City-traffic-stop, punitive regulations are catching businesses off guard.

A foundational principle to any successful economy – and for that matter any successful society – is a strong regard for the law. George Washington said we are a nation of laws, not of men. And far from being sexist, the statement was constructed to highlight the important role of equal treatment. . . And a dependable expectation of government’s limitations. That expectation has been eroding, and with it so has our productivity. In a Progressive nation, limitations on government are only heeded as long as they do not interfere with the liberal agenda. After all, notice that Bloomberg swore to continue the procedure, not because of his faith in its constitutionality but because of its perceived effectiveness.

Mayor Bloomberg’s most recent spat with constitutional rights should not surprise many people. He’s fought against his citizen’s second amendment rights, their first amendment rights, and now their fourth amendment rights. But, c’mon. . . The Feds have been doing that, and more, for ages.  He’s just not as good at it as the guys in DC.