Michael Reagan
|
Posted: Nov 09, 2019 12:01 AM
Share   Tweet
The opinions expressed by columnists are their own and do not necessarily represent the views of Townhall.com. 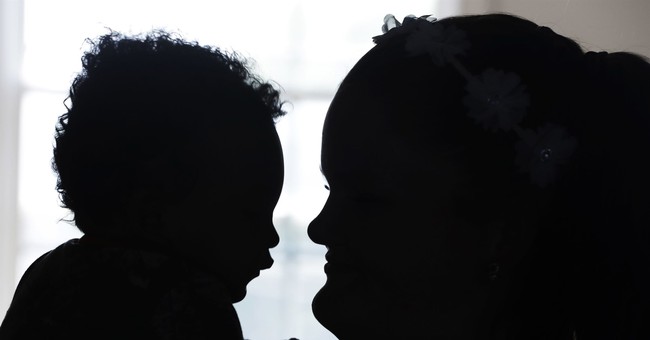 If you're a young child trapped in our infamous foster care system, your future is bleak.

It's likely that you'll bounce around to more than a dozen foster homes until you "age out" at 18 and are allowed to live on your own.

Then, within two years, there's a six in 10 chance you'll be living on the street, in jail or involved in sex trafficking.

Being adopted by a loving family is the miracle any foster child hopes and prays for.

But chances of that happening are tragically low.

And now, thanks to a federal rule change proposed last week by the Trump administration, even fewer kids are likely to get the chance to escape from the cruel prison of foster care.

The rule change would remove language in funding grants from the Department of Health and Human Services that protect LGBTQ and other prospective parents from discrimination when they seek to adopt or foster children.

The rule is being pushed by evangelical Christians, who in their exalted opinion don't think gay or lesbian couples should be allowed to foster or adopt children.

It's very sad. It used to be that Christian churches were in the forefront on adoption.

Maybe that eagerness to open their hearts and homes to unloved children has something to do with James 1:27 - "Religion that is pure and undefiled before God, the Father, is this: take care of orphans and widows in their affliction, and keep oneself unstained from the world."

If evangelical Christian churches are so gung ho about wanting their political hero President Trump to write laws making it impossible or more difficult for LGBTQ families to adopt children from our foster care system, I have some advice for their pastors.

It's incumbent on you and your congregations to pick up the slack and start adopting as many of those 110,000 foster children as fast as you can.

If you're not willing to put your professed love for the children of God into practice in the real world, then don't prevent others from doing a good thing.

Any foster child is much better off being adopted by Rosie O'Donnell and her partner, or any other loving gay or lesbian couple, than remaining in a system infamous for fostering the physical and mental abuse of children.

If they really cared about Jesus' children, they'd push for laws to make sure as many people as possible can adopt them.

This issue is particularly sad for me. I never had to experience the abuses of the foster care system because I was adopted by a loving couple from Hollywood.

Which of us adult Christians would go up to a foster child of 8 and say, "There's a nice couple who would like to adopt you and take you home, love you, raise you well, see that you are well educated and prepare you for a successful life.

"But the problem is, they are gay, so we're going to keep you here."

What would that child choose if it were up to him - ten more years of cold foster care or being adopted by a loving gay couple?

I know what the kid would say. And all good Christians should agree with him.