Where the Money Isn't 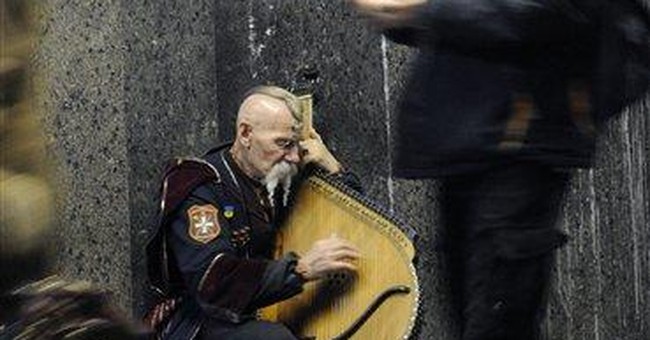 Willie Sutton is wrongly believed to have said he robbed banks because "that's where the money is." He never said that, and anybody who says it now would also be wrong.

A bank's principal function is twofold -- to be a depository for their customers' money and to make profits by lending money and charging interest on the loans.

Thanks to a process known as fractional banking, some of the money they lend is the money their customers deposit with them plus a multiple provided by the Federal Reserve. Simply put, the Fed allows banks to lend more money than they have on deposit.

With the federal government now squandering trillions of dollars it does not have -- and must borrow -- in an alleged attempt to stimulate our economy, the money must come from somewhere. We either sell bonds to other nations, or allow the Fed to create more dollars out of thin air, thus slashing the worth of the dollars in our pockets.

Needless to say, this federal Ponzi scheme has utterly distorted the normal process and opened the door to rampant inflation of the currency.

That distortion has created an Alice-in-Wonderland scenario where white becomes black, and black becomes white.

Uncle Sam meddling with this delicate and intricate banking system is the equivalent of a poorly trained, unskilled mechanic tinkering with the high-performance engine of a racing car.

Let me illustrate the effect of all of this with a personal anecdote. I have a mortgage with an interest rate above 6 percent; the bank considered me qualified for a loan carrying that interest rate.

Yet when I sought to refinance my mortgage and obtain a home loan below 5 percent, I was told I do not qualify for that lower rate mortgage.

It seems the more I earn the less qualified I am.

That's what has turned the banking system on its ear. And we can blame the federal government, which doesn't have the vaguest idea of what they are doing with all their bloated programs and regulations meant to stabilize the economy and revitalize the banking system.

America is in the mess in which we find ourselves thanks to the federal government, which forced banks to lend vast amounts of money to people who could not hope to repay the loans or even make the required monthly payments.

This same government is now in the process of once again telling banks what they must do with their money, and the results will be identical to what they were in its last attempt to force banks to do its will.

The American economy depends on the ability of buyers to obtain credit to finance their purchases. Like it or not, without a source to provide credit, the economy sinks out of sight. It's simple: no auto loans, no new car purchases.

And where do we go to get credit? To the banks, because that's where the money is. Only thanks to government meddling with the economy, we can't get our hands on the money. The banks are afraid to lend it.

Now President Obama has announced his $75 billion mortgage bailout program and he is repeating the previous error -- this time forcing banks to lend money to people who have no equity in their homes, which are now worth less than the money they owe.

According to Moody's Economy.com, about 13.8 million mortgagees -- nearly 27 percent of all homeowners -- owe more on their mortgage than their house is now worth.

"All of us are paying a price for this home mortgage crisis," Obama said.

He failed to mention that the crisis is the result of federal government meddling with the banking system, and now he's promising more of the same.

And they are going to put Ponzi-scheme crook Bernard Madoff in jail for doing essentially the same thing.