"Short Termism," Not High Pay, Helped Cause the Crisis 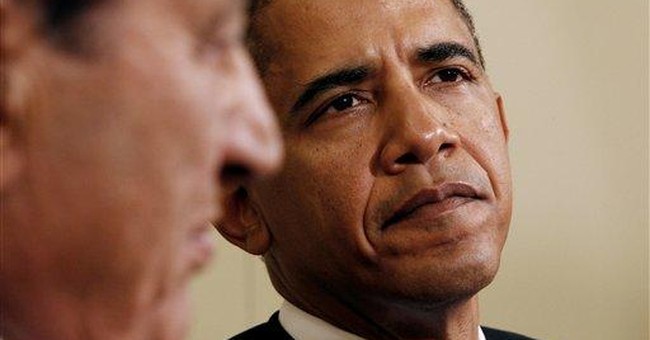 “MOST VALUABLE BOSSES” At a time of economic pain and insecurity, populist outrage inevitably focuses on corporate leaders who pocket huge paychecks despite the wretched performance of their companies. For instance, since Kenneth D. Lewis took over as top executive of Bank of America in April, 2001, the firm’s annual return of -8% (as reported by Forbes Magazine) significantly trailed the record of the S & P 500, but Mr. Lewis has received compensation that averages more than $30 million annually.

Fortunately, many other bosses offer a wholesome contrast to the well-publicized instances of lavish pay for poor performance. Since 2002, Forbes has compiled an annual scorecard of performance vs. pay to select those executives whose achievements represent the most conspicuous bargains for investors. At the top of this “Most Valuable Bosses” list for 2009 was Michael L. Bennett of Terra Industries, a chemical company specializing in nitrogen compounds. Over the last six years, he delivered an eye-popping annual return to shareholders of 64%. His payment during that period of spectacular growth averaged a relatively modest $3.5 million (including salary and other benefits).

Another example of an apparently underpaid executive is Jeff Bezos of Amazon.com, who has generated an annualized total return during his career with the company of 40%. During the last six years, however, he took total, annual compensation of “only” a million dollars a year. Since he also owns 24% of Amazon’s stock, it’s probably inappropriate to feel pity for Mr. Bezos, who still places 110th on the Forbes List of world billionaires.

PAID FOR DOING THE WRONG THINGS

The most trenchant analysis of the financial catastrophes of recent years suggests that businesses suffered most from the misguided basis for calculating executive rewards, not from the mere size of bonuses and compensation packages. Judith Samuelson (of the Aspen Institute) and Lynn Stout (of UCLA Law School) summarized their conclusions in the Wall Street Journal (February 26, 2009): “Our economy didn’t get into this mess because executives were paid too much. Rather, they were paid too much for doing the wrong things.”

At the heart of the problem was “short-termism” – a tendency to emphasize quick, risky gains rather than steady, long-term progress. “Over the past decade, corporations in general – and banks and finance companies in particular – have become increasingly focused on a single, short-term goal: raising share price,” write Samuelson and Stout. “Rather than focusing on producing quality products and services, they have become consumed with earnings management, ‘financial engineering,’ and moving risks off their balance sheets.” The emphasis on stock options in executive compensation provided powerful incentives for the dangerous emphasis on short-term gain, since the value of the option depends exclusively on the price of the company’s stock on the option exercise date—most often just a few years in the future.

Roy C. Smith of New York University, a former partner at Goldman Sachs, argues that merely lowering paychecks or bonuses will do nothing to change the perverse incentives built into the current system, but changing the emphasis on quick gain and short term horizons must be a key element in any reform. “This needs to be fixed by increasing the proportion of bonuses that reflect performance over a longer term,” he writes, “and to provide for ‘clawbacks’ of bonuses accrued when positions or transactions go awry at a later time. Many firms have begun to do this.” (Wall Street Journal, February 7, 2009).

Under the influence of lurid Hollywood imagery, many Americans harbor the mistaken idea that the best way to succeed in business is through double-dealing and utter ruthlessness, with no moral restraints on personal or corporate behavior of aspiring captains of industry. Movies and TV shows regularly portray business leaders as equally reckless in the bedroom and the boardroom. Reality, on the other hand, far more conspicuously rewards restraint, concentration and self discipline, as most studies of economic success make clear. For instance, the Wall Street Journal recently posed a series of questions for budding business builders that would help determine their chances for success (“So, You Want to Be an Entrepreneur,” February 23, 2009). The challenges listed--“Are you willing to sacrifice your lifestyle for potentially many years?” “Is your significant other on board?” “Are you a self-starter?” “Are you comfortable making decisions on the fly, with no playbook?”-- focused almost entirely on questions of character and maturity, rather than talent or resources.

Even in matters of intimate integrity, major corporations make far more rigorous demands on their leaders than the worlds of politics and media. During the Bill Clinton impeachment crisis of 1998-99, a common Republican mantra suggested that no corporate CEO could have survived revelations (and public lies) about a long-term dalliance with a youthful intern. In fact, less than six years later, the chief executive of one of the nation’s largest companies lost his position because an investigation by the corporate board produced evidence of an affair. At Boeing, CEO Harry Stonecipher (married and with grown children) resigned after admitting a romantic involvement with a female executive. In less than three years (2003-05) Stonecipher’s leadership had turned the company around, bringing an impressive 50% increase in the aircraft giant’s stock price, but the board still demanded that he leave “because of actions inconsistent with Boeing’s code of conduct, which reflected poorly on his judgment and would impair his ability to lead going forward.” According to Cai von Rumohr, an analyst with S.G. Cowen Securities Corporation in Boston: “Under the circumstances, the person who heads Boeing has to be Mr. Clean. Basically the firing was done to restore the company’s credibility. Performance-wise, the company was on an upswing. This will be yet another change, just when the company was starting to re-establish its momentum.”

Governors, senators and even a president of the United States (not to mention the most prominent figures in movies, television and even broadcast journalism) have kept their exalted positions after behavior far more outrageous than Mr. Stonecipher’s – suggesting that far from constituting a putrid sinkhole of corruption, most corporations continue to encourage (or even demand) some attention to traditional standards of decency.