Can We Please Dispense With the “Policy Via Wishful Thinking” Approach? 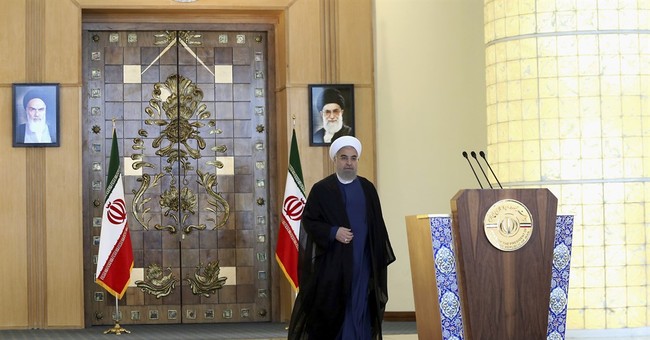 In the world of politics and legislation, the phrase “best-case scenario” used to be that which we hoped would occur. We wanted to be pleasantly surprised by an outcome but we did not count on it. We certainly did not organize our laws, plans, policies, and procedures around it.

That has now significantly changed and the consequences are – and will likely continue to be – massive. Unfortunately, there are many examples.

The first thing that comes to mind is as a result of James Holmes’ guilty verdict in Colorado yesterday. His horrific act of mass murder was the result of a utterly twisted and depraved individual, of course, but there is one detail that is only occasionally mentioned: he specifically chose a gun-free zone.

Colorado’s gun laws are relatively liberal – certainly far more so than my state of California. But the Aurora theater that Holmes chose specifically identified itself as a gun-free zone. To the best of my understanding, it was a gun free zone – right up until it wasn’t.

Wishful thinking on the part of the theater owners was extraordinarily successful. Right up until it wasn’t.

The shooting in South Carolina could be subject to the same sort of analysis. It is a documented fact that Dylann Roof decided not to attack a local college because he was aware of armed guards on the campus. On the other hand, the Pastor of the Charleston church was a well-known anti-gun activist and the church was avidly gun-free. This is also despite relatively liberal laws in South Carolina.

The recent Chattanooga shooting occurred inside a military recruiting center with a “gun-free zone” sticker plastered on the window. Marines, the best fighters in the history of mankind, were not allowed to have a weapon. Now it seems silly and ridiculous – and hopefully those laws will change – but for years that was the requirement.

Of course, there is no way to know if a brandished firearm by one of the victims in these scenarios would have made any difference. But it is hard to imagine that it wouldn’t. Because rules were in place based upon idealistic notions, they weren’t even given a chance.

President Obama’s statements earlier this week about the amount of money spent nationally on incarceration and his calls for sentencing reform is another example of “policy by wishful thinking.” Of course the billions spent on housing criminal could be spent in more productive and positive ways.

But people break laws and we as a society have determined that there should be penalties and punishments for such activities. Longing for it to be different and then adjusting statutes may feel good, but it won’t change the fact that people will do bad things. It brings to mind that great line in Jim Carrey’s “Liar Liar” when he was confronted with a client who found himself in jail again and wanted some advice:

“Stop breaking the law, A$$$%&*!” was the wise advice Carrey’s character gave him.

I would prefer that medical spending be directed to other things. Imagine how much good and productivity could result in our country if illness didn’t exist. But so what? Ignoring the fact that illness and sickness happen and pursuing policies with that dream in mind would be ludicrous.

The biggest example of hopeful wishful policy, of course, is the recently-announced agreement with Iran. If Iran sticks to the agreement then all will be great. It seems that we’ve treated them assuming that their intentions are to comply and leave behind their rogue nation status. This is despite what they’ve been saying at home and decades of track record.

Defenders of the agreement will point to the verification and inspection requirements contained within the deal. And if they work, they will work. Which will be awesome. But what if Iraq doesn’t act the way we hope they will? And shouldn’t that actually be the basis for the terms of the agreement?

The details of the actual process for the inspections are particularly subject to this analogy: Imagine that I’ve caught my teenaged son possessing an unacceptable magazine and we agree that it will never happen again. He states that his room is girlie-mag free and that I can check to make sure. But, by mutual agreement, I have to notify him 48 hours in advance of the inspection, have to identify precisely where I’ll be looking, am forbidden to look anywhere else, and if he objects, will have an additional amount of time before the inspection occurs.

Wouldn’t you say I was the most naïve and incompetent parent in history? Wouldn’t you say that I’m setting myself up to make sure I never find evidence of contraband and almost guaranteeing that he’ll continue reading and keeping them?

You would be absolutely correct. Yet that is exactly what is going on right now in Washington and some statehouses. I fear for our future as a result.