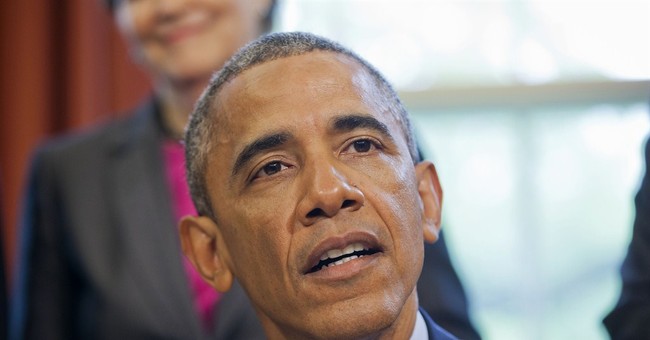 A Daily Beast editorial popped up in my timeline as a paid advertisement and as it was titled “The Most Honest 15 Minutes of Obama’s Presidency,” I was certainly intrigued. I’d have guessed there’s not been a total of 15 minutes of honesty in Obama’s Presidency since he took office, so I gave the article a shot.

The writer did not deliver as promised, but it did encourage me to go to the White House website to read the entire transcript of the President’s remarks. They were given during a joint press conference with Japanese PM Abe and he diverted from international issues when he answered a question about the mob riots in Baltimore.

Three things poignantly stood out in his comments and in response, each one of them generated a question in my mind. To each, I’d certainly like an answer.

“Now, the challenge for us as the federal government is, is that we don't run these police forces. I can't federalize every police force in the country and force them to retrain.”

Would federalizing the police and forced retraining do anything at all, other than transfer control to a centralized power?

As of right now, the only thing we know is that Freddie Gray died in police custody. We don’t know why he died or even if the police had anything to do with it. If they did, then of course those involved should be punished. But there are now even stories suggesting he had significant pre-existent conditions that may have been a factor.

As far as the retraining goes, killing suspects or being racist or using excessive force is not a central part of the current training for most departments, I would guess. In fact, I’d feel safe asserting that every single police force in the country has extraordinarily specific rules, careful policies, and onerous education processes forbidding even a hint of these types of activities. And rightly so.

Why are these communities impoverished and who stripped away investment and opportunities?

A quick little search shows Baltimore suffers from the same ills as many big cities: high crime rates, horrible education results, dismal employment numbers, falling real estate values, and so on. That explains why people are impoverished and why businesses don’t want to locate there. They’re dreadful places to live and pursue commerce.

A little more research shows that Baltimore shares something else with similar cities: utter domination by one political party. The last Republican administration in the city ended in 1967. Back to at least 1955, the President of the city council has been a Democrat. In other words, it’s been a veritable control petri dish for Democrat and progressive policies for 40 to 50 years. Their results speak for themselves.

The President bemoans poverty and the opportunities that have been stripped, but those whose ideas and politics he’d directly support have done the impoverishing and stripping.

“Now, I’m under no illusion that out of this Congress we're going to get massive investments in urban communities.”

Is more money from the Federal government what Baltimore really needs?

This comment is just about castigating his political opposition. “Evil Republicans don’t care enough….blah blah blah.” He doesn’t really care about doing anything significant for Baltimore (nor any city like it).

The President’s political party owns that city. During the 2012 election, Obama received just north of 87% of the vote in the city, with some precincts reporting a 100% vote for him. Look up the phrase “taken for granted” in the dictionary and there’ll be a photo of the citizens of Baltimore.

It’s incredibly disappointing, but also not surprising, that the President used this opportunity to say such galactically stupid things. Considering that 23 years ago today the Rodney King riots began in Los Angeles, where 53 people were killed and hundreds more injured, citywide mayhem in Baltimore must be controlled and stopped. But the President’s approach isn’t going to help, especially thinking about solutions for the long-term.

As far as waiting for an answer to the questions I posed in response to his comments, perhaps he can tweet me an answer to @MPHaus…