The Rhetoric of the Rant 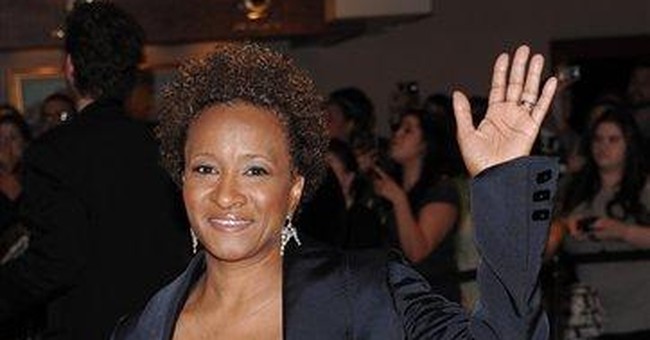 WASHINGTON -- The first response to the performer on a public stage wishing the death of a stranger for political reasons was discomfort. Wanda Sykes had "crossed a line" at the White House Correspondents Dinner in accusing Rush Limbaugh of terrorism and treason, mocking his past drug addiction and wishing his kidneys would fail. But a counterreaction soon developed: Humor is often transgressive, and if you can't take it, don't dish it, and let's everyone lighten up a bit, and can't anyone take a joke anymore?

The initial reaction was more human.

Sykes' defenders found her pungency unexceptional, which is true. It represents a whole genre of political discourse: the rhetoric of the rant. This approach recently introduced the "c" word into the national debate on gay marriage. It leads some spotlight-chasing conservatives to attack opponents as "traitors" and to employ racist epithets. It is the dominant form of public comment on the Internet, where the pithy, personal, scatological attack has become a minor art form, rather like sculpting in excrement.

What I'm describing is not the blunt earthiness of the farmer or the unguarded political overstatement among friends. It is a practiced form of verbal aggression, combining harshness and coarseness to shock and intimidate.

The practitioners of the rant have their own television shows, radio programs and Web sites. And now it seems they will have their own elected representative, the author of "Rush Limbaugh Is a Big Fat Idiot." Al Franken has made a career of such rants, asking "Isn't Cardinal O'Connor an a..hole?" calling opponents "human filth" and suggesting that his next book might bear the title: "I F...ing Hate Those Right-Wing Mother F......!" Which many Minnesotans apparently found refreshing.

The advocates of this approach often describe it (and themselves) as courageous. Franken explains, "My dad did say, 'If you stand up to bullies they usually back down.'" But those who make their living beating up others for their lunch money must eventually be categorized as bullies themselves. They take perhaps the commonest human vice -- self-indulgent anger -- and cloak it as a rare virtue. But it is a strange moral inversion to talk of the "courage" of the upraised middle finger. Perhaps adolescent rudeness. Maybe boorishness. Not courage, which involves standing up for a belief, not dehumanizing those who don't share it.

America doesn't need another scolding lecture on the importance of civility. Well, apparently it does. So here goes.

The practice of civility is important to democracy. In his book, "Civility: Manners, Morals and the Etiquette of Democracy," Stephen Carter defines civility as "the sum of the many sacrifices we are called to make for the sake of living together. ... We should make sacrifices for others not simply because doing so makes social life easier (although it does), but as a signal of respect for our fellow citizens, marking them as full equals, both before the law and before God."

Respect makes cooperation in the common good possible. Civility acts like grease in the democratic machine; disdain is sand thrown into the gears. But civility is also a direct reflection of our belief in human equality. Even people we vehemently disagree with on the largest issues possess a democratic value equal to our own. Carter argues that this recognition does not preclude "passionate disagreement," but it does require "civil listening" -- and I'd guess it forbids referring to strangers as a..holes and hoping for their death.

So civility has an unavoidably moral component. The proper treatment of others conveys regard and demonstrates self-control. Rudeness sets out to dominate and humiliate. This is not only true in politics. "Precisely because rudeness is quite common," says philosophy professor Emrys Westacott, "it is not a trivial issue. Indeed, in our day-to-day lives it is possibly responsible for more pain than any other moral failing." Verbal violence can leave people smarting for days, or scarred for years, or pushed like a vulnerable junior high-schooler toward suicide. Such hostility is broadly and correctly condemned. Why does politics seem to numb this rudimentary moral sense?

The answer, of course, is the infectious nature of incivility itself. Every excess provides the excuse for greater and opposite excess -- a search for more vicious put-downs and more startling obscenities. Avoiding this escalation is one of the primary challenges of the schoolyard and one of the important attributes of a citizen. Everyone has grievances; fewer have the courage of manners. All of us need more of it.