The Appeal of Innocence 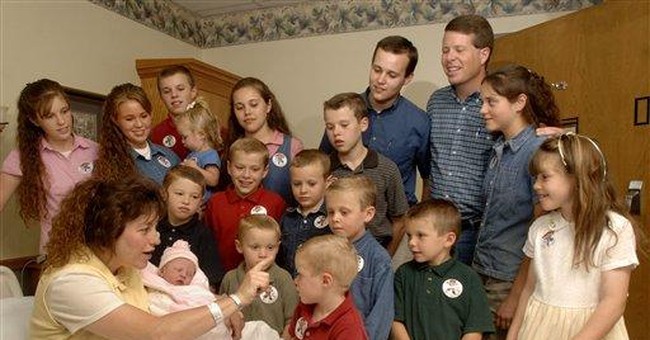 WASHINGTON -- Television has become a flat-screened, high-definition window for the voyeur. In the profusion of reality television series, the curtain is pulled back on the more or less scripted lives of real people put in contrived situations designed to humiliate, titillate or inspire -- but mainly to humiliate and titillate.

The morbidly obese are put through their paces on treadmills and weighed on scales. Women are ridiculed for their dumpiness -- actually displayed on a street corner in a plastic cubicle -- and subjected to makeovers including surgery. Game show contestants are dared to eat insects and offal. Young adults are locked together in a hothouse paradise to see what hormonal weeds might grow.

Most of this is trivial rather than disturbing. (OK, I admit to watching "American Idol" -- which David Archuleta, by the way, should have won last season.) But if great art can elevate, it follows that corrupt entertainment can corrupt. Reality television, in many instances, not only appeals to a leering cruelty, it cultivates a leering cruelty.

But there is a subset of this genre that accomplishes something unexpected -- using the camera to humanize rather than to mock. The cable network TLC specializes in what it calls the "docu-series," which places a camera in a home and rolls without intervention. Millions of Americans have gotten to know the impressively regimented Duggars, with 18 children and counting; the Roloffs, a family comprised of both little and average-sized people; and, above all, Jon and Kate Gosselin, raising twins and sextuplets of monumental cuteness.

One would imagine watching the daily lives of others to be tedious. But the mundane turns out to be fascinating, even radical. This season, the Roloffs experienced the death of a close family friend. It was shocking to see adults and children reacting on television with genuine, uncomprehending grief. All these TLC families take religion seriously -- also a rare sight on television. Though grief and faith are just about universal, they are nearly always hidden in our popular culture -- the massive things we are never allowed to see.

There is no mystery to the appeal of crassness. But the appeal of normality and innocence requires explanation. Some of the charm of these shows is their honesty, which can provoke a vague self-recognition. Kate Gosselin is allergic to stains, germs and disorder -- a control freak running a household beyond control. Jon is calm and wry, admitting, with universal maleness, "I don't like the way emotions make me feel." Their relationship is a display of commitment beneath grouchy, sleep-deprived strain -- a pretty good definition of marital love.

Their show, "Jon & Kate Plus 8," is also a running commentary on the rich individuality of children. "Without a doubt," Kate told me, "the most amazing part of being a mom of eight kids, two sets of multiples, is the fact that although they were womb mates and have been raised together in the same house with the same parents is the fact that each one is so very unique and individual." This is the definition of true humanism -- discerning in the small bounds of a single life an entire world of meaning and dignity. And this is the reason that parenthood is often the antidote to selfishness and the training ground for broader social sympathy.

In recent debates on multiple births, my thoughts turned immediately to Jon and Kate's children -- Cara, Mady, Alexis, Aaden, Collin, Leah, Hannah and Joel. Not every fertility technique may be wise. But every life, once begun, is an unmatchable individual and an unqualified blessing. When medical ethicists push selective reduction, the question naturally arises: Which ones?

The main achievement of this healthier kind of reality television is to reveal the dignity of domesticity. While a camera in a family's living room can't be termed art, artists have sometimes reached for this ideal. Johannes Vermeer found luminance in the writing of a letter or the pouring of a milk jug -- scenes lit from the broad world outside a window, but no more important than the world within.

And so the Gosselins remind us of the momentous, consequential dignity of timeouts and Play-Doh and potty training -- the love of children that is the love of life. And they recall, for some of us, a lost and sunlit time of small hands and small voices and the regular, trusting breath of a small body on a father's chest.