The Strange World of the Stump Speech 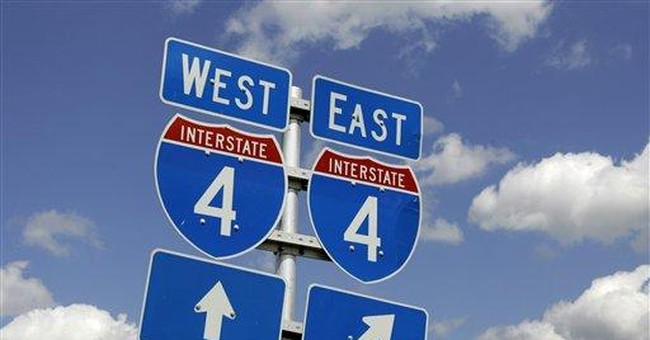 WASHINGTON -- When you strip away the cheap lines and petty attacks from presidential campaign stump speeches, you usually find a deeper layer of ... cheap lines and petty attacks. This rhetorical form generally is not a banquet of insight or a feast of reason. The purpose of these speeches is to excite enthusiasm in a swing state while breaking into the news cycle by exploiting your opponent's most recent campaign stumbles.

But stump speeches -- crafted on the fly at the highest level of a campaign -- reflect conscious political choices that do shed some light on a candidate and his times. Even a vapor reveals the direction of the wind. Two recent stump speeches in Ohio -- John McCain's in Dayton, Barack Obama's in Canton -- will suffice as examples.

In style, the contrast is sharp. McCain is a rhetorical master -- for those who consider the Gerald Ford era as the golden age of Republican speechmaking. McCain is physically vigorous, but his rhetorical approach -- using "my friends" like a stylistic cane -- is dated. His sledgehammer directness fits his personality, but is neither memorable nor inspiring.

Obama's style, in contrast, has worn well. He combines the mild cadences of a preacher with the reasoned tone of a college professor. He is not always eloquent, but he is always fluent, which is easily mistaken for eloquence. Above all, Obama communicates a remarkable self-possession -- a confident self-sufficiency -- that contrasts to the desperate affirmation-hunger of many politicians. No man is an island -- except, seemingly, this one.

In strategy, the closing stump speeches of the two candidates are fairly typical. Obama gives the front-runner speech -- dismissing all criticism in politics as unfair, ungentlemanly, unconstitutional, uncivilized and ungodly, while depicting his opponent as a monster of negativity who "would divide a nation just to win an election." McCain, also typically, positions himself as the relentless battler -- "fight" is his closing refrain -- against the presumptuous, drape-measuring dauphin.

In content, the candidates are delivering economically themed speeches. As opposed to the Obama caricature, McCain is not dishing up red meat on William Ayers and Jeremiah Wright -- though he must be sorely tempted. He is talking about capital gains tax rates, business taxes and government spending. Obama is also focused on the economic crisis, but because he is now campaigning mainly in red states, he adds a few touches of cultural conservatism -- the need for educational "accountability" and parental responsibility. But this is a gesture, not an agenda -- merely a glimpse of what a more creative, moderate Obama campaign might have been.

Obama's and McCain's stump speeches perhaps are most notable for the tensions at the heart of each. In his elegant glide to the finish line, Obama has returned to the theme of unity that characterized his early campaign. "We need to get beyond the old ideological debates and divides" and "unite in common effort: black, white ... young, old, rich, poor." Except, of course, the "rich" part, because his speech is also a classic of leftist populism, going after billionaires, big corporations, CEOs, "wealth" and "power" with hammer and tong. Obama is alternately possessed by the noble spirit of Martin Luther King Jr. and the noisy shade of Huey Long.

McCain attempts to take advantage of this tension by calling out Obama as "The Redistributor" -- recounting his history of unscripted liberalism and past support for tax increases. For the first time since the financial crisis broke, McCain has a coherent economic message: Is it really smart to raise taxes while headed into an economic crisis, as Herbert Hoover did? McCain also has a symbol (Joe the Plumber) and an Obama gaffe ("spread the wealth") to illustrate his point. And this message may have some resonance in the red states where the main electoral battles are being fought.

Unfortunately, McCain has no history of enthusiasm on the tax issue, having opposed tax cuts in 2001 and 2003, adding the following year: "I would clearly support not extending those tax cuts in order to help address the deficit." The political gods have left McCain to conclude his campaign -- intended to be the triumph of authenticity -- on a note of inauthenticity.

And so, in the strange world of the stump speech, we are left with the unifier who wants to behead the plutocrats and the budget hawk who talks mainly about tax cuts. In about a week, this world will become our own.