It’s Time for California Parents to Defy the Law

Michael Brown
|
Posted: May 20, 2019 12:00 PM
Share   Tweet
The opinions expressed by columnists are their own and do not necessarily represent the views of Townhall.com. 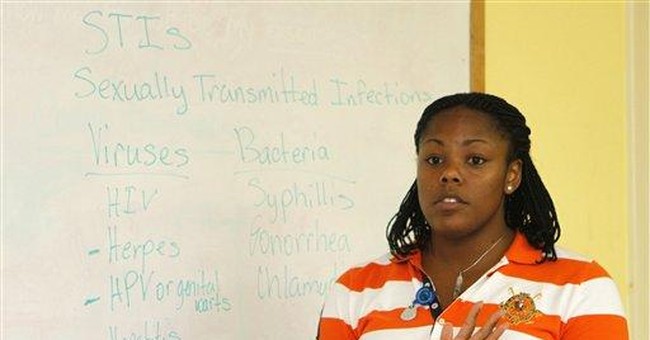 As followers of Jesus, we are called to submit to the laws of the land and to honor those in authority. The New Testament is very clear on this (see especially Romans 13:1-7). It is also very clear that there are exceptions to this rule, namely, when the authorities require us to disobey the Lord (see Acts 5:40-42). In that case, with respect, we say, “We must obey God rather than man” (see Acts 4:18-20; 5:29; to be perfectly clear, I’m speaking of non-violent resistance to the law.)

That time has come for parents in California.

In good conscience, they must say NO to the school authorities and YES to the Lord. It’s time to declare to the schools of California, “Quit using our children as pawns in the culture wars! Quit sexualizing our kids!”

I’m speaking about the radical new sex-ed curriculum being imposed on all students in the public schools, K-12, without exception, and without the option of parents removing their children from objectionable classes.

We’re talking about kindergarteners – little children just 5-6 years-old – being indoctrinated with transgender talking points. Indeed, as CBN News reports, “a book for kindergarten through third grade . . . teaches kids that they can be a boy, girl, neither, gender queer or gender fluid and that adults might not understand their gender identity.”

Parents, say NO to your impressionable little ones being exposed to trash like this. How dare the school bring such confusion to your precious children.

Parents, you must say that ENOUGH IS ENOUGH. (To get the full impact of this curriculum, watch this short video. For a written summary, see here. To work together and stay informed, go here.)

Many California parents have been speaking out for months, but the educators and legislators have largely turned a deaf ear, leading some parents to pull their kids out of classes already.

Now, across California, millions of other parents need to join together to say to the Nanny State: “No. You will not corrupt our children. You will not brainwash our little ones. You do not have the moral or spiritual authority to indoctrinate them. And if you refuse to listen to us, we will pull our kids out of your schools until you honor our demands.”

Really now, who appointed the school system to be the moral conscience of your family? Who appointed teachers to enter your homes on behalf of LGBT activists and sexual anarchists? How can you tolerate an invasion like this?

Earlier this year, hundreds of Muslim parents pulled their kids out of one school in Birmingham, England, to protest the gay activist curriculum. As a result, the school pulled the curriculum. There’s a lesson here for us.

I’m fully aware that not every parent is able to do this. Some work jobs while their kids are in school, and others cannot remove their children without creating further problems for their family. Wherever possible, Christian families should work together to help others stand for what is right.

But, one way or another, I urge every Christian parent in California to refuse to allow your children to be polluted by an immoral educational system, whatever it takes. (Again, I am speaking here only of peaceful means, not violent means, God forbid.)

And wherever else this is happening in America, it’s time for parents to wake up and do the right thing.  (Yes, and for pastors and leaders to do so as well.)

Above all, it’s time for parents and leaders to pour truth and love and biblical ethics into these impressionable kids. If we don’t do it, be assured that the world (and their peers) will.

Here’s how Jesus feels about things like this: “whoever causes one of these little ones who believe in me to sin, it would be better for him to have a great millstone fastened around his neck and to be drowned in the depth of the sea” (Matthew 18:6).