Russiagate And The Dangerous Trap Of Believing A Lie

Michael Brown
|
Posted: Mar 27, 2019 12:01 AM
Share   Tweet
The opinions expressed by columnists are their own and do not necessarily represent the views of Townhall.com. 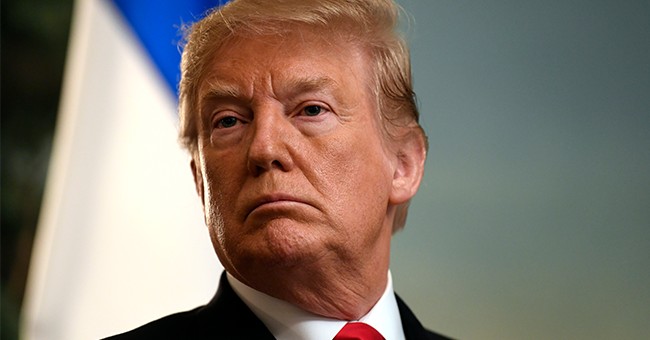 When you invest your life in a lie, it’s often far easier to continue lying than to embrace the truth. In the same way, when you fall into deception, it’s much easier to continue with the ruse rather than come to grips with reality. Awakening is very costly. And very humbling.

This week, with the “no collusion conclusion” of Mueller, we’re watching this phenomenon unfold in front of our eyes. People would rather continue to believe a lie than admit they have sold their souls to falsehood.

It’s like a little girl who fibs to her parents, then is caught in her lie. “You don’t believe me!” she sobs, as her parents gently tell her they know she’s not telling the truth. “How can you be so cruel?” she asks – quite convincingly at that.

She’s trapped, and in her immaturity, she digs in deeper.

It’s like the businessman who gets caught with his hand in the corporate cookie jar. “It’s not my fault!” he protests. “You have no idea what’s going on with this company.”

When it comes to Russiagate, some politicians and cable networks and news outlets and publications and others have invested their entire reputations in the “Trump is guilty of collusion” narrative. How do they extricate themselves now? “Hey, we got it wrong day and night for the last two years, but we’ll do better next time. We falsely accused the president of treasonous behavior without hard evidence, but nobody’s perfect.”

Really? How many times can you cry wolf (or, in this case, “Collusion!”) before people simply stop listening to your plaintive cries?

But when you’re in this deep, it’s easier to keep crying wolf, to entrench yourself more deeply, to dig in your heels with fresh determination. “There’s a cover-up somewhere!” Or, “Mueller was not the man we thought he was!” Or, “Trump and Putin were just too powerful!”

Even the Young Turks – about as staunchly left as they come – had to mock the media’s obsession with Russia, playing a compilation someone put together of Rachel Maddow’s “Russia” fixation from just one episode of her show. (Watch here if you haven’t seen it yet. It’s worth a minute of your time.)

Looking at this from another angle, the principle of cognitive dissonance often comes into play. According to the Simply Psychology website, this “refers to a situation involving conflicting attitudes, beliefs or behaviors. This produces a feeling of mental discomfort leading to an alteration in one of the attitudes, beliefs or behaviors to reduce the discomfort and restore balance.”

The website continues with this striking example: “Cognitive dissonance was first investigated by Leon Festinger, arising out of a participant observation study of a cult which believed that the earth was going to be destroyed by a flood, and what happened to its members — particularly the really committed ones who had given up their homes and jobs to work for the cult — when the flood did not happen.

“While fringe members were more inclined to recognize that they had made fools of themselves and to ‘put it down to experience,’ committed members were more likely to re-interpret the evidence to show that they were right all along (the earth was not destroyed because of the faithfulness of the cult members).”

That’s exactly what’s happening today with political leaders, media pundits, Hollywood celebrities, and others who have bought into the collusion myth hook, line, and sinker.

And this reminds me of a story.

When I was in grade school, one of my friends fell asleep on a Saturday afternoon, then woke up, thinking it was a school day morning. He got dressed but wondered why his father was home, sitting at his desk. “Why isn’t Dad at work? Why is he in the wrong place?"

He then started to walk to the bus stop, wondering, “Why are my friends playing outside? Why are they in the wrong place?”

He then looked up in the sky and saw the sun where it was not supposed to be, wondering, “Why is the sun in the wrong place?”

It was at that point – thankfully – that reality set it and he realized that it was he himself, not the sun, not his friends, not his father, who had things wrong. How relevant!

Someone once said that the trouble with deception is that it’s very deceiving. Exactly! That’s also the power of a lie: It’s very believable, especially if it fits with our preconceptions and prejudices. And, human pride being what it is, it’s often easier to continue to lie to ourselves and others rather than face up to the truth and realize that the sun is not wrong, we are.

Consequently, it takes real integrity to pen an op-ed titled “Apologies to President Trump” and for The Hill to publish it.

As the writer, Sharyll Attkisson, stated so eloquently, “We in the media allowed unproven charges and false accusations to dominate the news landscape for more than two years, in a way that was wildly unbalanced and disproportionate to the evidence.

“We did a poor job of tracking down leaks of false information. We failed to reasonably weigh the motives of anonymous sources and those claiming to have secret, special evidence of Trump’s ‘treason.’”

These are not only powerful words. They are liberating words.

But the key to lasting freedom – to avoiding self-deception in the future – lies in going one step further and asking, “Why did I believe these lies in the first place? How did I allow myself to get so deceived?”

For almost 20 years now, I have been in dialogue with an ultra-Orthodox Jewish rabbi about Jesus being the Messiah. (I am what is called a Messianic Jew, a Jewish believer in Jesus. We’ll call my friend Shmuel. Our beliefs are as opposite as they fervent.)

We both agreed to pray this prayer for ourselves and for each other, recognizing how entrenched we were in our own views. On my lips, it sounds like this, “God, I pray for Shmuel and I pray for myself, asking you to give us the courage to follow You and Your truth wherever it leads, regardless of cost or consequence, whether by life or by death.”

I believe that’s the kind of prayer God will answer. It’s a prayer all of America would do well to pray right now.

(For my video commentary, see here.)