Musings on the President, the Religious Right, Democrats, and the Supreme Court

Michael Brown
|
Posted: Jul 10, 2018 12:05 AM
Share   Tweet
The opinions expressed by columnists are their own and do not necessarily represent the views of Townhall.com. 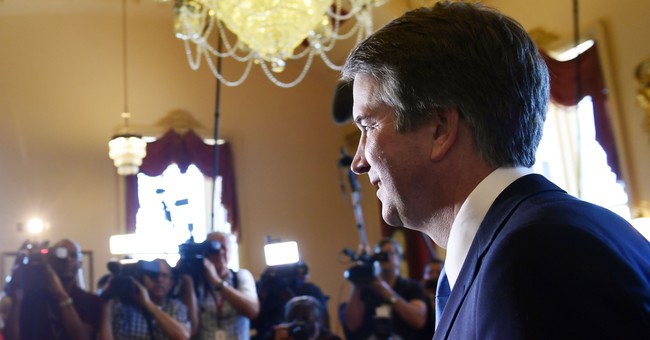 Since there are many legal pundits far more qualified than I to debate the merits and demerits of Justice Brett Kavanaugh, I’ll focus here on some larger, related issues.

1) This is the main reason many of us voted for Donald Trump. We do well to remember that many of us who identify as evangelicals had grave reservations about candidate Trump. Many of us said that, out of the 17 Republican candidates, he was our last choice.

Some of us (including myself) frequently spoke and wrote against him during the primaries. (See, for example, this video I posted on November 27, 2015, titled, “Why Evangelical Christians Should Have a Problem with Donald Trump.” Because it was my position at the time, for the sake of integrity and honesty, we have kept online even though I ultimately voted for Trump.)

Yet the major reason we voted for Trump in large numbers was because we hoped he would keep his word about Supreme Court nominees. And we voted for him because we were voting against Hillary, which leads to reflection on this stark reality: Had Hillary been elected, President Obama would probably have been able to get his pick for the Court, namely, Merrick Garland, while Hillary would be making her first pick now.

So, you would have Garland instead of Neil Gorsuch, plus a presumably, far-left pick rather than Brett Kavanaugh. And maybe Justice Ginsburg would be more ready to step down, allowing for a young liberal to take her place, and giving Democrats a third pick already.

The implications for America’s future – at least for the next 30-40 years – are massive.

To date, Donald Trump has not disappointed us in his picks, both for Supreme Court as well as for the many other federal appointees. This is a major reason, if not the major reason, many of us voted for him.

2) President Trump is not the puppet of the religious right. In the days leading up to the president’s Supreme Court nominee, this was a common charge. Yet it is one that can easily be dismissed.

Simply stated, if anything is clear about Trump it is that he is his own man. No one can bridle him or rein him in, to the consternation of many. And he has sometimes embarrassed conservative Christian leaders with his rhetoric and temperament. That is not the behavior of a puppet.

I’m close to faith leaders who got close to Donald Trump during his candidacy, and some of them are part of his faith advisory counsel. While he listens to them with respect, they would tell you that he makes his decisions independently.

As one of the leaders told me face to face when I asked about him tempering his tweets, “It’s unlikely that a 70-year-old man is going to change.”

What is remarkable, though, is that he seems to have embraced the convinctions of Christian conservatives when it comes to crucial issues such as abortion, religious liberties, and the meaning of marriage. It is a providential, quite unexpected, and apparently sovereign union, one that goes beyond Trump’s formula for victory. (In other words, it’s more than just good campaign strategy.) Somehow, these issues became important to him, because of which he became close to many evangelical believers, who then earned his respect and loyalty. Again, this is a far cry from being a puppet.

3) President Obama nominated two, far-left justices to the Supreme Court. What’s so terrible about President Trump nominating two solid conservatives to the Court? Comedian Dennis Miller tweeted two days ago, “Just to keep things in perspective, or not, Trump could nominate either Amy Coney Barrett or Vladimir Putin tomorrow and the headlines would be exactly the same. #DennisMillerOption.” Exactly so.

The one thing that was certain was this: Whoever Trump nominated, there would be an outcry from the left. The sky is falling! This is the end of the world! We must go to the streets and protest!

Fox News even played video clips Monday night of college students weighing in on the Trump nominee. They were interviewed hours (if not days) before Trump’s announcement was made, but already, they were denouncing the pick as racist. One student suggested the nominee wear white robes rather than black robes!

Yet President Obama was able to make his picks, and when it comes to their ideological base, you could easily argue that they are much further to the left than Gorsuch and Kavanaugh are to the right.

For example, in September, 2014, Justice Elena Kagan “officiated for the first time at a same-sex wedding, a Maryland ceremony for her former law clerk and his husband.” Yet the Court did not rule to redefine marriage until one year later.

Already in 2010, CBS News ran this headline: “EXCLUSIVE: Documents Show Kagan’s Liberal Opinion on Social Issues.” Her decisions to date have been consistently to the left, sometimes in extreme form.

As for Justice Sonia Sotomayor (to give just one example), when it came to the Hobby Lobby decision, she claimed that it compromised “hundreds of Wheaton [University’s] employees and students of their legal entitlement to contraceptive coverage” (my emphasis).

The real issue is that everyone knows that one of the greatest sacred cows of the left (and of the Democratic Party) is now at risk, namely, Roe v. Wade. Even the possibility of this landmark, horrific ruling being threatened sends shockwaves into the liberal world, and the reaction will no doubt be intense. The reaction will go far beyond words. It will turn to acts of violence.

My hope is that the extreme, shrill, and over-the-top reaction of the left will turn moderates away.

For the moment, though, expect things to get ugly. Really ugly.  May cooler heads prevail.