The Rotten Fruit of Radical Feminism and Identity Politics

Michael Brown
|
Posted: Nov 27, 2017 10:39 AM
Share   Tweet
The opinions expressed by columnists are their own and do not necessarily represent the views of Townhall.com. 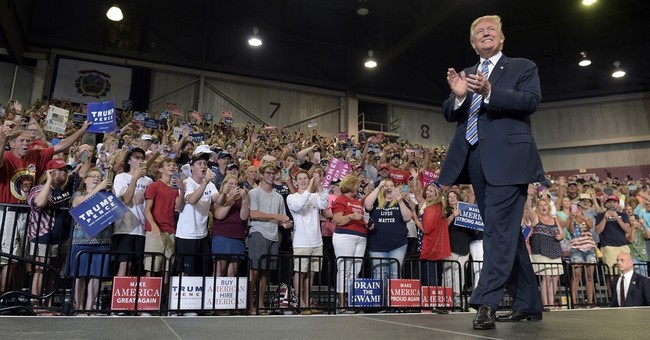 Unless you’ve been sleeping under a rock, you will have noticed an ominous cultural shift resulting in the wholesale condemnation of one class of people, namely, white, American males. In particular white, conservative, American males. By definition, they are evil, and by default, they are guilty. Whatever comes their way, they deserve.

Perhaps the one tweet best expressing this outlook comes from a black woman named Taiyesha Baker who used the moniker “Night Nurse.” She wrote, “Every white woman raises a detriment to society when they raise a son. Someone with the HIGHEST propensity to be a terrorist, rapist, racist, killer, and domestic violence all star. Historically every son you had should be sacrificed to the wolves.”

Are these sentiments extreme? Absolutely, and there has been a firestorm of well-deserved criticism against Baker. And I’m sure many black Americans find her comments utterly abhorrent.

But these sentiments were not expressed in a vacuum. Baker only articulated what some others were thinking, albeit in very extreme terms. Those evil, white males! It’s best if all of them were slaughtered in infancy, “sacrificed to the wolves.”

Emily Lindin, a white columnist with Teen Vogue, shared some similar sentiments, although, in her case, the hostility was not as extreme and was not limited to white males. Any male will do!

She tweeted, “Here's an unpopular opinion: I'm actually not at all concerned about innocent men losing their jobs over false sexual assault/harassment allegations.”

Come again? You have no problem with innocent males losing their jobs after being falsely accused? You wouldn’t mind if it was a fine, respectable, upright, ethical, hardworking, kindhearted man whose reputation was sullied and whose career destroyed because of outright lies? You wouldn’t mind if this happened to your father or your brother (or husband, if you are married)?

Precisely so. As she explained, “Sorry. If some innocent men's reputations have to take a hit in the process of undoing the patriarchy, that is a price I am absolutely willing to pay.”

Patriarchy must be crushed, and there will always be innocent casualties of war. So be it.

As for whiteness, it is inherently evil and must be eliminated or subjugated.

This is the fruit of decades of radical feminism and identity politics. It is fruit that is rotten to the core.

Martin was asked, “For a party that is evangelical and dealing with someone who was claiming to be a religious moral leader [speaking of Judge Roy Moore], what does that tell us?”

Martin responded, “It tells us, first of all, white evangelicals do not care.”

All these comments and quotes reflect what happens when a group of people gets caricatured, when there is an Animal Farm type reaction that demonizes those who are dominant in society, when “justice” means hurting those whom you perceive have previously hurt you.

It hardly matters that the vast majority of men recently accused of sexual harassment are liberals or that other liberals are covering for them (like Nancy Pelosi claiming that Congressman John Conyers is an “icon” who deserves due process while calling Roy Moore a “child molester,” or MSNBC’s Kasie Hunt defending Al Franken).

To be sure, anti-white, anti-male, and anti-evangelical sentiments like this are not new. But having simmered and festered for several decades on university campuses and among liberal intelligentsia, they are now rising to the surface with shocking anger and ferocity.

The controversial nature of the Trump presidency, following on the heels of eight years of identity politics under President Obama, provided the perfect breeding ground.

That’s why, in the coming days, I expect even more shrill, more despicable sentiments to be expressed. You have been forewarned.

On our end – and by “our” I mean civil-minded people from every background – we do well to major on the majors: standing for justice for all; standing with the oppressed; and standing against stereotypes and lies.

This way we can be busy doing good while the extremists are getting exposed for who they really are.