Michael Brown
|
Posted: Sep 20, 2016 12:01 AM
Share   Tweet
The opinions expressed by columnists are their own and do not necessarily represent the views of Townhall.com. 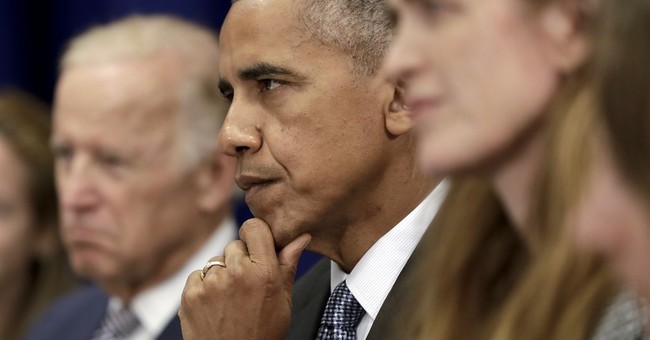 It is no secret that America is deeply divided today, due in no small part to the words and actions of our president. Unfortunately, rather than drawing us together as we approach the 2016 elections, President Obama continues to divide us.

First, there was his appeal to African Americans, insinuating that if they didn’t get out and vote (meaning for Hillary Clinton) it would be a personal insult to him and a blemish on his legacy.

Next, there was his claim that the only reason Americans would not vote for Hillary was that they were sexist, not wanting a woman to lead the country, a woman who, in his eyes, was infinitely more qualified to be president than Donald Trump.

As reported by the UK’s Independent, “During an impassioned speech to the Congressional Black Caucus Foundation, an organisation that carries out research on issues affecting African-Americans, Mr Obama said it would be an ‘insult to his legacy’ if the black community voted for Donald Trump – or refrained from voting at all – in the upcoming election.”

The president said, “I will consider it a personal insult – an insult to my legacy – if this community lets down its guard and fails to activate itself in this election.

“You want to give me a good sendoff? Go vote.”

Viewed in that light, President Obama’s comments are borderline racist (or even blatantly racist).

As for dividing on gender lines, Breitbart reports that, “President Barack Obama suggested at a New York fundraiser that American society is sexist, which is why Hillary Clinton is struggling to beat Donald Trump in the polls.”

He said, “There’s a reason why we haven’t had a woman president–that we as a society still grapple with what it means to see powerful women. And it still troubles us in a lot of ways, unfairly, and that expresses itself in all sorts of ways.”

And in the president’s judgment, while the election looks to be close, it ought not be, since Hillary is so much more qualified than Trump: “She’s been in the room where it happens, repeatedly. And her judgment has been unerring, and she has been disciplined, and she has been extraordinarily effective in every job that she’s had.”

Once again, this is a divisive tactic and a slam on the American people.

Of course there are abundant reasons not to vote for Hillary Clinton.

Of course there are abundant reasons to distrust her integrity, to question her honesty, to lack confidence in her ability to lead – and none of this has anything to do with her being a woman. It has to do with who she is (or is perceived to be) as a politician, as a leader, as a human being.

We could just as easily argue that the reason people hate Trump is because he’s a man. After all, look at all the deals he has made! Why would anyone vote against him unless they were sexist?

That would be an equally ridiculous argument, yet it is an argument (in reverse) that the president is making.

The reality is that many Americans of all colors and sexes have strong reasons not to vote for Hillary Clinton (or even to sit out the presidential election entirely).

It is a terrible shame that our president chooses to make this a matter of race and sex.

He is, sadly, proving to be divisive to the end.