Michael Brown
|
Posted: Aug 20, 2016 12:01 AM
Share   Tweet
The opinions expressed by columnists are their own and do not necessarily represent the views of Townhall.com. 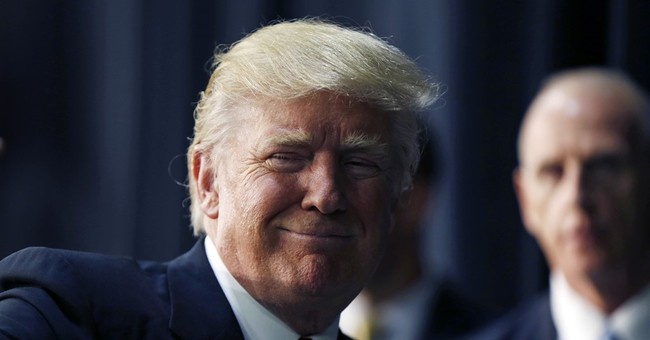 How big a deal was this?

The coverage on CNN.com was typical, calling this “an astonishing act of contrition.”

The CNN article, written by Jeremy Diamond and David Mark, began with, “Donald Trump on Thursday shelved his guiding mantra -- never back down, never apologize -- and did what he has refused to do in public in more than a year of campaigning.”

What exactly did he do? “He expressed regret.”

According to spokesperson Kellyanne Conway, the words were Trump’s own and not those of a scriptwriter, and while we have no way of verifying this beyond a doubt, when you listen to the audio of his remarks in Charlotte, North Carolina, it seems to confirm that this is something he wanted to say.

After stating that he was not going to be politically correct, he explained, “Sometimes, in the heat of debate and speaking on a multitude of issues, you don't choose the right words or you say the wrong thing. I have done that.”

Yet the crowd did not see an apology coming, cheering him on for his incorrectness, in other words, for not choosing the right words.

He then said, “And believe it or not, I regret it,” to which the crowd started chanting, “Trump! Trump! Trump!” It’s as if they were saying, “Keep saying the wrong things! Keep speaking your mind, whatever happens! Be Donald Trump!”

It also seems that some (or many) in his audience were genuinely confused. What? Our man regrets some of the things he has said? Seriously?

Now, had he been insincere in these remarks, just following the latest script given to him to read, this would have been the perfect time to say, “Yes, I regret not being even stronger! I regret not going after my opponents more aggressively!”

The crowd would have loved it, much as they loved his “apology” for calling Elizabeth Warren Pocahontas. He apologized to Pocahontas!

But not this time. Instead, he continued, “And I do regret it” – as far as I can tell, these words were not on the teleprompter but rather reflected his desire to prove his sincerity. He then returned to the teleprompter to say, “particularly where it may have caused personal pain. Too much is at stake for us to be consumed with these issues.”

Of course, if he was sincere, this raises other questions, which is why the CNN headline read, “Campaign reboot: Trump expresses regret for saying 'the wrong thing,' doesn't specify.”

Conservative pundit John Hawkins also tweeted, “Not sure it was a good idea for Trump to say he regrets some of the things he said. Sounds good, but he will be asked about specifics a lot.”

Will he apologize privately or publicly to Ted Cruz and his family or to others he attacked personally? This remains to be seen.

But there’s only one thing that matters to me right now. Did Donald Trump really mean what he said? Does he truly regret some of the words he has spoken, especially those that caused personal pain?

A reader on my Facebook page named Christopher wrote, “Hahahaha y'all foolin yourselves if you believe Trump is going to humble out and change. He is a rude, egotistic, bigoted individual and that's how he is going to be. Nothing about that man is presidential and he will do nothing to help the American people.”

As one who has raised warnings about Trump for the last year, beginning last August and frequently thereafter, urging him in May to learn to say “I was wrong” and offering him wisdom from Proverbs as recently as Thursday, just hours before he made his “I regret” comments, I do understand Christopher’s concerns and I don’t fault him for being cynical.

When Donald Trump does something he’s never done before, namely, expresses regret openly and publicly for words he has spoken, calling them “wrong” and acknowledging they brought “personal pain,” isn’t this itself an act of humility?

Now, some will argue that this has nothing to do with humility and is simply a political ploy, which could well be true. Politicians have been known to say and do just about anything to get elected.

On the other hand, everyone I know personally who has had a private (or small) audience with Trump has talked about how gracious and humble he was in that setting, contrasting that with his public persona. Perhaps the “humble Trump” does exist after all?

The Bible speaks of “the fruits of repentance,” which means we must prove our repentance by our deeds. So if Trump is being sincere, we’ll see a change in the weeks ahead, with no more crude, childish, personal attacks even as he launches an all-out assault on the record of Hillary Clinton.

I for one am hoping he was sincere, choosing to be neither gullible nor skeptical. Only time will tell. For now, we can say that this was a big step in the right direction.