If We Love Jesus We Will Keep His Commandments

Michael Brown
|
Posted: Aug 17, 2016 12:01 AM
Share   Tweet
The opinions expressed by columnists are their own and do not necessarily represent the views of Townhall.com. 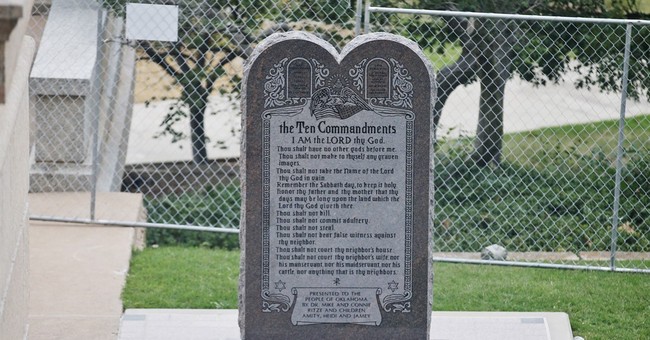 In a January, 2015 interview in GQ magazine, basketball superstar Kevin Durant talked about his personal spiritual transformation after learning about God’s love from Pastor Carl Lentz.

He explained that he once lived with the fear that, “If I do something wrong, I’m going to hell. I felt like I had to follow the Ten Commandments.”

Now, I sincerely hope that what he meant was this: “I used to live in constant fear of an angry, vengeful God who was watching my every move, out to get me if I broke a single commandment a single time, with the penalty of hell hanging over me all the time. Now, I realize that Jesus died for my sins and gave me a new heart, so I serve God out of love, not terror.”

Yes, I truly hope that’s what he meant and that he wasn’t saying, “Because Jesus died for me, there’s nothing left for me to do, since God forgives me no matter what.”

His commandments include living holy lives (see, for example the Sermon on the Mount in Matthew 5-7) as well as loving one another as he loved us – lofty goals, for sure, but things we are called to, nonetheless. His grace not only forgives us; it empowers us.

To quote Jesus again, “"Not everyone who says to me, ‘Lord, Lord,’ will enter the kingdom of heaven, but the one who does the will of my Father who is in heaven” (Matt. 7:21).

This does not mean that we are saved by the merit of our good works. Instead, it means that those who are truly saved – those who truly know the Lord; those who are true Christians – are transformed by God and no longer live the way they used to live. And if they profess to be followers of Jesus and offer no evidence of a changed life, their profession of faith is questionable.

Although he expressed some interest in the message (as explained by revival historian James Edwin Orr), Cohen “made no commitment until some time later when another friend urged him, using Revelation 3:20 as a warrant, to invite Jesus Christ into his life. This he professed to do, but his life subsequently gave no evidence of repentance, ‘that mighty change of mind, heart and life’ [in the words of Archbishop Trench].”

Exactly! We offer a motivational, pep-talk, feel-good, self-help, personal-empowerment Jesus rather than the Jesus of the Scriptures, and in doing so, we damn our hearers rather than deliver them.

Again, I sincerely hope that Kevin Durant is a true Christian and that his life has been transformed by the gospel.

But I’m deeply concerned that tens of millions of Americans have heard a superficial message that bypasses the cross and that calls for no repentance and requires no change of life.

It is a message that denigrates God’s commandments – as if they were somehow inherently burdensome and wrong – rather than teaches that those who have been “born anew” through faith in Jesus will have those very commandments written on their hearts. And they will demonstrate their love for their Savior by doing what he says.

To repeat our Lord’s words, ““If you love me, you will keep my commandments.”