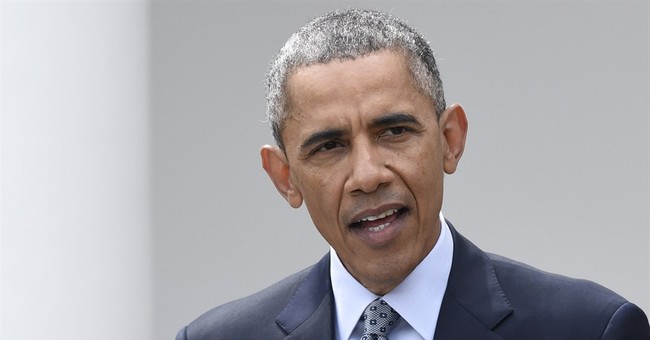 With all the major, life critical issues taking place in America and around the globe, it is absolutely mind-boggling that President Obama has decided to declare war on so-called “conversion therapy,” joining in the battle to outlaw professional counseling for minors struggling with unwanted same-sex attraction or gender identity confusion.

This is political correctness run amuck, and the president, with all his power and influence, is intruding himself where he most certainly does not belong, standing in the way of personal autonomy and individual choice, seeking to deprive young people of the very thing that might just save them from many years of suffering and pain.

By what authority does he seek to do this?

On April 8th, the New York Times reported, “Obama Calls for End to ‘Conversion’ Therapies for Gay and Transgender Youth,” pointing to an official White House statement posted by Valerie Jarrett which begins with this quote from the president:

“Tonight, somewhere in America, a young person, let's say a young man, will struggle to fall to sleep, wrestling alone with a secret he's held as long as he can remember. Soon, perhaps, he will decide it's time to let that secret out. What happens next depends on him, his family, as well as his friends and his teachers and his community. But it also depends on us -- on the kind of society we engender, the kind of future we build.”

I appreciate the president’s compassion, but it is misguided at best and, at worst, simply reflects his larger, radical LGBT activism.

Either way, what he fails to realize is that there are plenty of former homosexuals, some of whom are no longer same-sex attracted, some of whom have seen a great reduction in those attractions, and others of whom have broken free from homosexual relationships and are very happy with the present state of their lives, despite being same-sex attracted.

I know quite a few of them personally, I have watched some of their lives for years, and they are fulfilled, whole, healthy, and joyful people – and a good number of them received great help through professional counseling.

It is well-known that many of those who identify as homosexual and bisexual were sexually abused as children, and sometimes, they can trace their gay or bisexual feelings back to that abuse.

Yet the president wants to tell a child who has been sexually abused, who is now dealing with unwanted same-sex attractions, who for any number of reasons – social, spiritual, moral, familial – is not happy with those attractions, that it is illegal for that boy or girl, even at 17-years-old, to receive professional counseling.

This is outrageous and represents an extraordinary example of improper government overreach.

The same is true when it comes to transgender issues.

The president wants to make it illegal for a child who struggles with gender identity to receive professional counseling to help resolve those issues. In other words, if a boy feels like he is a girl trapped in a boy’s body, it would be illegal – yes, illegal – for that boy to meet with a psychologist or therapist who would work with the child to help him feel at home in his body.

Yet the president would be all for that child going to another counselor who would tell his parents, “Send him to school dressed as a girl, demand that the school treat him as a girl and be sure he uses the girl’s bathroom, put him on hormone blockers before he goes into puberty, and as soon as he’s old enough, get him sex-change surgery and then put him on hormones for life.”

According to the president’s philosophy, that would be perfectly legal, even commendable, but sitting down and talking with a child about his or her gender identity confusion, with the goal of helping that child avoid puberty-blocking hormones, sex-change surgery, and hormones for life would be illegal.

What kind of social madness is this?

The response from President Obama would surely be, “It has been proven that conversion therapy doesn’t work and that it is downright dangerous, not just snake oil, but snake oil that has led to many suicides.”

First, there are countless reports of success stories from professional counseling, and many of them have stood the test of time. That means that such therapy often does work.

Second, the alleged damage done by such therapy is often highly exaggerated and sometimes completely manufactured, while scientific studies challenging this are often suppressed by the gay activist lobby in the professional psychological and psychiatric associations. In keeping with this (and as I documented in A Queer Thing Happened to America), the media’s reporting about the APA’s Task Force study on “conversion therapy” was quite inaccurate, also failing to mention that every member of the Task Force was either openly gay (and, for the most, known for gay activist stances) or else a strong gay activist ally. And it is their study that is constantly quoted as “proof” that this professional counseling is negative and harmful. There is a reason that, with the exception of California, New Jersey, and the District of Columbia, attempts to outlaw “conversion therapy” have failed, and that is because the truth is trumping the lies.

Third, with all professional counseling for serious life issues, some people are helped, some people see no change, and some feel that the counseling hurt them. Perhaps all counseling should be banned because of the stories of failure? (I’m being facetious.) In reality, counselors do their best to help their clients, and it’s for the client to decide if they want to continue the counseling or not.

Fourth, the president ignores (or is ignorant of) the fact that many of those who undergo sex-change surgery end up with deep regret and irreversible pain, with a disturbingly high percentage committing suicide. Recent articles like Stella Morabito’s “Trouble in Transtopia: Murmurs of Sex Change Regret” point to a growing, disturbing trend, and if we really care about LGBT people, we need to listen carefully to these voices too.

I am certainly not advocating parents forcing their children into some kind of high-pressure, coercive counseling, and I advise every parent with a child who identifies as LGBT to show them their unconditional love.

At the same time, I absolutely support the right of a minor to receive professional counseling for unwanted same-sex attraction or gender-identity confusion, and with all respect to the office of the president, I say: Sir, please don’t impose your views on precious kids and young people who do not share you radical LGBT ideology. That is a right that you do not have, and it is absolutely not part of your job description to attempt to steal the right of self-determination from a young person.

Mr. President, there are many, serious issues that demand your attention and involvement. This is not one of them.

Wait...That's How Many Students Had a Problem With Dave Chappelle When He Visited His Alma Mater?
Townhall
It sure looks like Kamala Harris is rearranging the deck chairs on her proverbial Titanic
Twitchy
Justice Thomas Tears Into Pro-Abortion Lawyers With Hard Opening Questions
Redstate
40 Years Ago, Monty Python Predicted (and Mocked) Wokeness
PJ Media