My Gender Is 'Fill In The Blank' 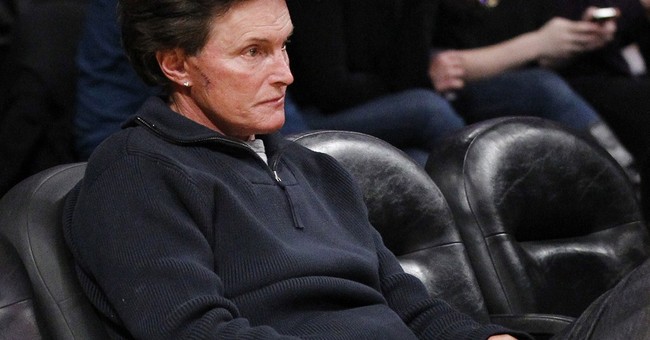 Now that Time Magazine has told us that transgender is the new black, I’m going to say something politically incorrect: Your gender is not whatever you think it is. Put another way, there is no such thing as, “My gender is ‘fill in the blank.’”

Unfortunately, Facebook didn’t get the memo, and so, according to AP’s Martha Mendoza, “Facebook users who don't fit any of the 58 gender identity options offered by the social media giant are now being given a rather big 59th option: fill in the blank.” (Yes, I know this sounds crazy, but it’s true.)

One year ago, I reported on Facebook’s new policy which offered American users 50 ways to describe their gender, including up to 10 different descriptions simultaneously.

Unknown to me, that number somehow increased to 58, as noted in the most recent report. But 58 “gender identity options” were obviously not enough. Some people needed another option, one they could quite literally make up themselves.

As Mendoza explains, “Facebook software engineer Ari Chivukula, who identifies as transgender and was part of the team that made the free-form option, thinks the change will lead to more widespread acceptance of people who don't identify themselves as a man or woman.”

Come again? By allowing people to describe their gender however they imagine it to be, this will lead to “more widespread acceptance” for them? And you can be a human being without having to identify “as a man or woman”?

In the vast majority of cases here, we’re not talking about someone with a serious, biological or chromosomal issue, because of which their gender identity is debatable.

We’re talking about people who are biologically male or female but are convinced in their minds that they are something other than their biological sex – either the opposite of their biological sex (and so, a man trapped in a woman’s body or vice versa) or some other variation (no fixed gender; alternating genders; multiple genders; no gender).

Now Facebook is making room for that option: My gender is “fill in the blank,” and so the sky is literally the limit.

But lest you think Facebook is introducing some cutting-edge innovation, they are actually late to the party.

According to a document dated February 5, 2005 – and so, more than 10 years old – the Los Angeles Unified School District Reference Guide stated that, “‘Gender identity’ refers to one’s understanding, interests, outlook, and feelings about whether one is female or male, or both, or neither, regardless of one’s biological sex.”

Your gender is whatever you perceive it to be, regardless of your biological sex, to the point that, if you believe you are both male and female or neither male nor female, that’s who you are.

And what if your perceptions change over time? So does your “gender identity.”

As explained in a 2013 NPR interview, one housing director “has clients who might be Jimmy one day, and Deloris the next,” because of which you have to “develop the habit of saying, oh, that person, that is a she, that's Delores. It doesn't matter that she looks rather like Jimmy or looks like she was called Jimmy by her parents” – unless, of course, today, she is Jimmy, in which case she is he.

In fact, I recently watched a video in which the speaker explained that one’s gender could actually change by the hour. I kid you not.

During the aforementioned NPR interview, one participant explained that some “high school students . . . said, I want you to call me Tractor and use pronouns like zee, zim and zer. And, in fact, I reject the gender binary as an oppressive move by the dominant culture.”

Facebook has now made room for that option: My gender is Tractor.

Why not? Who are we to argue? Who wants to be labelled transphobic and insensitive?

And what if your perceived identity is not even human, like those people who genuinely believe they are part animal? (That’s a whole other story for another article, but it’s a growing trend as well.) What if you genuinely believe you’re a werewolf or the like? How about “My gender is male werewolf”? Will that work?

I truly care for people who struggle with their gender identity, especially little children, who cannot possibly be accused of having some kind of sinister agenda, and I do hope we can get to the root of the very deep and significant issues that contribute to the feeling of disharmony they experience between their bodies and their minds.

It needs to stop.